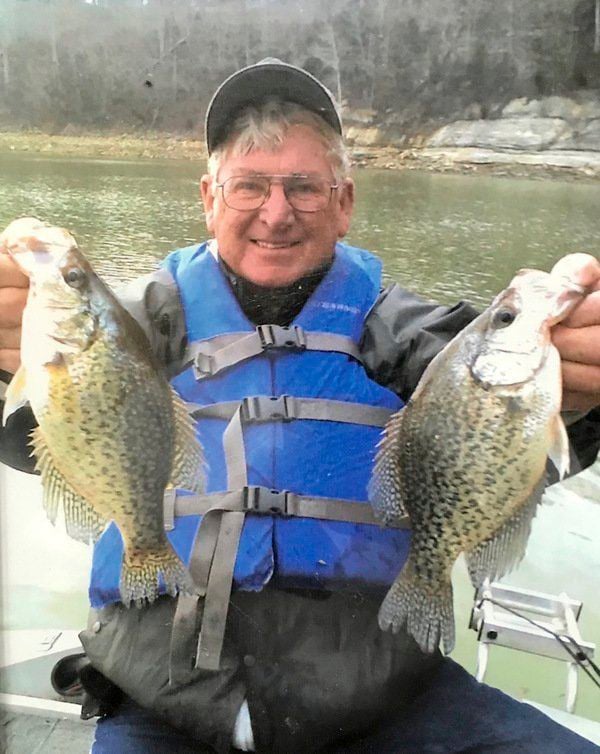 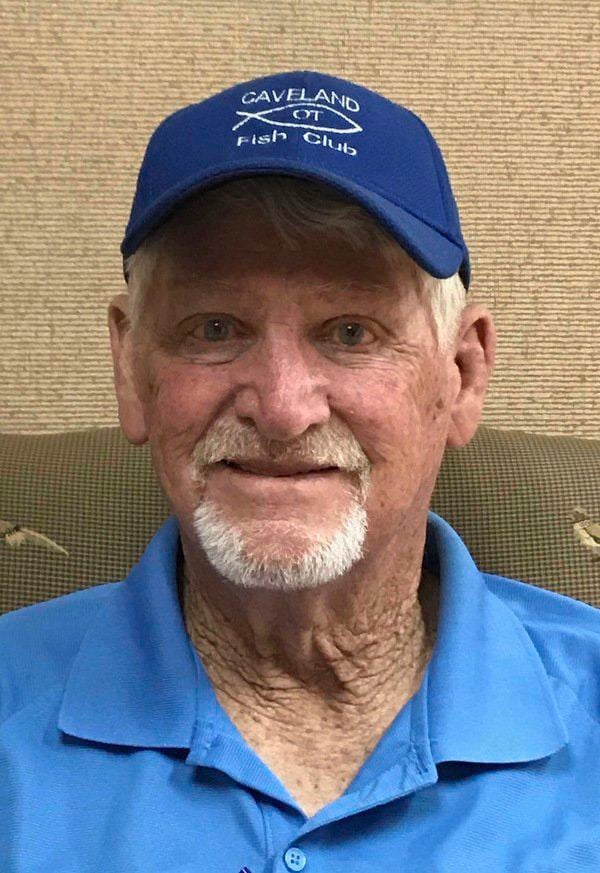 GLASGOW — If Ed Darst was given an opportunity to do anything he wanted, he'd choose fishing.

It's his favorite hobby.

The only other thing he might do if he couldn’t go fishing is to go hunting.

“I don't know how people enjoy life without fishing or hunting,” he said.

Darst worked for 30 years for the Kentucky Department of Fish and Wildlife Resources as a conservation educator, presenting wildlife conservation programs in Kentucky schools in nine counties. He retired in 2001.

After leaving his full-time position, he worked part-time for KDFWR in aquatic education.

It was while working in aquatic education that he came up with the idea for the Kentucky Senior Angler Society.

“The state really didn't get a hold of this like I wanted them to. I wanted them to establish chapters in every town and have a statewide tournament for older folks, retired people,” he said.

Darst wanted to introduce retirees to fishing, or in some cases, reintroduce them to the sport. He shared his idea with his friend, the late Elmer Richey of Glasgow, who decided to lend Darst a hand.

“He bought me a pontoon to take people out that didn't have a boat so that they could fish,” Darst said.

He took retirees fishing, as well as children who didn't have any other way to go except for when Darst took them.

“I took them Blue Gill fishing on Barren and we always had a big time,” Darst said. “That was pretty nice of Elmer to buy me a pontoon.”

Darst gave the boat to KDFWR when he stopped working part-time for the agency.

That was also when he started the Caveland Old Timers Fish Club.

“It's a Christian-based club,” Darst said.

The requirements for being a member of the club include being retired, 60 years old or older and an active Christian.

The Caveland Old Timers Fish Club has been active for about 10 years and continues to grow.

In 2018, some of the club's members left to start a similar club in Bowling Green.

“I had six from Monroe County. Lewis Carter was one of them, and Darrell Emberton and that bunch. They peeled off of my club and they've got a club of their own,” Darst said.

There are now four Christian-based fishing clubs that got their start from Darst's original.

“The Lord has allowed me to do this and it's been very gratifying,” Darst said.

The Caveland Old Timers Fish Club fishes at Barren River, Dale Hollow and Nolin lakes, as well as the Green River and anywhere else the club's members want to go.

He explained some clubs only want to catch a certain type of fish, but the Caveland Old Timers Fish Club fishes for everything.

The club has two events each year; one in April and one in May.

Darst caps the club's membership at 12, because he says it is more manageable with a limited number of members.

Darst could be labeled somewhat of an expert at fishing. He knows when it's the best time to go fishing and what bait should be used to catch specific types of fish.

He relies on the phases of the moon to know when the timing is right.

“There are two times when you need to go fishing, before and after a new moon and a full moon,” he said.

He keeps a fish schedule he clipped from a magazine in his wallet.

“I go pretty much by this,” he said, unfolding it.

But Darst also describes himself as “a wind man,” meaning he also goes by wind direction when determining the right time for fishing.

“You don't go to Dale Hollow, me, I don't, without crickets or worms — night-crawlers. That catches Blue Gill and Shell Crackers and that's the main reason I go down there,” he said.

He likes using an Ultra Light rod and reel.

“It brings out the boy in me,” he said, adding he has caught nine to 10 inch Blue Gill using that type of rod and reel and sometimes 12 inch Shell Crackers.

He often keeps the fish he catches, especially if they are known to be tasty.

When he's not fishing, he's hunting.

“My favorite time of year is when the Dogwood is blooming. That means the turkeys are gobbling and the fish are biting,” he said.

Like most fishermen, Darst has some tales to tell. He even has a story about the one that got away.

He also has a tale about the largest fish he ever caught, which occurred south of Lake Barkley. It was a Silver Carp that weighed about 45 pounds.

“It was about as long as I was. I couldn't even hardly hold it up,” he said.

One of the most touching things that has ever happened to Darst even involves fishing. His grandson, Blake Copass of Glasgow, wrote him a letter.

“I still get emotional about it. He thanked me for taking him fishing,” Darst said.

Regardless of whether he's fishing or hunting, Darst loves being outdoors.

“I like getting out in God's sanctuary. I do. I just love it,” he said.