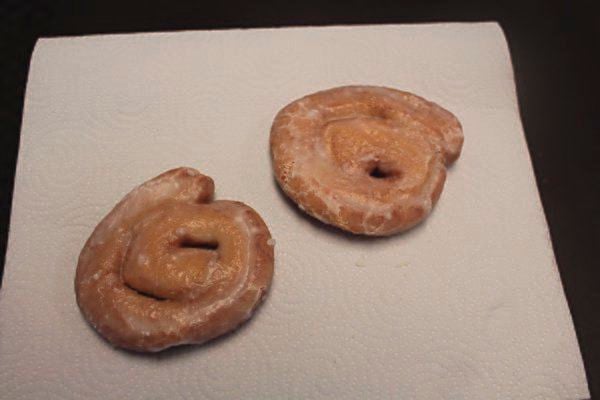 Freshly baked honey buns are a popular item with consumers, although officials say the largest produced item from the London facility now is donuts. 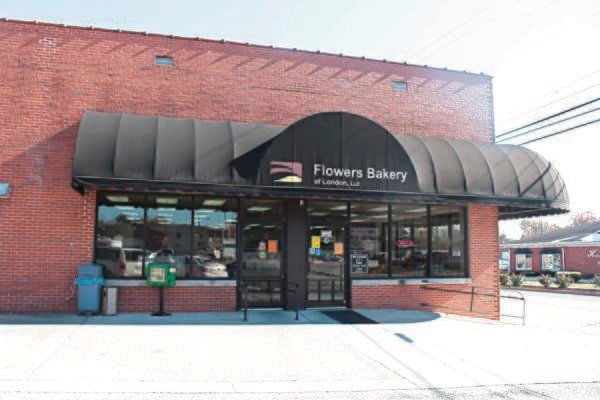 The Bakery Shoppe offers a variety of products made at the London facility and is open to the public with discounted prices from grocery and convenience store rates.

Freshly baked honey buns are a popular item with consumers, although officials say the largest produced item from the London facility now is donuts.

The Bakery Shoppe offers a variety of products made at the London facility and is open to the public with discounted prices from grocery and convenience store rates.

LONDON, Ky. -- The sweet smell that hovers along East Fourth Street in London is a symbol of a long-standing business that is celebrating its 90th year of operation.

Traveling by the 115,000-square-foot London bakery, many may not know that the sweet snacks it turns out -- including the honey buns that legend says were created by a relative of its founder -- are enjoyed by millions of people around the country.

While the direct ancestor of Flowers Bakery of London is Griffin Pie Company, which opened here in 1953 and was acquired by Flowers Industries in 1983, the story of Griffin Pie goes back to the 1920s.

Louis Griffin was a restaurant owner in Winston-Salem, North Carolina, who had his mother make small pies to round out his menu. The pies were so popular at the restaurant that in 1926, Griffin sold the restaurant, moved his family to Greensboro, North Carolina, and started making the small fried pies in his own kitchen, selling them to local restaurants. In 1929, Griffin Baking Company was born.

As the business thrived, Griffin bought another small pie company. But the Great Depression proved to be a true challenge and the company declined in the mid-1930s, supported by only a few remaining employees. Then, Nelson Griffin, a relative, joined the company and began developing sales for the fried pies.

Nelson Griffin started his own business in Charleston, West Virginia, in 1949, making the popular fried pies and other items.

William Brooks joined the business in 1951 and the bakery expanded to seven cities in six states, including Griffin Pie Company in London in 1953. By 1971, the company consolidated production, making London its home base.

In 1983, Griffin Pie Company was sold to a Georgia-based bakery called Flowers Industries. Today, that company is Flowers Foods, the second-largest baker in the country with more than 45 bakeries producing breads, buns, rolls and snack cakes under such brands as Nature's Own, Wonder, Dave's Killer Bread, Tastykake and Mrs. Freshley's.

Today, the London bakery turns out three million pounds of honey buns, donuts, donut sticks and fried pies every week on nine production lines. It employs more than 600 people and uses the services of 250 contract and temporary workers.

The London bakery is one of Flowers' largest cake bakeries. Combined, its three honey bun lines can produce almost 60,000 honey buns an hour or about 10 million honey buns per week. It also churns out a lot of doughnuts -- about 336,000 per hour when its four donut lines are running at full capacity. It's not surprising, then, that the bakery claims that if every item it made in a week was laid end-to-end, the line of treats would stretch 2,559 miles -- more than the distance between Jacksonville, Florida, and San Diego, California.

So, when you see the brands of Mrs. Freshley's and Tastykake and bite into that delicious morsel of sweetness, attribute that to the homemade fried pies that launched the business in a small restaurant in Greensboro nearly a century ago.

The success of the London bakery can be attributed to its attention to product quality and the dedication and talent of its employees.