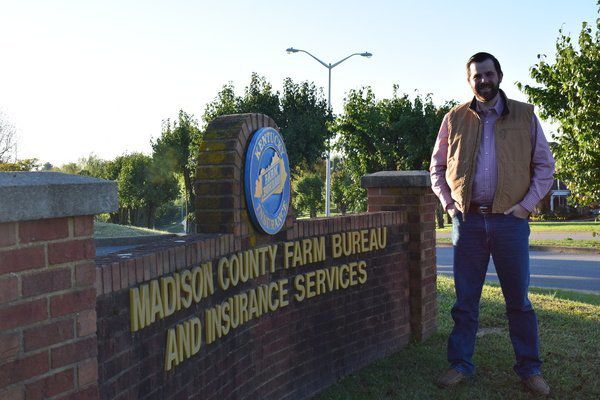 Isaac Marcum is pictured at the Kentucky Farm Bureau office in Richmond. Marcum is a young farmer in Madison County. 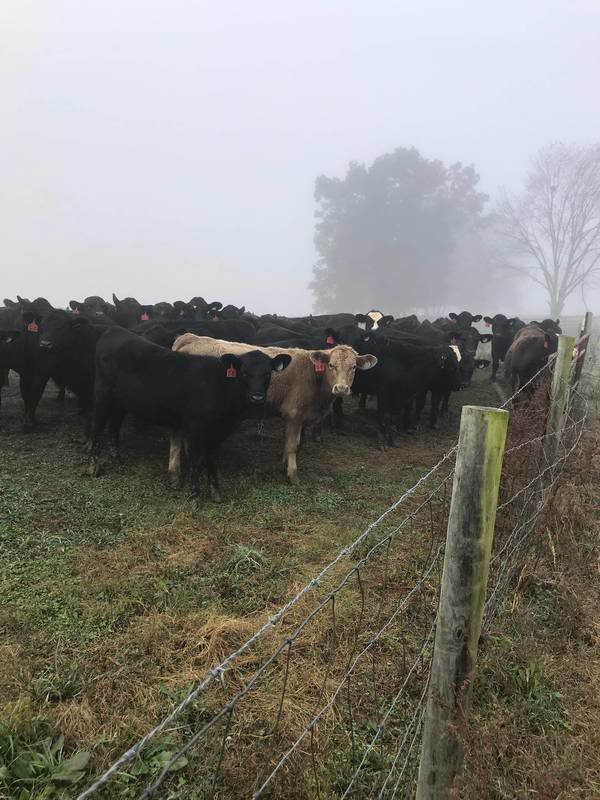 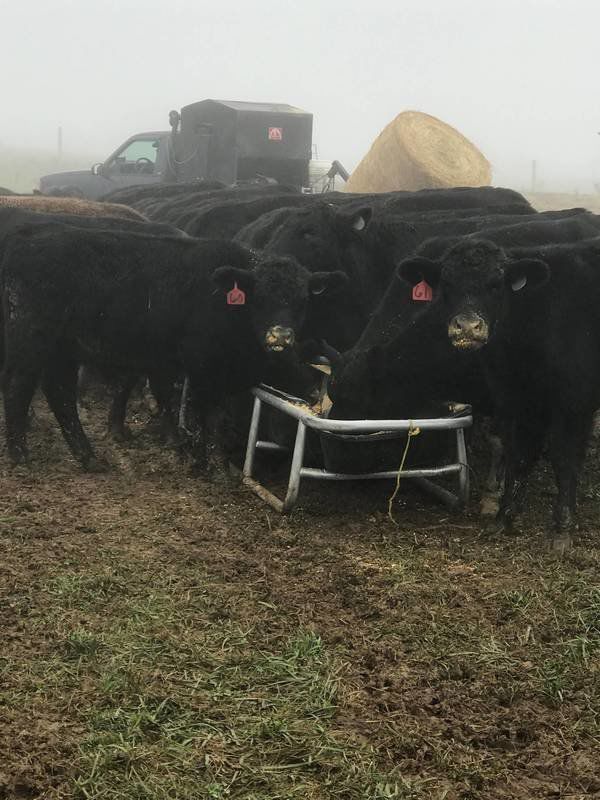 Isaac Marcum is pictured at the Kentucky Farm Bureau office in Richmond. Marcum is a young farmer in Madison County.

"It is tough, but it's very rewarding if you like and enjoy it. If you enjoy it, it is well worth the sacrifice to do it." For Isaac Marcum, farming is indeed fraught with challenges, but those are not severe enough to deter him from the farming lifestyle.

"I don't even know how many generations back, but my family has been farming for a long time now," Marcum said. His father ran the EKU farm in Madison County for more than 30 years.

"So I grew up on that farm," Marcum said. "It was not our farm, but I was right there in the middle of it, so that got me going."

One of the toughest barriers to overcome in starting a farming business is procurement of land. Marcum leases a farm property rather than owning it.

"That's probably one of the hardest things is getting land, because either purchasing or leasing it, it's kind of a hard deal," he said. "To buy the land is especially tough."

"It's extremely expensive to purchase farmland," he said.

The farmers who have been able to start farming without some generational benefit or land inheritance are "in the minority," Sears added.

Sears also stated that availability of land can be an obstacle. He said there's not always land that's suitable and available for purchase or lease.

"So it's tougher to not have a family farm passed down," Marcum said. "My grandpa is still alive and farms in southern Kentucky, and my mom's family has a farm in another county. I went to EKU and got a job with Farm Bureau Insurance as an agent. That shut the doors to any kind of family farm or equipment. I'm kind of starting from scratch on my own, so to speak."

Looking forward to future generations of farming, Marcum noted that many farmers are growing older and will need someone to take over their farms and their duties. He said someone is going to have to take those spots.

"There's not as many young people wanting to farm these days. Who wants to work as hard as we work to make what little money we make," Marcum said of the challenges of farming.

Sears noted as well, "A lot of beginning farmers have to work." He said it can be difficult to manage your time when scheduling your farm work around a full-time job, as Marcum does.

"A lot of what we do in agriculture is so time-sensitive, and finding help to get it done is extremely hard," Sears said.

Marcum explained that many older farmers don't want to give up their work.

"I think some older farmers may have a hard time finding a person to take over their farms," he said. "Some people might have a hard time giving that up. They probably have done this since they were five. Now after 70 years, my grandpa is a perfect example."

Marcum sees older farmers who are reluctant to change their processes.

"Deep down, I think all farmers want to pass their farm on and not necessarily see it sold," he added. "But that's what's happening a lot, with urban development and housing, farmland is dwindling down."

Marcum has had cattle on his own for about five years, having began around 2014 at age 21. He deals primarily with cattle because that's the area of farming he is most familiar with.

A massive hurdle for farmers of any age is the volatility of the markets.

"I'm a stocker of beef cattle, and the markets play a big role in that," he said. "Sometimes I buy them and keep them three months, sometimes four to five months, and sell them. The market can change considerably in that time."

Marcum continued, "There are options to try and protect yourself with insurance, or options on the stock market. But it is a risky thing."

He related one instance when in 2016, he lost $300 per head on some of his cattle. Fortunately for Marcum, at that time he had other funding and money saved that enabled him to pay the bank and not lose everything.

"But it makes you wonder, makes you think, 'Why did I do all this work and I'm paying to do it,'" he said.

Financing for Equipment and Operations

While Marcum stated that it might not be quite as tough as getting land, obtaining financing to purchase necessary equipment and pay other operational expenses is very difficult. For example, purchasing cattle, buying and maintaining tractors and other equipment is expensive.

Marcum advised young farmers: "Young people, start building relationships with bankers early on. One banker gave me money when I don't think anybody else would have. It goes a long way if you know somebody and they know and trust you. That's true in any business, any thing you do."

Marcum is clearly passionate about farming and the continuation of farming for other young people. He urged any young people interested in farming to find a quality mentor that can help with their challenges.

In keeping with this idea, his strongest piece of advice is: "Network with older farmers, because that's a wealth of knowledge."

"Most of them would be glad to sit down and talk with you to sit down and answer questions," he said. "I've got some older guys who are like mentors to me and will help in any way they can. That's a free piece of information for young people."

Marcum said some young people are afraid to do that and worry they're asking stupid questions.

"But if you don't ask, you're not going to know," Marcum said.

Sears recommends that aspiring young farmers get educated on their options before diving in.

"My biggest advice is to be informed and have a plan," he said.

Marcum was optimistic about the future of farming.

EDITOR'S NOTE: This is the second in a series looking at farming in Madison County. The first story appeared in the Oct. 26-27 weekend edition.

MADISON IN-DEPTH: How farming has changed over the years in Madison County

If you ask Madison County Extension Agent Brandon Sears, he will tell you the farming industry is a complex and dynamic occupation of crucial …