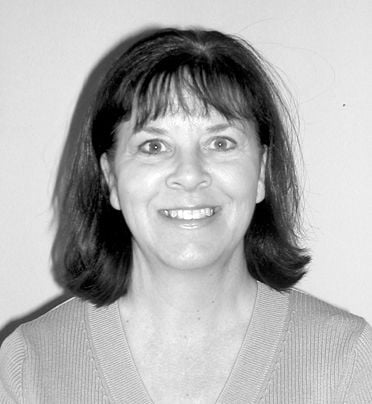 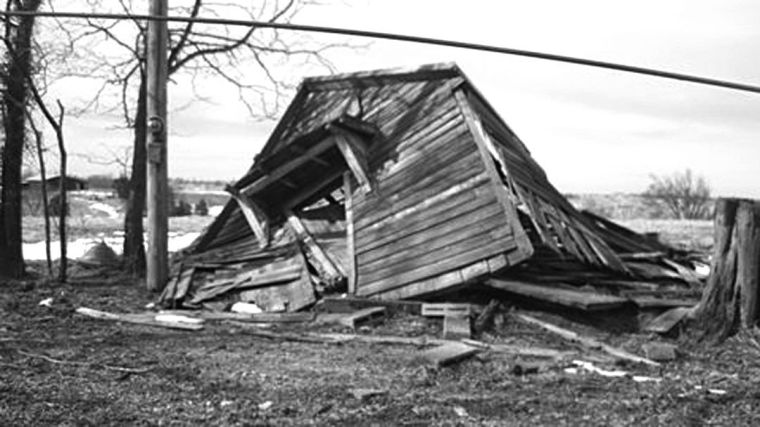 This is all that remains of the one-room building on Lancaster Road that was home to Ann Long Hoskins while her father served in WWII. The building also doubled as a polling place.

This is all that remains of the one-room building on Lancaster Road that was home to Ann Long Hoskins while her father served in WWII. The building also doubled as a polling place.

I was blessed the other day in speaking with Ann Long Hoskins. I just love when someone tells me that they read my column, and they have a history with Kirksville or Poosey.

That was the way it was with Mrs. Hoskins. Her parents and grandparents were Poosey people. Her grandparents were Richard “Dick” Thomas and Maude Long and her parents were Jimmy and Jenny Kelly Long. While her parents lived on Poosey, her dad went off to WWII, leaving her mom with three children to raise. They were tenant farmers and with her dad gone, the farming was over and they had to move.

Luckily enough, her grandparents owned and operated the Happy Landing store, where part of the store was used as the living space for her grandparents. Anna and her family were able to occupy a small one-room building located across from the store. They would eat at the store but slept and played at the one-room house.

The thing that I found so interesting about the one-room house was that it also doubled as the polling place. So on election day, mother Jenny would round up her three girls, Helen, Jane and Anna, and move out for the day. Out would go the bed and chairs onto the lawn. When voting was done, it was time to move back in.

Times were hard and living was different. Anna said there was great joy in playing in the creek, catching crawdads and fish. The family went to hear preaching by Milt King, in a make-do tent on Saturday and Sunday nights. The church building, Kings Tabernacle, did not yet exist.

Anna remembers those days of frequent moves and then the return of her dad from the war. She remembers being baptized in Paint Lick Creek by the Rev. Milt King. She remembers her dad finally got a job at the Blue Grass Army Depot, and they ended up at Kingston. She especially remembers the one-room building that was home for over a year.

To my amazement, that little building is still around. If you take a look through the brush and thicket, glimpses can still be seen of the nearly collapsed little structure. It will be remembered as “the old voting house.”

The Roundhill Store is trying to make its own history by having a Rook tournament Friday starting at 4 p.m. No prizes will be awarded, only bragging rights. The winners will end up playing the winners, and the looser will play the loosers.

Rook playing has a long history at the Roundhill Store. I grew up watching Dad and some of the other farmers play Rook. It was a big past time and the thing to do after a busy, hard day.

The tournament should be a lot of fun. Chili and grilled cheese will be the meal of the day, and don’t forget the desserts.