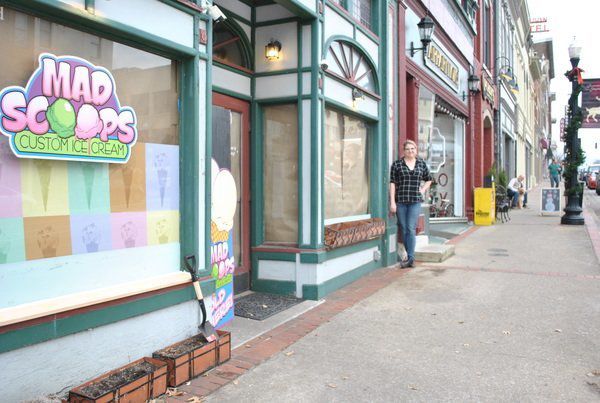 Ashley Gallaher poses for a photo outside the former Meeples restaurant, which she is renovating and transforming into her dream restaurant, Craft Restaurant & Artistry. 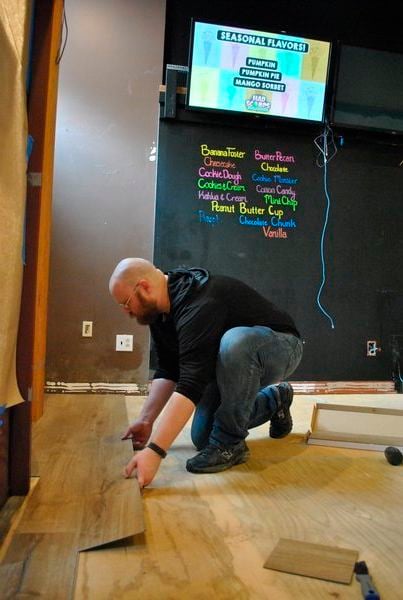 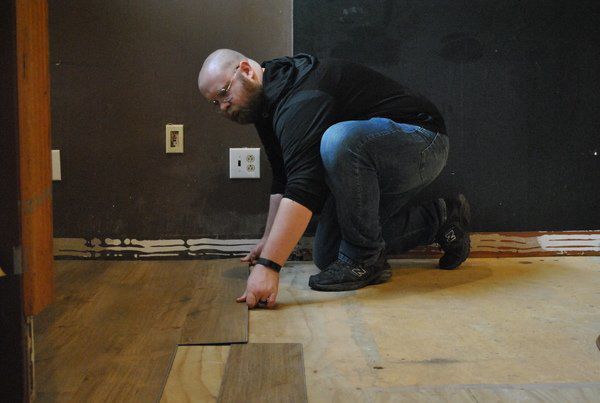 Ashley Gallaher poses for a photo outside the former Meeples restaurant, which she is renovating and transforming into her dream restaurant, Craft Restaurant & Artistry.

Ashley Gallaher is not just taking on a New Year's resolution for 2020, she's also fulfilling her long-time dream of opening her own restaurant, where Meeples closed its doors only a couple weeks ago.

Gallaher first fell in love with the culinary arts before she started working in the food business at age 11.

"There was this restaurant we used to go to growing up in a town close to where I was, and it was like three stories," she explained. "The first floor was a grocery store, the second floor was a bakery, and the third floor was a restaurant."

"We would go eat in the restaurant. I would eat as fast as I could so that I could go downstairs to the bakery floor, because they had this big glass window, and you could just go and watch all these people making cakes and cookies and stuff, and I just wanted to do that so bad."

Then, Gallaher had the opportunity to learn about cakes, cookies and doughnuts when her parents opened a bakery cafe in her small hometown of Farmersville, Ohio, when she was about 11. She worked there until she moved to Lexington to study at the University of Kentucky in 2004.

Though she graduated with a master's degree in architecture, Gallaher still knew she wanted to have a lifelong career in the food service. Her passion, she said, was in making and sharing things.

"I kind of worked in and out of restaurants, tried a couple of different things, but always managed to land back in restaurants, so I decided to fully embrace it and go for it this time," she said.

Gallaher moved to Richmond from Lexington when her husband, Josh Kegley, was working at Eastern Kentucky University in the marketing department.

"I was just sort of ready for a fresh start that didn't involve sitting in traffic for an hour to get 10 minutes down the street," she laughed. "And I wanted to be somewhere the felt more like my hometown."

So the couple bought a 110-year-old home they've been renovating for the past two years or so, and Gallaher applied to work at Meeples.

The former owner, Ron Flickinger, called her in for an interview and said, "'seems like you've got a decent amount of management experience, and I need one of those,' and I didn't start out being a manager," Gallaher said.

"It was like a gradual build. Slowly, I took on more and more responsibility, putting systems in place we didn't have before and trying to turn it into more of a functioning restaurant than it was prior to that."

Gallaher said when she first started working there, Meeples was celebrating its five-year anniversary, and she became manager in September 2018.

Then about three weeks ago, Gallaher found out Flickinger no longer wanted to continue Meeples.

"He called me on a Tuesday morning around 8 o'clock in the morning and asked me if I would be interested in purchasing the equipment and taking over the lease and opening up my own place," she said. "I needed a hot minute because I had just woken up, called my husband, called my mom, thought about it for about a day and a half, went and met Rosie at U.S. Bank, got a loan and here we are."

At the time, Gallaher said she was doing what she wanted to do, but never in the capacity she wanted to do it, and it was time for her to take the risk. Plus, she had the support of her family, the staff and she was the first person Flickinger called.

"That phone call gave me a moment where I said, 'OK, well am I going to keep working for other people and toward other people's dreams, or am I going to embrace this opportunity and kind of finally do things the way I've always wanted to do thing myself for myself?" she said.

"So it's not going to be Meeples anymore," Gallaher said.

One of the big changes, she explained, is the new restaurant won't offer gaming as a hobby anymore.

"And I know a lot of people are sad about that, but over the years, it's kind of dwindled," she said. "I would say in the last year I was here, we really didn't have many people coming in for that kind of thing. We hosted magic once a week, and even that had dwindled to only a handful of people."

Gallaher added most board game restaurants also have more space and seating than Meeples had.

"It's just not the right space for that business model. It's really, really hard to make that work in a space like this," she explained.

However, the menu will still look familiar to long-time customers of Meeples, as Gallaher is keeping the items that Meeples did really well, and the new restaurant will continue to serve Mad Scoops ice cream and bubble tea.

But there will be changes, too.

"We are going to be kind of adjusting some of the menu items," she said. "We're definitely streamlining the menu, so there are certain things that are just going away altogether so that we have more ability to focus on getting certain things done really well instead of trying to do a wide variety things."

In the beginning, Gallaher won't have alcohol at her restaurant.

"We're hoping, maybe a couple of months down the line, to get a liquor license to serve like craft beers and wine … but it's not a bar, and I don't want it to ever be a bar," she said. "I want it to be especially family friendly, because we got a lot of families, and I really hope they keep coming back once we reopen as Craft."

Instead of just nixing menu items Gallaher will be adding new things, such as hot dogs, which she said she's excited about.

"We're still in the phase where we're kind of finalizing our menu," she said. "But it's going to be some of the same over-the-top -- like Meeples had some over-the-top burgers and sandwiches, and we're still going to kind of go down that route, but we're going to have some healthy options like salads. We're going to add some more wraps than we had before. Beyond Burgers is going to stay around."

She's also looking for a meat alternative for the hot dogs she's planning on offering at the new restaurant.

The hours of Craft, she said, will be similar to Meeples hours. After opening in early-to-mid January, Gallaher plans to have winter hours of 11 a.m. to 8 p.m. Monday through Saturday.

"People don't go out at night when it's dark and cold," she said. But once the weather is nicer, Gallaher can see the restaurant being open later as people will come out for ice cream, especially.

And for now, Gallaher will be working alongside three employees, but she hopes to hire at least two more before opening. In the future, she can see herself hiring more depending on how the event side of the restaurant develops.

Food hasn't been the only passion Gallaher has pursued over the years. For as long as she can remember, she's also been an artist, and she knows a lot of other people in the community who do art, including other former staff of Meeples.

"I knew that I wanted whatever I made to be a place that would kind of support the local art community," she said, "and as a restaurant in a town like this, you kind of need to be more than just a restaurant."

That led her to the thought, "well, I'll combine the two things that I love, and we'll host art events and craft events and have a space for people to put their artwork."

She said that making things in general is not only something she wants to see people do, but to also show other people they can do it, too.

"You don't have to be Picasso in order to make something that makes you feel good," Gallaher said.

She's still working out the details of what kind of arts and crafts events she'll be hosting at the restaurant, as well as making partnerships with other people and organizations when it comes to the arts.

"It might be something along the lines of like, we post an event, and there are like three different crafts that we can potentially do, and people that sign up for the event vote on which of those things they'd be more interested in doing," she said. "And that might mean like making something like a decor item that sits in your house. We're still kind of figuring that out, but I'm not worried about being able to make that work."

On top of that, Gallaher is planning to have an activity center at the restaurant where people who go there to eat a meal can do something small for free while waiting for food.

"It'll be more than just coloring pages," she said. "It'll be like small things that people can do in a small amount of time while they're sitting."

In the long run, Gallaher wants to help build a bigger arts community in Richmond.

"I really want to become part of the community and more than just a 'let's go eat at Craft,'" she explained. "I want it to be a place where people come and make memories. I want us to be out in the community and doing things ourselves."

"Berea has a fantastic arts community, and I really want to help be a part of the community that's building that here in Richmond as well."