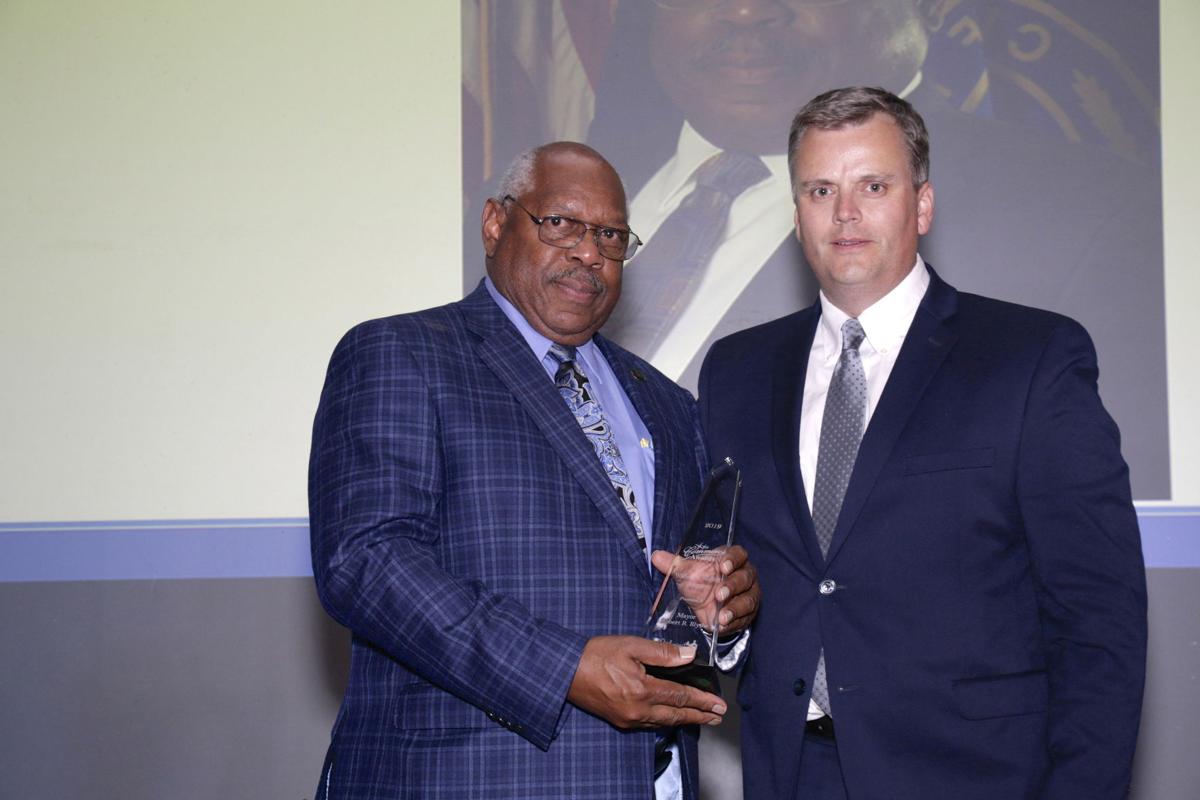 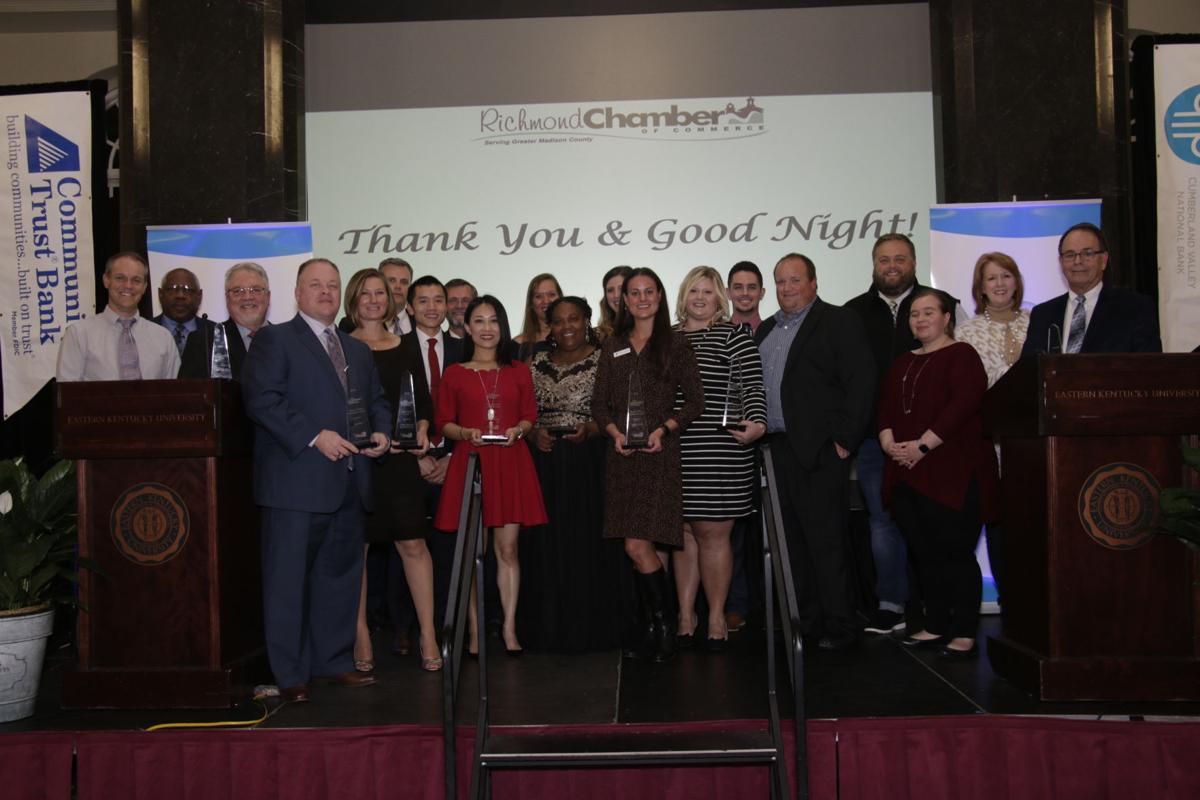 Winners from the 2019 Chamber awards banquet.

Winners from the 2019 Chamber awards banquet.

Taking home the top honor Thursday night at the Richmond Chamber of Commerce's annual awards banquet was none other than the city's very own mayor, Robert Blythe.

"It is unusual for me to be lost for worlds...but I am," said Blythe to the Eastern Kentucky University (EKU) Keen Johnson ballroom full of community members and business leaders after accepting the Wallace G. Maffett award.

The honor's bestowal brought the award full circle, as it was named for a former Richmond mayor and often given to long-serving officials or those in the community who "best exemplify (Maffett's) commitment and efforts to community" through devotion of time, experience and efforts, according to the chamber's qualifications.

Blythe also said he had the privilege of knowing Maffett when he was a businessman.

To say that Richmond runs in Blythe's veins could be an understatement.

Born and raised in the city, Blythe still lives on the street where he grew up. He graduated from Richmond City Schools in 1967 and obtained a bachelor's degree in math with a minor in French from EKU in 1971. Though jobs and opportunities occasionally took him away from Richmond for short periods of time, Blythe always found his way back to Richmond. In 1981, he was offered to job pastoring First Baptist Church on Francis Street and attended Southern Baptist Theological Seminary to gain his Master's in divinity and later Covington Theological Schools for his doctorate.

Having maintained his certification to teach, Blythe has served as an educator at Madison High School, Madison Southern High School and EKU. Through the years, he has been a member or various boards and committees, among them the Madison County NAACP and the Richmond Rotary.

In 2002, Blythe won his first seat on the Richmond city commission, a position he would hold for 16 years, and in 2018, he was elected the city's first African-American mayor.

The 35th annual awards banquet gave the community a chance to celebrate business and accomplishments throughout Richmond, while coming together for dinner and an evening of fun which was emceed by Dan McBride, EKU associate vice president for development and alumni engagement, and Kristi Middleton, EKU chief external affairs officer.

"People work so hard to build and expand their businesses and learn how to market, so the banquet is a great night for us to come out, celebrate the year together and to look ahead at what 2020 will bring," said Richmond Chamber President/CEO Mendi Goble.

Taking home the chamber's Business of the Year Award was Soft Shoe. The honor is given each year to a business of any size which has demonstrated increases in sales or production, while also exhibiting community spirit, cooperation and civic involvement.

In their introduction, it was noted that, since its founding 35 years ago, Soft Shoe has evolved from a small store only carrying a few brands into a Richmond fashion destination which boasts approximately 75% of its workforce as being EKU students or alumni. The business also takes great pride in their community involvement, such as partnerships with Baptist Health Richmond and Paint the Town Pink, Eastside Community Church, Tracks for Packs and more.

The Boutique at Merle Norman landed the Small Business of the Year award, an honor presented to businesses that have experienced increased profitability and success while also exhibiting community sprit, cooperation and civic involvement.

Jill Williams, who co-owns the boutique with her husband, thanked the community for their support and urged the crowd to go out and support locally-owned businesses during the upcoming holiday season.

Opened in 1963, and standing as one of the community's oldest continuously running businesses, the boutique remains standing strong. Since the Williams took ownership in 2017, they have consistently introduced new product lines to their customers, while also finding ways to contribute to the community such as being a founding member of Richmond's annual breast cancer awareness event Paint the Town Pink and supporting God's Outreach, Richmond Area Arts Council, Liberty Place Recovery Center, the Patty A Clay Auxiliary and more.

• B. Michael Caudill Educator of the Year: David Jaggie