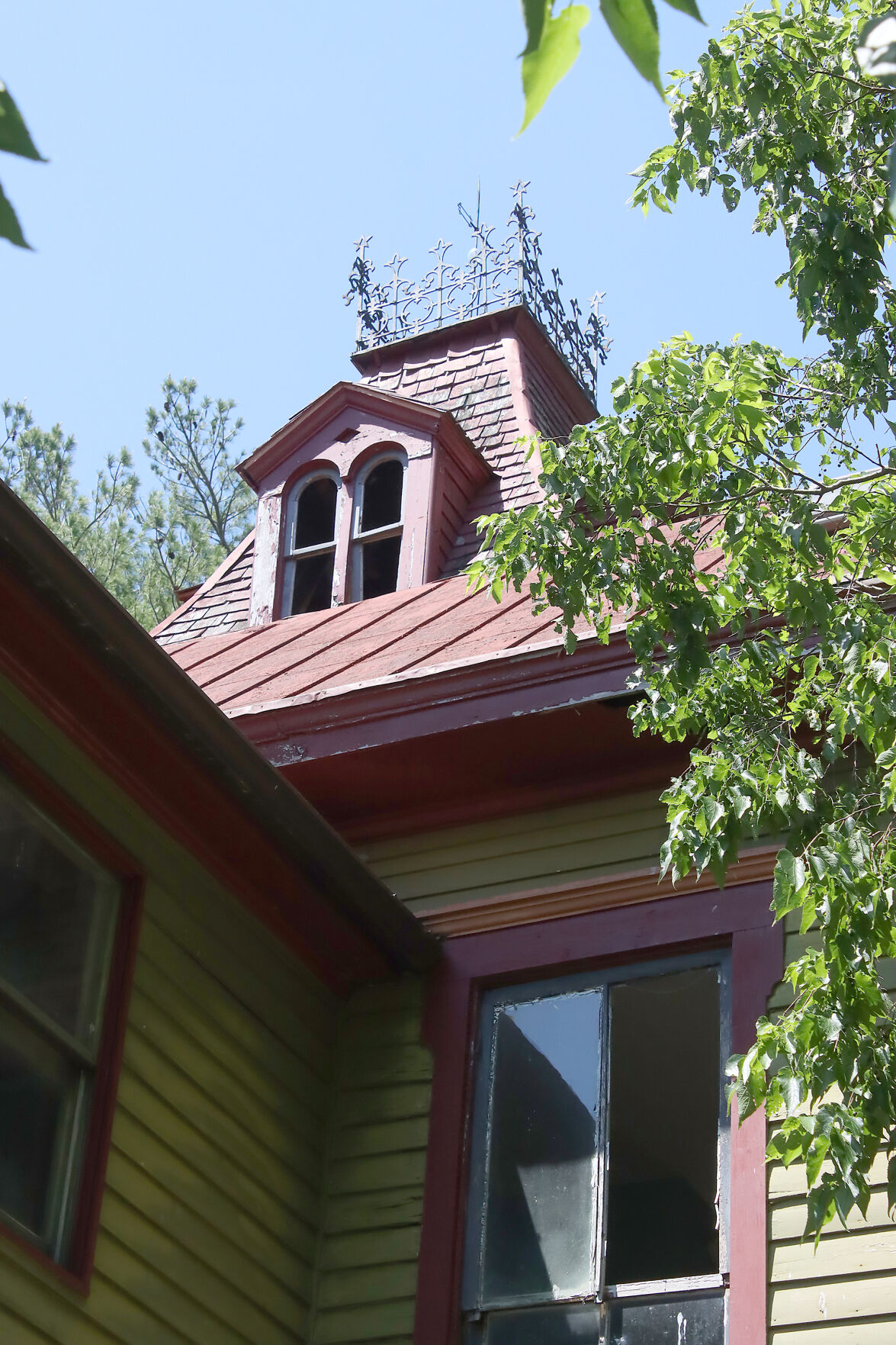 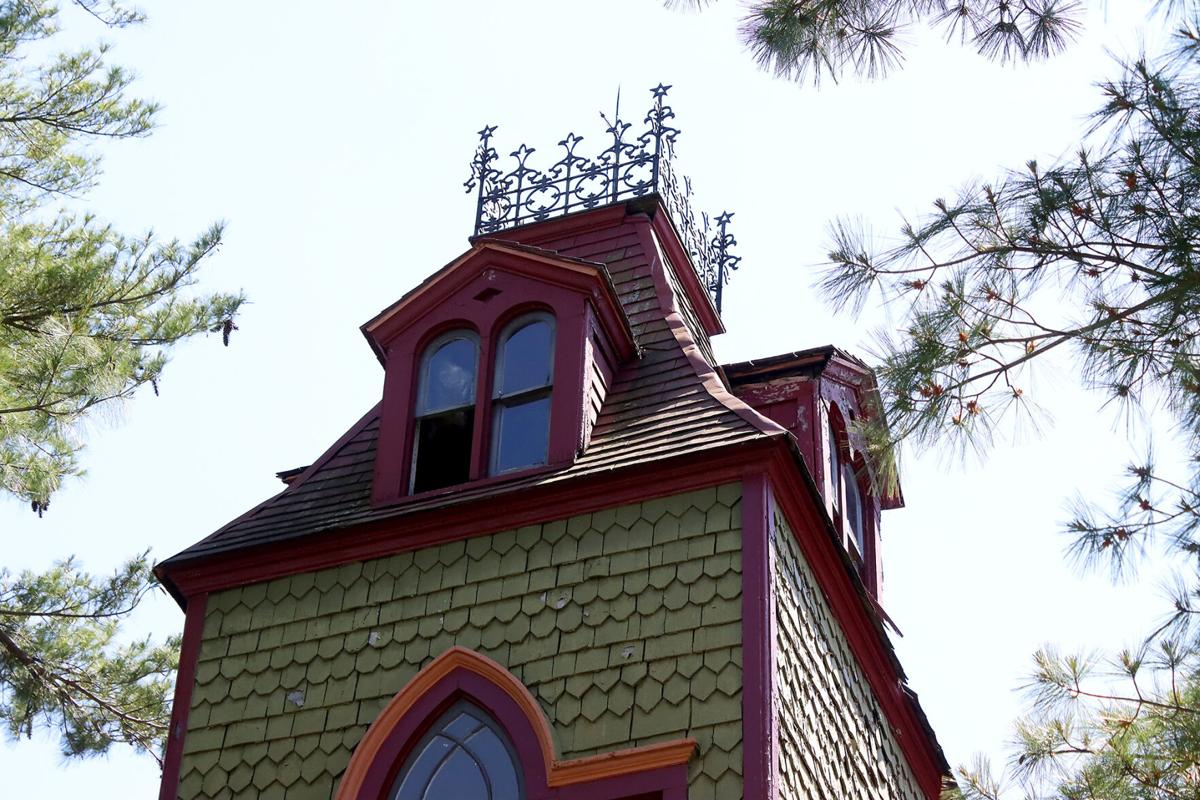 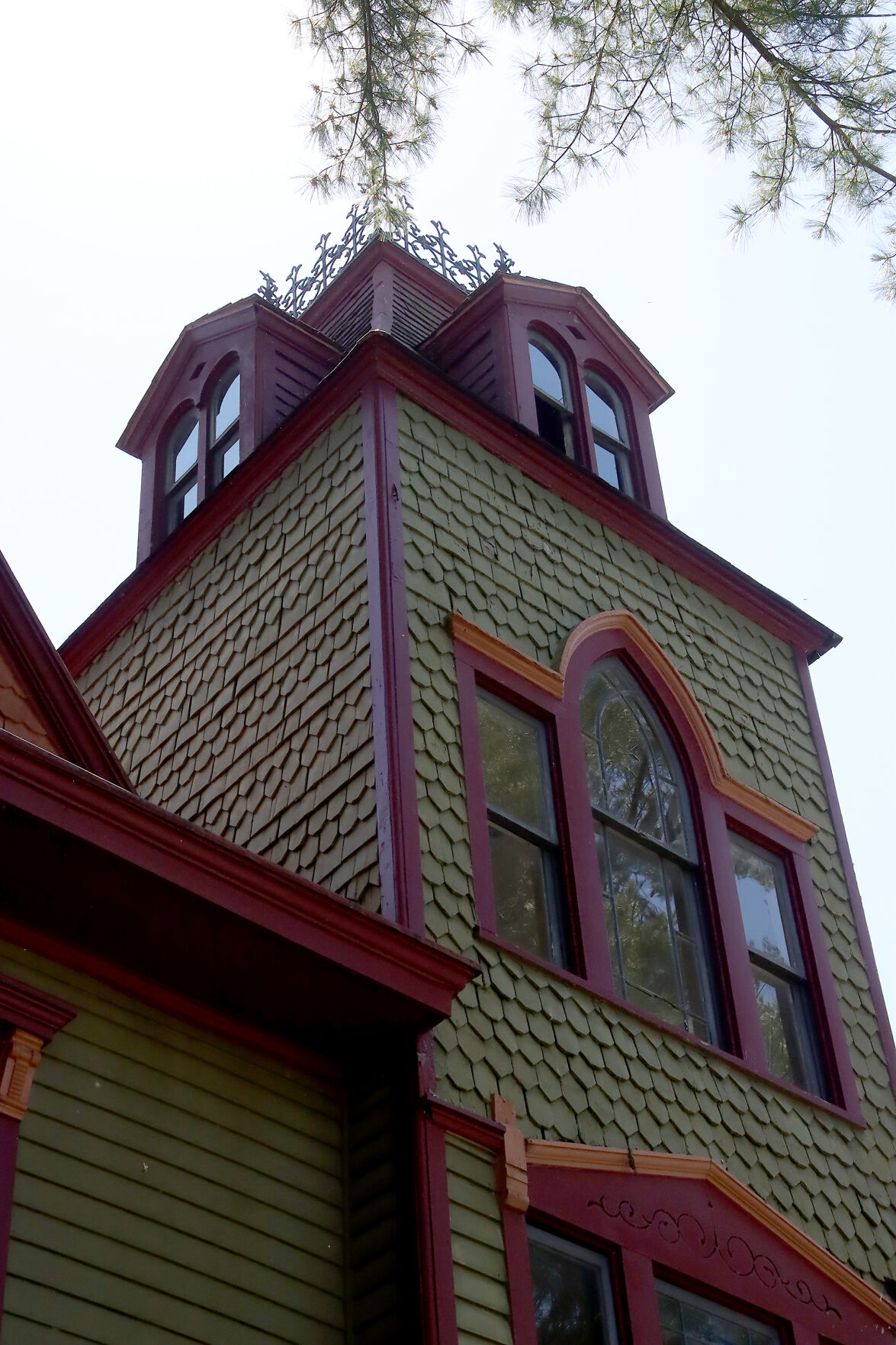 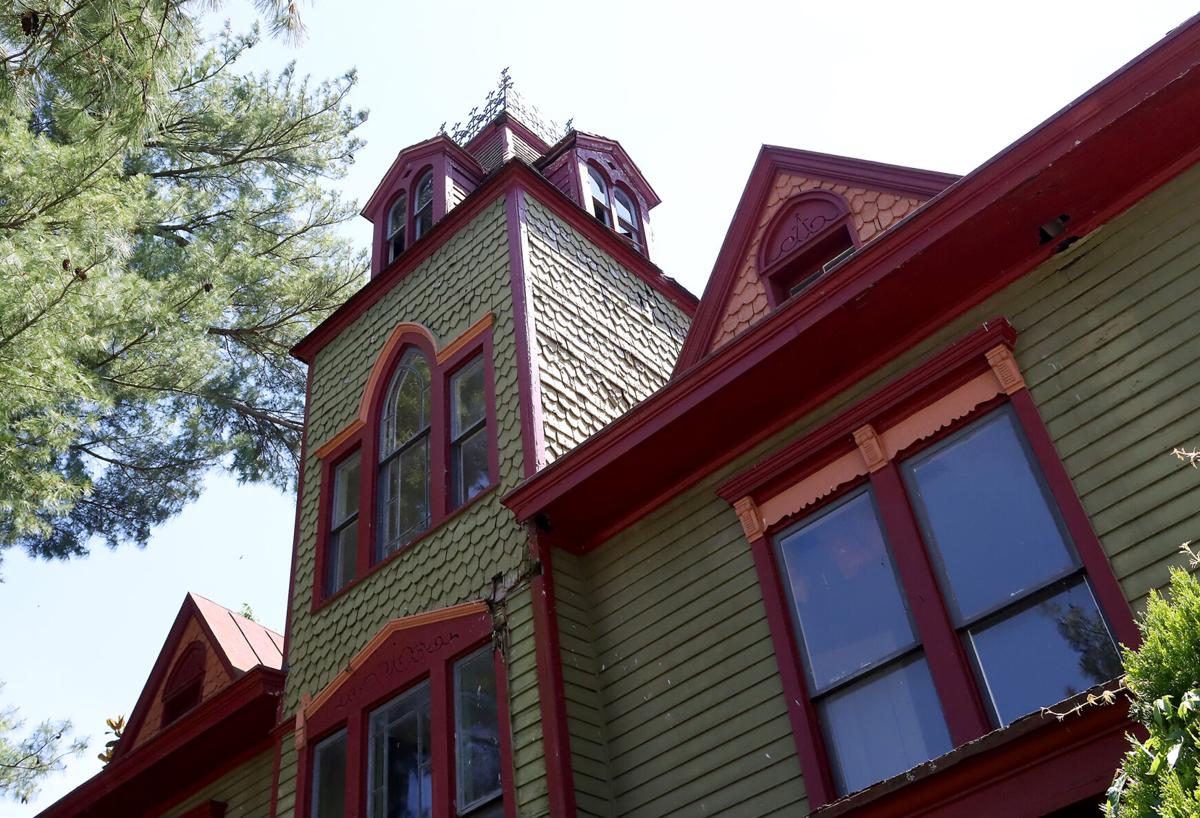 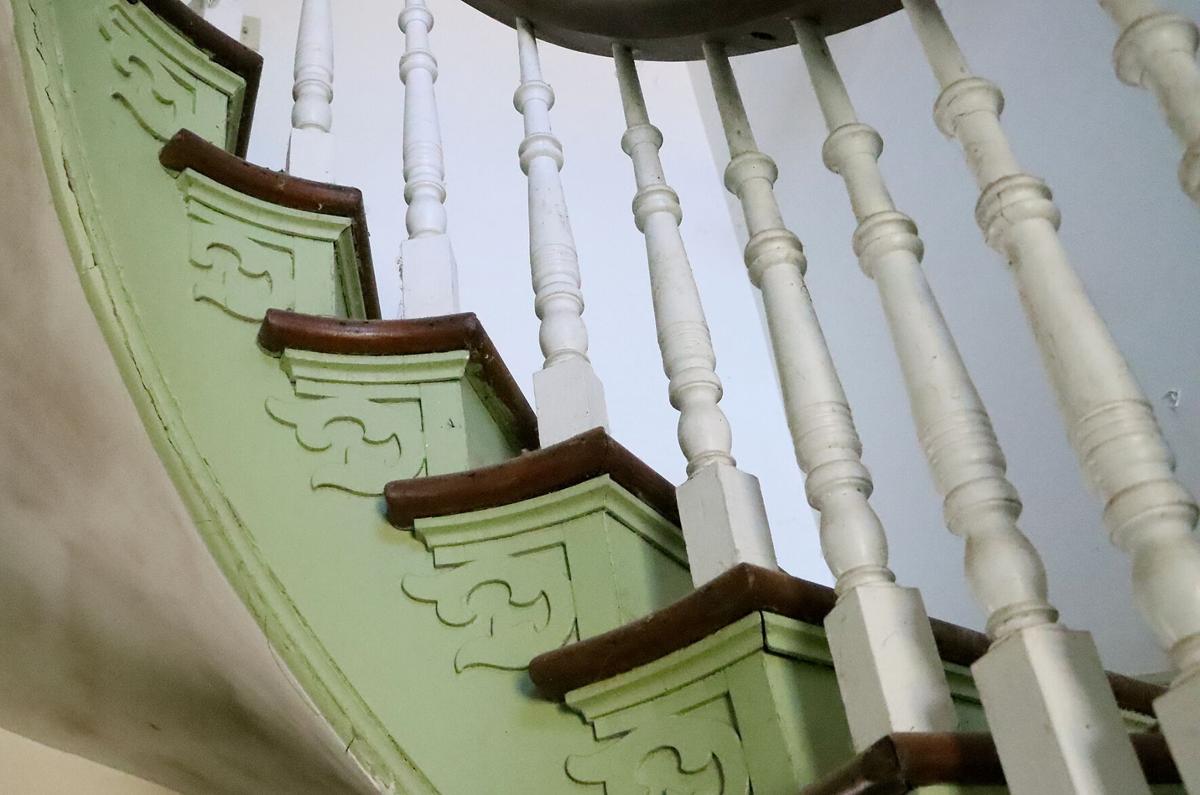 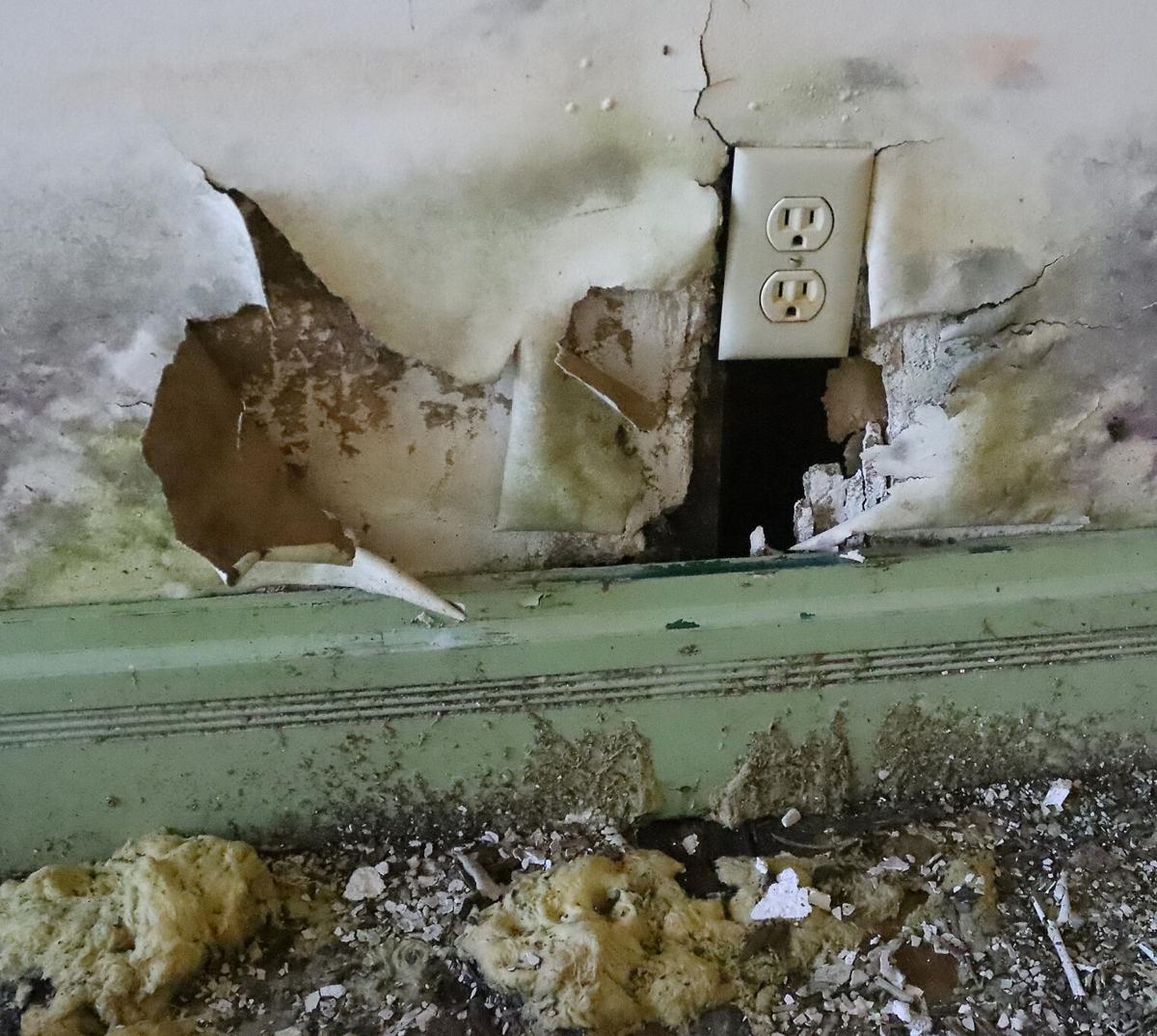 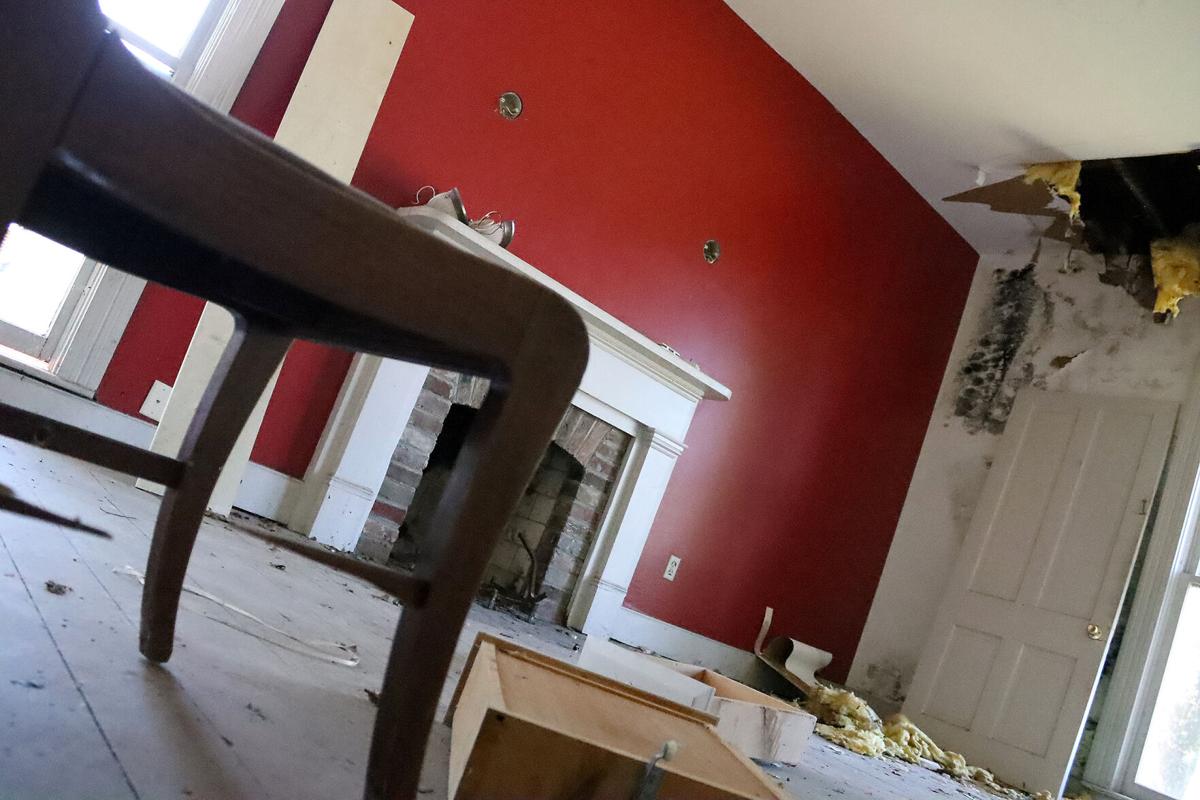 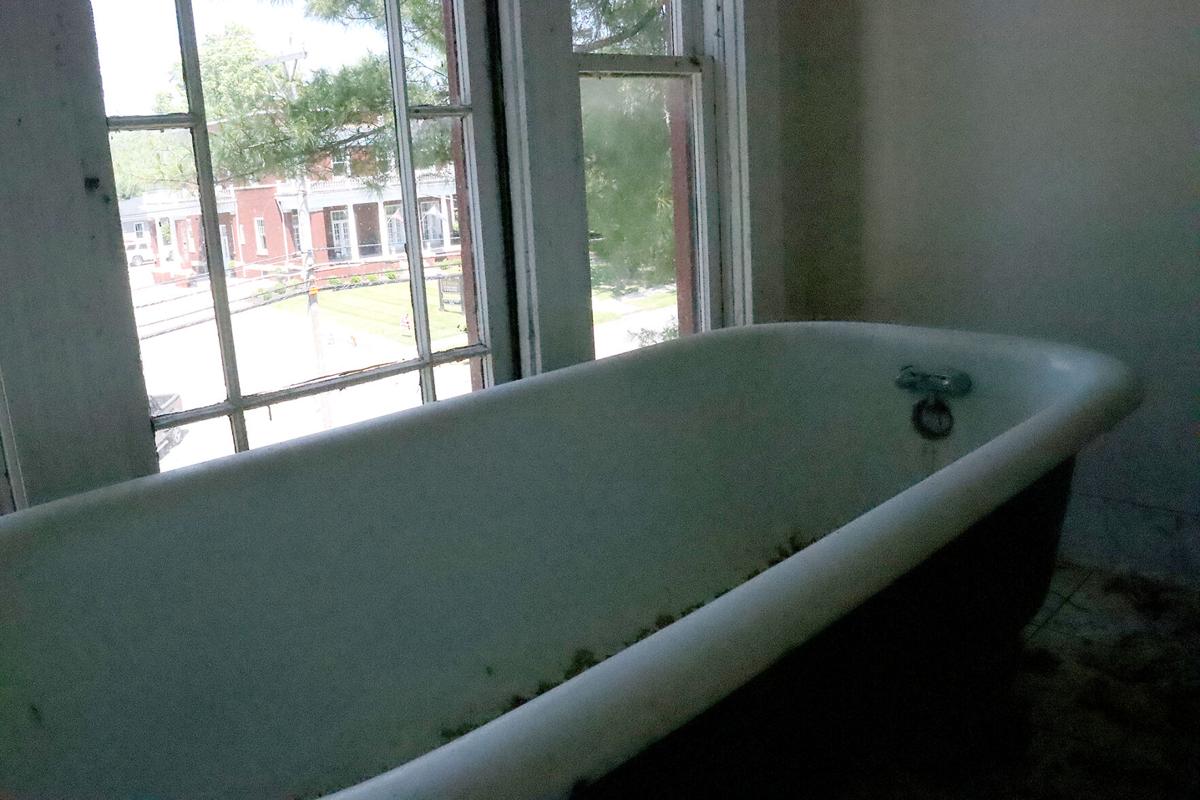 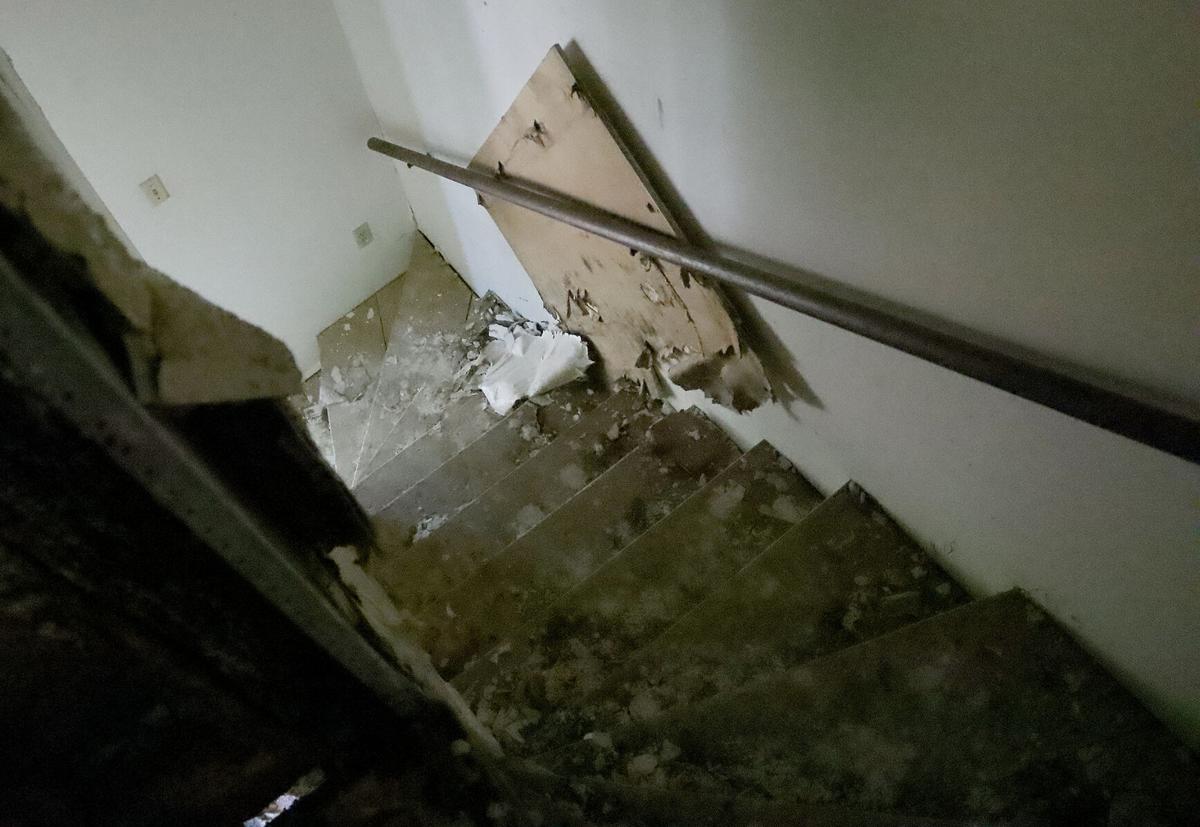 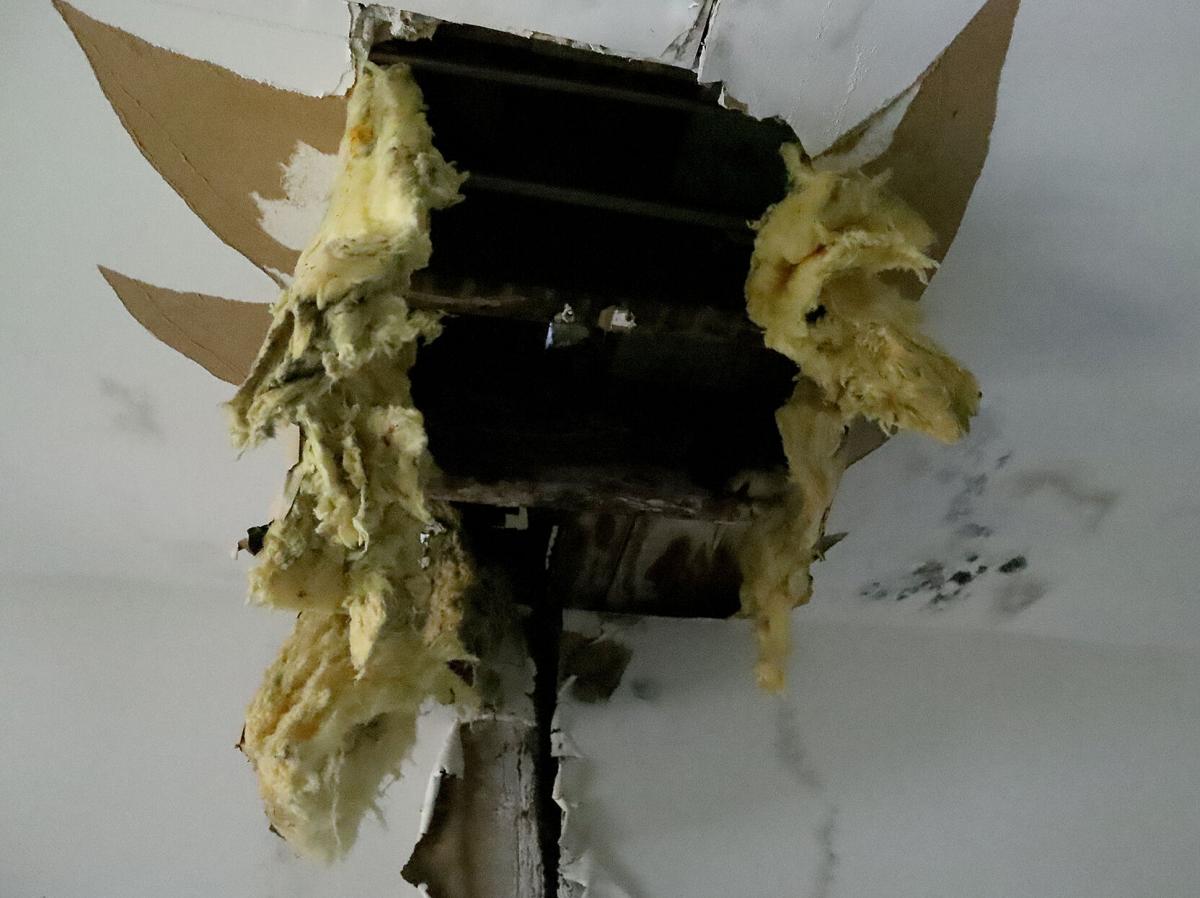 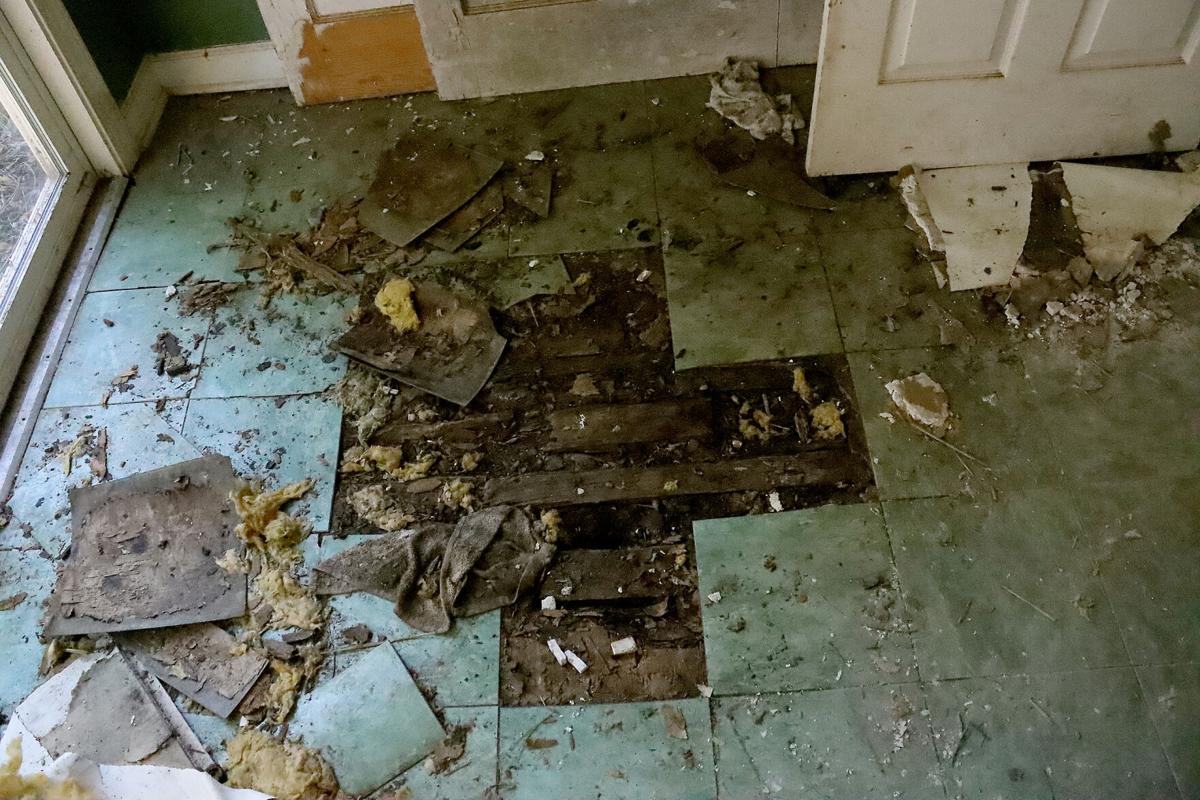 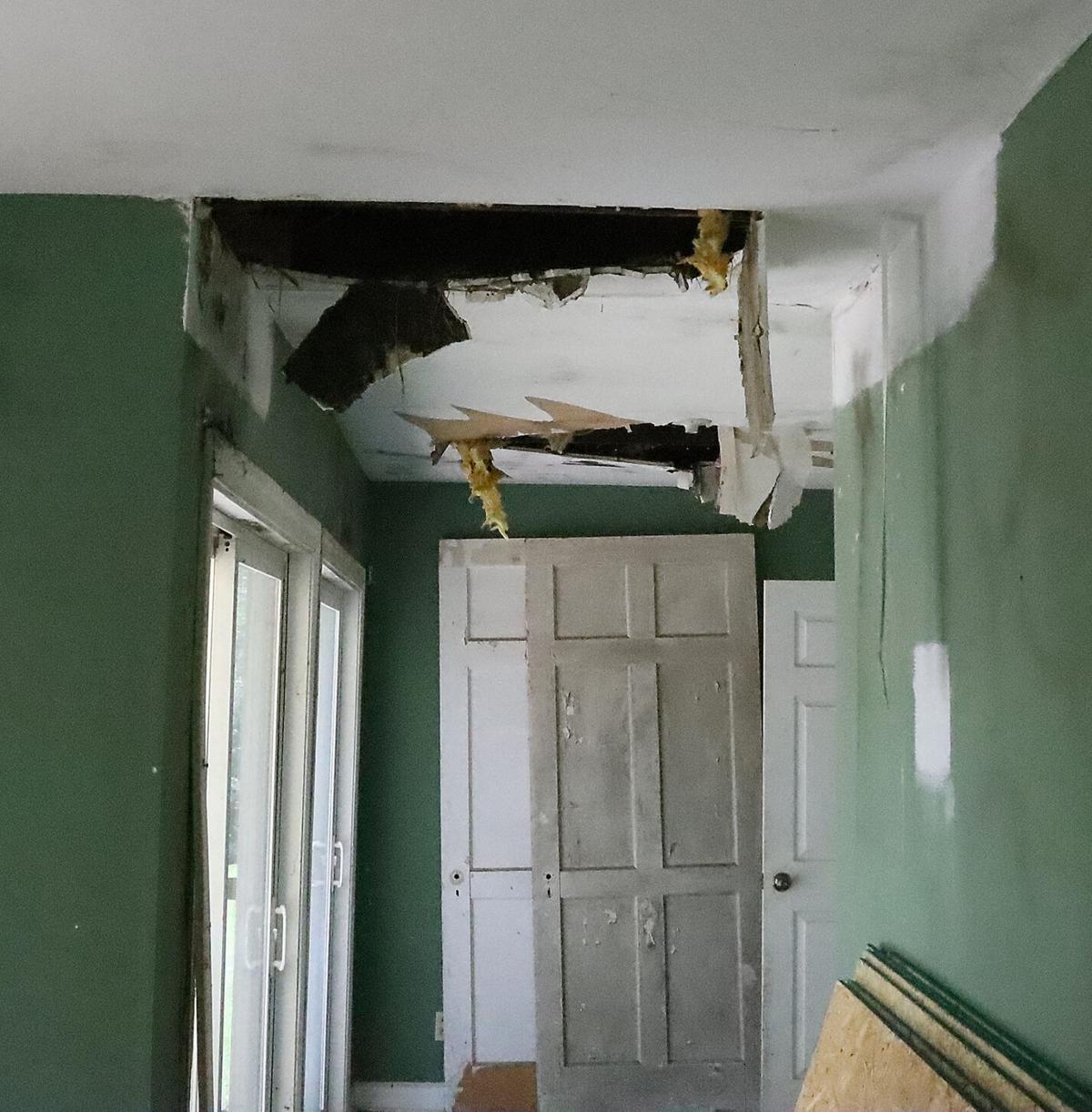 It's one of the most recognizable pieces of architecture in Madison County.

Flanked by a pair of ancient pine trees, the eclectic three-story frame building catches the attention of almost everyone who drives, or walks, down Main Street in Richmond.

"If you say the green Scooby Doo House, everyone knows what you are talking about," said David E. Jones, assistant director of tourism for the city of Richmond.

Its official name is the Peter M. Smith House.

And the lineage of the property can be traced back to time when Kentucky was still a part of Virginia.

It's become iconic not only for its historical significance, but also for its unusual colors, Victorian-era design and somewhat creepy, yet wonderfully beautiful appearance.

"We used to see tour buses stop here," said John Hrabal, who lives next door. "People would always stop here and want to take a look."

In the past few days, more people than usual have stopped by the house, which sits at 604 W. Main St.

Many want to get just one last picture of the historic structure.

"The things that building witnessed is just incredible. It's hard to lose that," Jones said.

That piece of history will soon be gone, though.

News of the eminent demise of the structure started to circulate on social media in recent weeks. There has been an outpouring of affection for the house since then, but the current owner says there is just no way to save it.

The house is set to be demolished soon.

It wasn't a decision that Hager made lightly.

He bought the property in February with the hope of bringing new life to the historic home. The builder quickly realized that would simply not be possible.

"I saw the basement, and I realized that the foundation probably wouldn't do what I needed it to do," Hager said.

The basement is flooded with water almost to the top of the stairs. Leaks have eaten away the ceilings on every floor.

The floors are rotting and give more than a little with each step.

Hager estimates it would cost at least $400,000 to get the structure back into a usable condition.

"It would be a labor of love if you were going to fix it and I don't have enough love in my bank account," Hager said.

Hager plans on rebuilding on the site, which holds an amazing historical significance.

The property was initially part of the land owned by Richmond's founder, Col. John Miller (1750-1808). He put a single-story brick house on the site, and some aspects of that structure appear to still be part of the building even now.

After the Civil War, Nancy Tribble came into ownership of the property and gave it its distinctive look.

The residence had a mansard-roofed central tower with a widow’s walk that is characteristic of the French Second Empire Style. The pointed-arched windows, found on the tower’s upper story as well as on dormers, are a Gothic feature, while the fish-scale shingles appearing on the third-story dormers and central tower, as well as the millwork porch, are details often associated with the Queen Anne style.

"Asked why she put a widow's watch on the house, Tribble said it was so that she could watch over all the people of Richmond," said Lori Murphy Tatum, executive director of tourism for the city of Richmond.

Tribble also planted the two trees in the front yard.

Since that time, the property has gone through many owners.

The house was simply painted white for most of its history, but in the 1980s it received a makeover.

"That was the talk of the town," Tatum said.

The new color scheme made the historic property even more iconic.

Those colors are still vibrant.

On the inside, though, there's almost nothing left but rot and decay.

There was a recent renovation to the property, but it did nothing to help preserve the structure's historic aspects.

Modern appliances, fixtures and design were put in place.

"It took away from the value," Hager said.

The building has sat vacant for most of the past 10 years.

Even though many people expressed interest in the property, the owners did not want to sell.

"They lost interest for some reason, and I don't know why," Hager said.

The owners didn't live there, but the building certainly wasn't empty.

"We've had transients and people coming in," Hrabal said. "The city came a while back and boarded everything up, and that helped a lot."

The boarded-up windows didn't completely keep people — or animals — out of the house.

"I'm real glad to see the vermin go," Hrabal said with a laugh. "We've got raccoons, woodchucks, skunks and opossums living in there. I'll be glad to see them evicted."

The destruction of the building will be an unfortunate ending to a piece of Madison County's past.

But, even those with a passion for local history understand that nothing can be done to save it.

"It's horrible to see it go. The analogy I would use is that it's kind of like pulling a thread on a sweater," Jones said. "If you try to fix something, then the next thing you know, the whole thing is unraveling around you."

The city of Richmond expressed some interest in trying to save the top half of the building and possibly turning it into a gazebo at one of the local parks.

In its current condition, that might not be possible. It is likely just too fragile to be separated successfully.

The Madison County Historical Society has gone into the house to salvage whatever significant architecture remains, including parts of the staircase.

Hager was willing to sell the property to anyone who might be interested in trying to give new life to the property.

Hager plans to build a house on the land and says he might even decide to live on the property.

"Chris is a wonderful man and when he fixes things, it looks very nice," Tatum said. "I'm sure whatever he puts there will be very attractive."