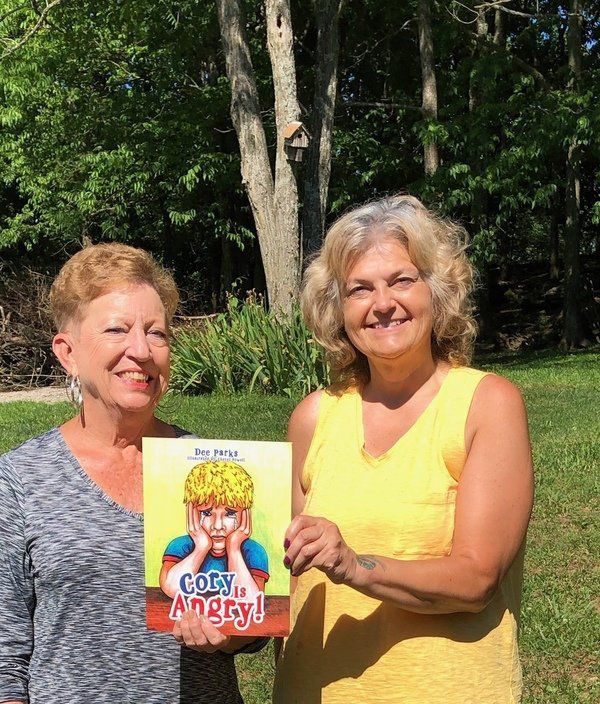 Dee Parks (left) poses with Cheryl Powell (right) who was the illustrator of the book. This was the first time the two women met after working on the book together. 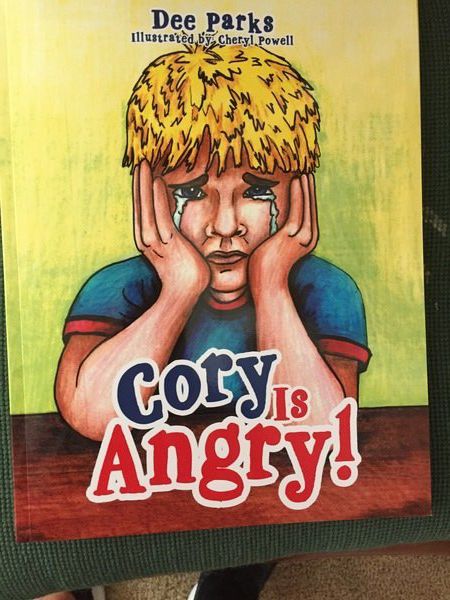 The front of the book, Cory is Angry!, written by Dee Parks, a former Madison Central librarian.

Dee Parks (left) poses with Cheryl Powell (right) who was the illustrator of the book. This was the first time the two women met after working on the book together.

The front of the book, Cory is Angry!, written by Dee Parks, a former Madison Central librarian.

A retired librarian from Madison Central and an art teacher at Madison Southern have put their skills together to publish a book.

According to Dee Parks, former Central librarian, the book titled “Cory is Angry” is about her youngest grandson, who she claims was a handful.

“He is very, very smart,” Parks said. “But he had to have the last word in everything, and he had no patience at all … His mother was on top of it, and she had to be, and she made the punishment fit the crime.”

The children’s book depicts several scenarios of Cory’s bad behavior, such as not picking up clothes or calling others names, and how his mother addressed them, such as taking away toys or other methods.

Parks said she got the idea to write the book in order to help other kids like her grandson, as well as their parents.

“There are a lot of kids that have the same behavior,” she told The Register. “If someone can read that to a child acting like that, it can help them understand. A parent can also see what they can do to handle the situation.”

Cheryl Powell, a local art teacher, became the illustrator of the book after Parks began looking for someone to draw the photos.

“I didn’t know anyone, and a friend told me about (Powell) and how she was an artist, and a teacher (at Southern), so I contacted her and asked her if she would be willing,” she said.

Parks sent Powell her story virtually, and back and forth they communicated until both were satisfied with the end result.

Ironically enough, the duo did not meet in-person until just a couple of weeks ago after the book's publication.

“It is amazing what all you can do online,” Parks said.

But as for her grandson, Parks shared, he is now an aeronautical engineer with a son of his own and another on the way in August.

And of course, she got her grandson's permission to pen the book inspired by his antics.

“I would have never done it if I did not have approval,” she said. “When I asked him, he just laughed.”

Taking it one step further, Parks said the published book was her grandson’s Father’s Day gift from her.

As for publishing a book, Parks said, the experience was amazing and she hopes for the book to be successful.

“I thought it may help a child or parent,” she said. “I want to say to my grandson that you pay for your raising!”

“Cory is Angry” can be purchased online at amazon.com.