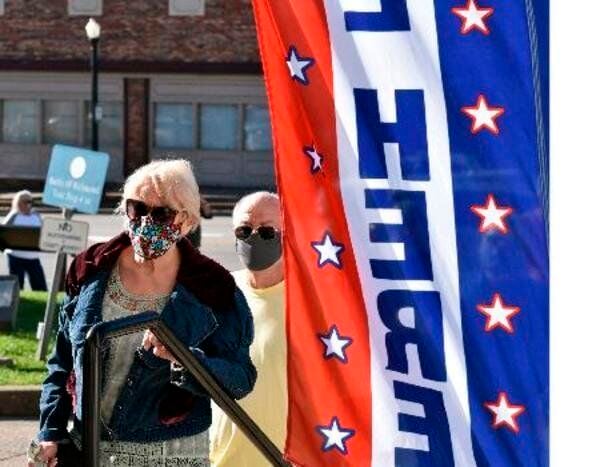 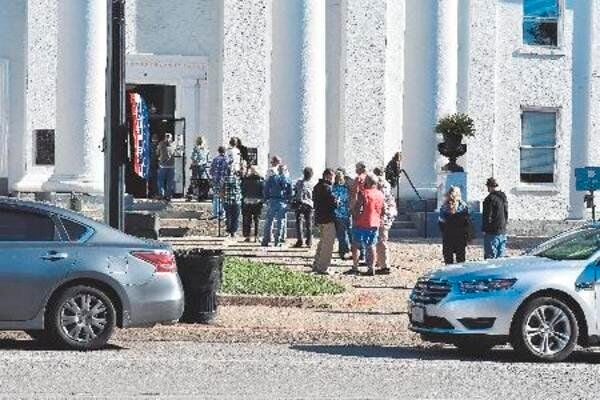 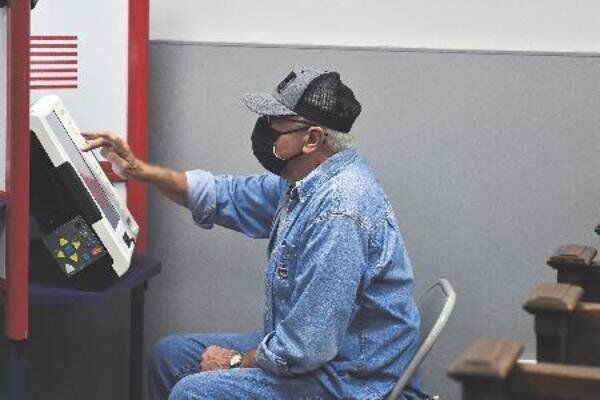 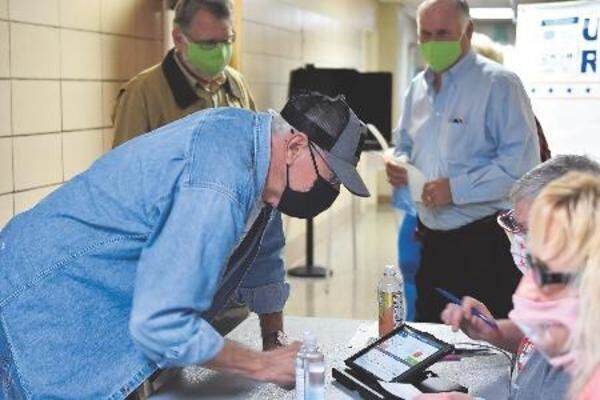 As a unique birthday present to herself, Madison County Attorney Jennie Haymond said she was delighted to have the opportunity to vote on the first day of in-person absentee voting.

“I have to give props to Clerk (Kenny) Barger and the deputy clerks,” she told her colleagues on the fiscal court during the group's Zoom meeting on Tuesday morning. “I did have the privilege to cast my vote on my birthday.”

She asked everyone who is going to cast their ballot in the 2020 Election — no matter in-person, by mail, or the day of — to be patient with the clerk’s office.

“It is something new, and I am here to ask the same thing of what I do with my office, that everyone be patient,” she said. “(The clerks) are trying to do everything the right way and get everyone through… I think they are doing a great job.”

In that same meeting, Clerk Barger also implored Madison Countians to be kind, as his office worked to make the entirety of the election smooth, safe, and secure.

Overseeing early absentee voting on Tuesday was like starting up a new business, Barger told the court.

“We are making this thing happen and we are lined up (outside of the courthouse) in Richmond and Berea, and we are in the process of right now setting up more express votes with more machines going in the next hour,” he said.

He too, applauded his crew's work, who he was crucial in getting the process up and going smoothly.

“I can't make them care, I can't make them try, all I can do is show them the path and give them the tools they need to make them successful and that is what they do every single day and I would be absolutely nothing without them,” he said.

Barger said he hoped the general public understands how difficult the election has been to handle and execute.

“It is not easy, it is high risk, it's high pressure, and we want to get it right,” he said. “It is a stressful time for all of us…”

In addition to thanking his staff, Barger took the time to clear up a few voting issues before the court and their constituents.

The day before absentee voting began, Barger said his staff was “flooded with calls” from voters who thought Tuesday would be the only day they could participate in early voting.

However, early absentee voting can be done until the day before the election on Nov. 3. at both the Madison County Courthouse, and the Berea Clerk’s Office next to City Hall.

“You have three weeks,” he added.

The clerk also noted that he needed ballots returned for those that decided to vote by mail-in. As of Tuesday, his office has only received 38% of returned ballots from the 15,698 that were mailed out.

Previously, the Madison County post masters have been sorting their mail in the county and delivering the ballots to the courthouse, but after recent federal guidelines were released, Barger said the mail now has to be sorted in Louisville.

“It just came down from the federal level that our post masters are not allowed to do that,” he grimaced. “...Now, your ballot is going from the office on Water Street and it’s going to Louisville and being sorted and coming back. I will just give you the facts... but you make up your own mind about why that is happening.”

With only 602 ballots left to be mailed out to voters in the area, Barger said his office would be mailing them out the same day.

Early absentee voting will be held from Oct. 13 until Nov. 3 at either the Madison County Courthouse or the Berea Clerk’s Office Monday through Friday.

• The fiscal court approved a Domestic Violence Awareness Proclamation for the month of October.

• A second reading of Ordinance 20-22 was approved in a joint agreement with the county and two cities for a water and sewer line extension at the Madison County Airport.

• Several resolutions with the CSEPP and EMA program were approved. They include a memorandum of understanding with the Blue Grass Army Depot for a meteorological system, a CSEPP 2017-2018 grant contract extension, a contract extension for fiscal year 2019 and a bid award for the CSEPP emergency preparedness calendar.