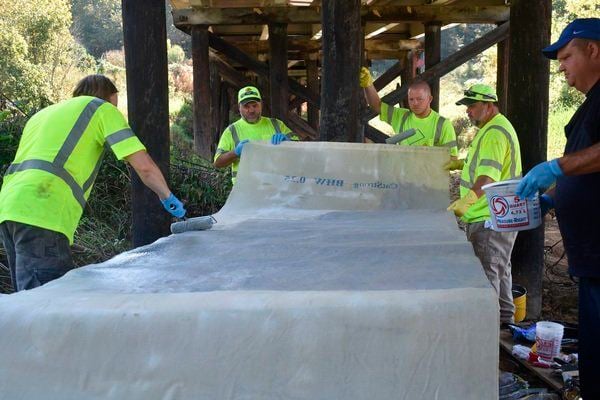 Crews applying epoxy to the hemp forms on site. 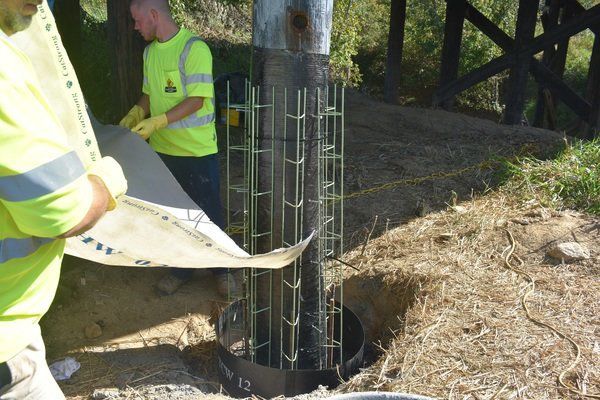 Hemp fabric wrapped around a pile of a bridge with spacers. 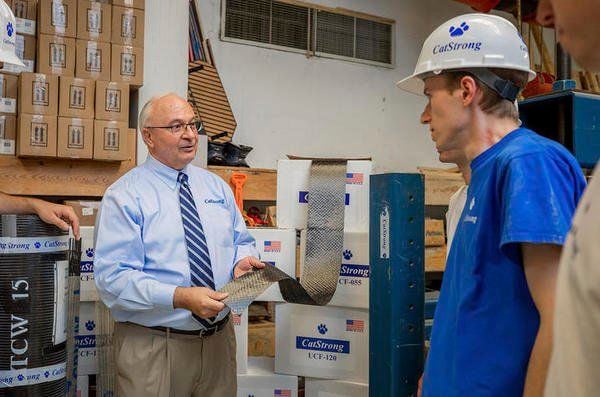 Issam Harik teaching others about the hemp product.

Crews applying epoxy to the hemp forms on site.

Hemp fabric wrapped around a pile of a bridge with spacers.

Issam Harik teaching others about the hemp product.

The growing hemp industry in Kentucky is opening doors for numerous kinds of innovations. One such innovation is coming from a team at the University of Kentucky, which is using the plant to help fix Kentucky's bridges.

According to a press release, 7% of Kentucky bridges are classified as structurally deficient, which means that 1,100 bridges or more are in poor condition.

Issam Harik, Raymond-Blythe Professor of Civil Engineering and Program Manager at the Kentucky Transportation Center at UK, heads the team which is looking for solutions to this problem, alongside Abheetha Peiris, Research Engineer at KTC and UK students.

Harik oversees the work for this project in the lab. He explained that they take the hemp fibers and create fabrics with them. They then impregnate those fibers with resin in order to produce a hardened shell that is flexible enough to be made into a kind of shield, said Harik. These shields are shaped in the lab as forms to be used to pour concrete onto once on site, Harik said.

"It provides a quick way to form the concrete the way that we need and it is strong enough to hold until the concrete is cured," Harik said.

Aaron Cole, graduate research assistant at UK, explained that hemp has many upsides to using it instead of the steel and wood that had previously been used. He explained that hemp is biodegradable, lightweight and cheap. Cole also added that, despite the fact hemp forms are flexible and lightweight, they can hold up to 2,500 pounds.

Ethan Russell, graduate research assistant at UK, said sometimes the columns holding up bridges can get damaged or need additional support, which is where the hemp forms come in. The hemp forms are wrapped around the beams with a certain amount extra and have mixtures (such as concrete) poured in and the forms hold the mixtures until they're cured, Russell said.

Peiris noted the forms made with hemp are flexible enough they can make changes to it if they run into "unforeseen circumstances while out in the field."

Peiris, who graduated from UK and was once one of Harik's students, usually oversees the field application part of the study. He explained he helps to make sure the material is being used in the field correctly and helps train those in the field to use it so that "in the future they would be able to use the product without our help."

The hemp product is still in the "first step of many steps to be able to permit its widest use," said Harik. But the product has already had its first trial run with being used to fix one of the piles on the Highway 32 bridge over Blaine Creek in Laurence County, Ky. Both Peiris and Harik count the trial run as a success.