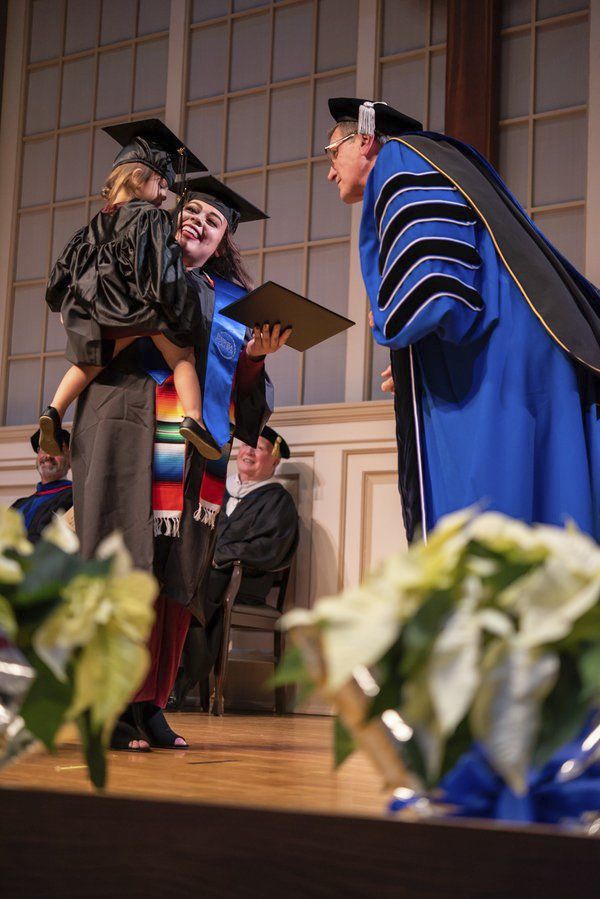 Brittany Sandoval walking across the stage with her daughter Ariella to receive her diploma. 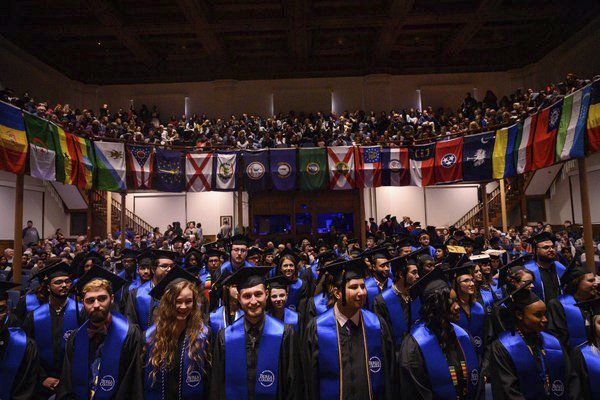 Graduates of Berea College gather for the commencement ceremony. 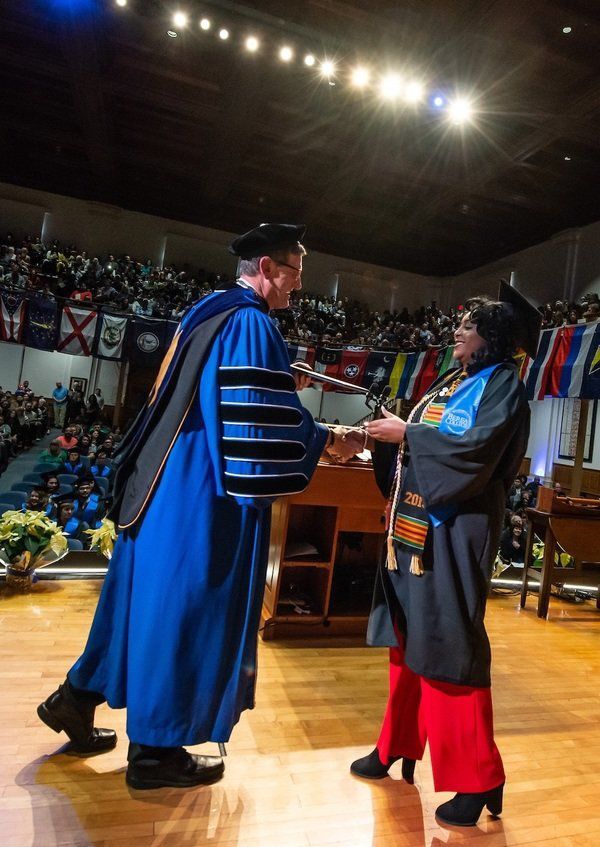 Brittany Sandoval walking across the stage with her daughter Ariella to receive her diploma.

Graduates of Berea College gather for the commencement ceremony.

Jim Branscome, a Berea College graduate of 1968, came back to Berea College Sunday to address the Mid-Year Graduates before they walked and received their diplomas. Those graduates represented 14 different states and 10 other countries.

Branscome, who was the first of his family to graduate from both high school and college, graduated with a Bachelor of Arts degree in history and political science, according to a news release. After graduating from Berea College, Branscome wore many hats.

In his opening remarks, Branscome said that when President Lyle Roelofs asked him to do the address, he went online to find good ideas on where to start his speech. He found a particular one where a commander of Seal Team 6 told students to always start their day by making their bed. Branscome said this was a “really bad idea” and instead they should use their time learning to speak Mandarin.

“It’s good to be back in Phelps Stokes Chapel and I’m resolved to stay fully awake this time,” joked Branscome at the beginning of his speech. Branscome went on to say that he had two suggestions and one “hot investment tip” for the graduating students.

Branscome began with his first suggestion being that students should “commit to sustaining and expanding the Berea Idea.”

“Berea’s motto from the book of Acts that 'God has made of one blood all peoples of the earth' is the most fundamental truth stated anywhere. Fifty to 70 years before Luke wrote that line in Acts, St. Paul said in Second Corinthians — Two Corinthians to some — 'human standards of judgment have ceased to exist' and he said believers should become “ministers of reconciliation,” Branscome said.

His second suggestion was that students commit to helping to envision an Appalachian region that finally catches up with the nation in terms of health and livelihood.

“We have an opportunity to re-homestead the mountains, restore the land, restore hope and provide a refuge for those who can no longer grow crops in the desert West or live on the coasts where rising seas threaten existence." Branscome said. "Communities all over the mountains are searching for sustainable ways to create a new way of life that does not depend upon coal companies or textile mills or furniture factories. We need a great horde of Good Samaritans to take on this task."

Branscome said the best investment a student could make would be to buy the “Vanguard Total World Stock Index, ETF” every month and every quarter. Branscome’s hot financial tip is to invest in an "imaginary dog." His argument being that the average cost of a dog, being $500 a year, would put a lot of students through Berea College.

“I hope each of you prosper economically and spiritually and never forget the vocation of reconciliation. St. Francis told his monks to always preach the gospel and, if necessary, to use words. Godspeed and may you always live on the sunny side of life,” Branscome said ending his speech.