Benson did so in an email sent from his office to faculty and staff. The email stated effective Jan. 6, 2020, he would be stepping down from his position. 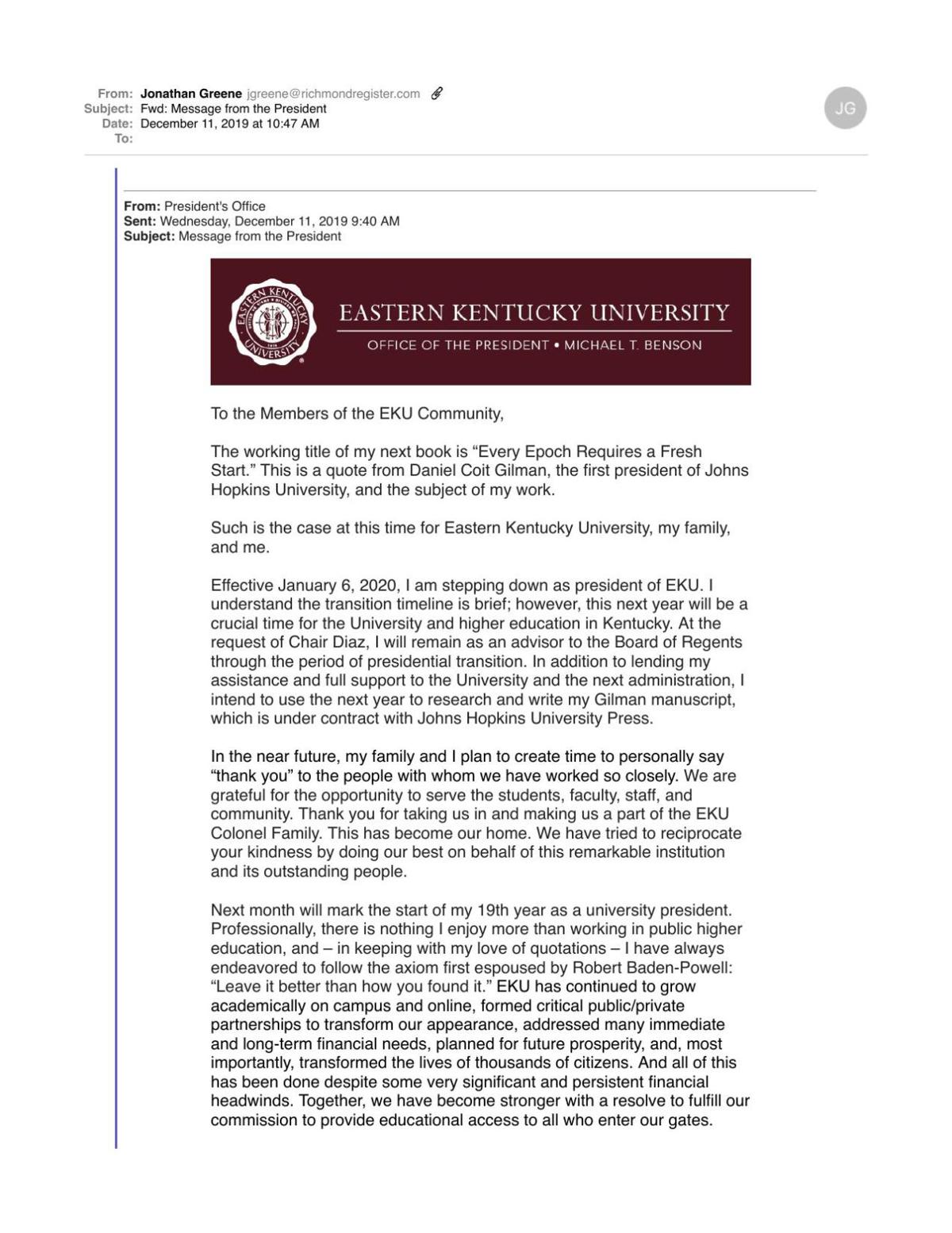 "I understand the transition timeline is brief; however, this next year will be a crucial time for the University and higher education in Kentucky," he wrote. "At the request of Chair Diaz, I will remain as an advisor to the Board of Regents through the period of presidential transition."

During his tenure, Benson has been credited with an increase in enrollment rates, securing private support and heading a large campus revitalization having constructed several new facilities in the past four years.

In the email, he writes he will lend his assistance and full support to the university and the next administration and intends to use the next year to research and write his Gilman manuscript.

"In the near future, my family and I plan to create time to personally say 'Thank you' to the people with whom we have worked so closely," he wrote. "We are grateful for the opportunity to serve the students, faculty, staff and community. Thank you for taking us in and making us a part of the EKU Colonel Family. This has become our home. We have tried to reciprocate your kindness by doing our best on behalf of this remarkable institution and its outstanding people."

With hundreds of graduates expected to received their diplomas on Friday to end the semester, Benson writes he will still run the commencement ceremonies.

"I wish you all the very best and know you will represent your alma mater to the fullest," he said in the email.

He said his hope going forward is that the state and all supporters of EKU will continue to recognize higher education and particularly Eastern as primary priorities.

"Having the opportunity to lead this institution represents some of the most exciting and rewarding years of my career. It is also one of the great privileges of my life. Thank you for allowing us to be a part of the inspiring tradition that is EKU," he said.