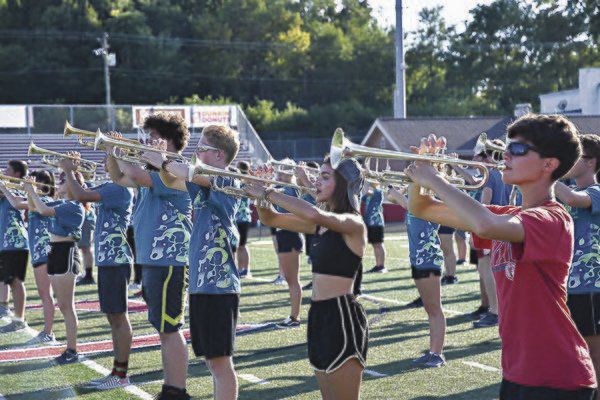 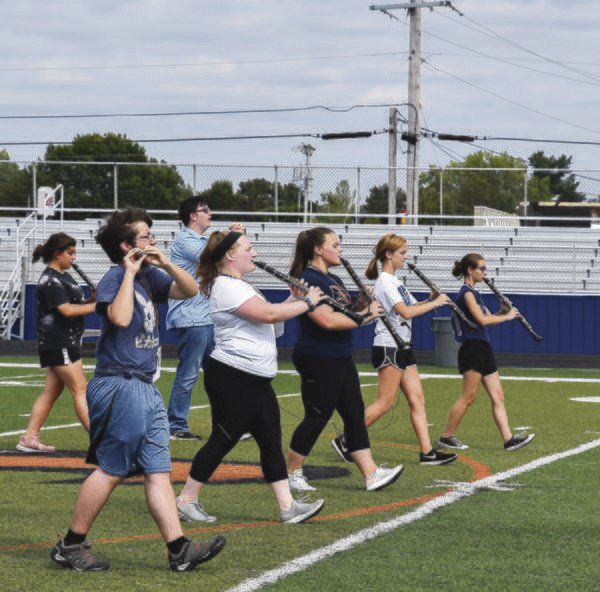 This year is proving to be a great one for Madison County band students as both Madison Central and Madison Southern High School marching bands are set to take the field this weekend at the state marching band competition.

Madison Central, a five-time state champion, is set to perform Saturday at 1:45 p.m. at L.T. Smith Stadium on Western Kentucky University's campus in the Class 5A semifinals. Madison Southern, who qualified for the Class 4A semifinals following a seventh-place regional finish, is set to perform at 12:30 p.m. at Barren County High School. Finals begin at 6 p.m. at L.T. Smith Stadium in Bowling Green.

For Southern, director David Ratliff credits the middle school directors, Kristen Harrod from Foley Middle School and Emily Wilson from Farristown Middle School, with getting students excited about band and interested in continuing in high school.

"There is no way we could do the things we do musically here at the high school without the hard work of those two individuals," he said.

It is Ratliff's 14th year of directing the band at Madison Southern and he said getting to perform on the field with groups from all across the state is always very exciting.

Ratliff takes great pride in seeing the group grow in skill and unity throughout the season.

"Watching the faces of the students as they begin to achieve at a high level is always a highlight for me," he said.

In true Kentucky tradition, the title of Southern's show is "Unbroken" and is a play on the strength and majesty of wild horses. Drum majors for the group are MSHS senior Keli Aldridge and MSHS junior Alexander Pyzik.

"The staff and I feel the band is progressing at a high level as we head into the championship weekend," Ratliff said. "The nature of marching band as a competitive activity is that you cannot really 'play defense' against the other groups -- all you can do is make your performance as outstanding as possible and let the chips fall where they fall. As long as the students perform to the best of their abilities this weekend, that is all I or our staff could ask for. I have zero doubt they will be ready and will be hugely successful."

Anyone wishing to give the Madison Southern marching band a great send-off before States is invited to see the group perform their field show on Friday night at 7 p.m. at the MSHS Football Stadium.

Central's marching band has placed third the past two years. David Jaggie, director of marching band at Madison Central since 2006, and his band of 280 students are hoping for more this year.

"The season has gone really well for us," Jaggie said. "We've had several great performances, including a couple of pretty noteworthy ones."

During a September competition at Morehead State University, Madison Central experienced an electrical blackout with about a minute remaining in the band's performance. "The students didn't miss a beat," praised Jaggie. The band ended up winning that competition.

Jaggie acknowledged that the weather this weekend might be an issue, with 2-3 inches of rain in the forecast.

"We're taking our best group to state in three years," he said. "We're really excited about that. The show has taken off in the last two weeks, we feel like we're peaking at just the right time."