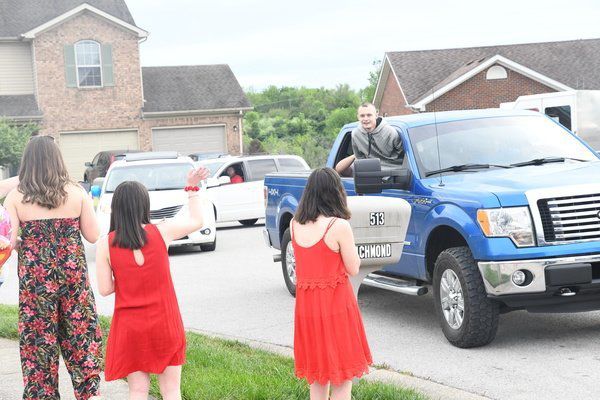 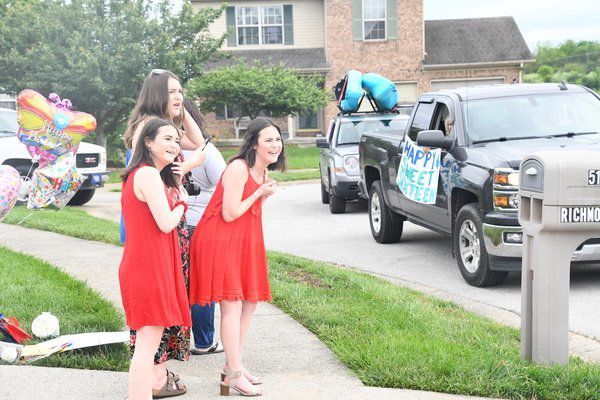 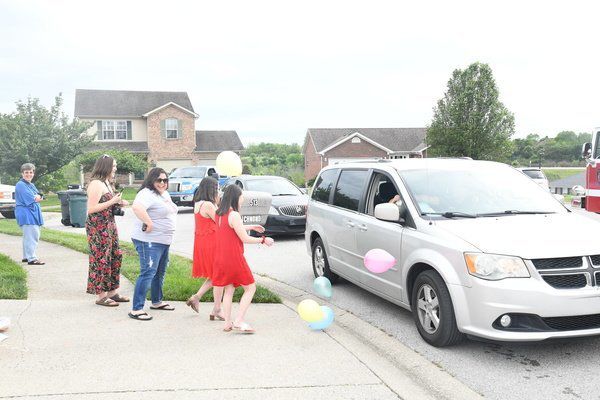 Friends and family of twin sisters, Jenna and Maggie drove by their home to celebrate the girls' 16th birthday. 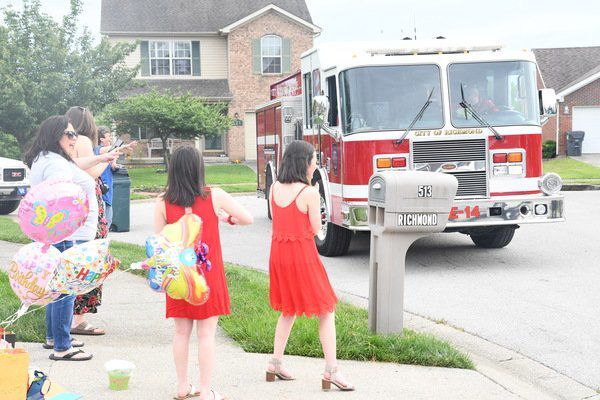 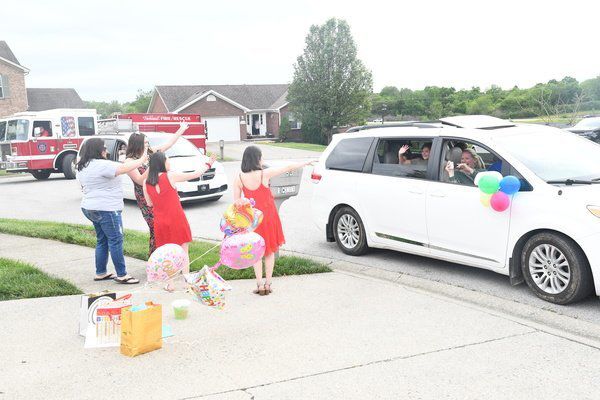 Friends and family of twin sisters, Jenna and Maggie drove by their home to celebrate the girls' 16th birthday.

For Richmond mother Anna Richmond, the 16th birthday of her twin daughters is something she did not know if she — or they — would ever see.

But flash forward to 2020, the parents were able to do something they have been planning their daughters’ entire lives, giving them a surprise parade with family and friends for their milestone birthday.

“We are very happy to have this day to share with them,” she told The Register. “(It’s a day) that I did not know I was going to have with one, both or none (of my daughters) or even me.”

During her pregnancy, Richmond, a nurse herself, experienced severe preeclampsia, compromising her and her daughters' safety, barely carrying them to 28 weeks.

On March 27, 2004, Jenna and Maggie Richmond were born, and both were held in the Natal Intensive Care Unit (NICU) for months following their arrival.

But now, the girls are happy and healthy. And as their mother says, no one would ever know the trials the girls have overcome.

“They have overcome many adversities and obstacles to get to this point,” Richmond said. “They are pretty amazing, and anyone (who) meets them, loves them.”

Since their birth, Jenna and Maggie’s parents have been dreaming of the day they could throw a huge celebration for their daughters.

“This is something we have talked about their whole life,” Richmond admitted.

But the plan was not always to have a parade.

Originally, like any teenage girl or girls, an extravagant sweet 16 party was booked at Gillum’s Sports Lounge to include a DJ and dance floor.

But because of the coronavirus, the family's dream party was canceled.

After talking with her husband, Brian Richmond, a captain with the Richmond Fire Department, they decided to give their daughters a parade.

According to the father, being able to include his profession in his daughters' big day is something that makes the day even more special.

"It is great being where I am, being a firefighter in Richmond," Brian Richmond said. "(The girls) are proud of dad, and that is the first thing they tell people is, 'My dad is a firefighter.' With the days that go by, and to see how far they have come along, it's been a journey, and I can't believe they are 16 (Wednesday)."

And while they say the event is not the party they planned, they are doing everything they can to honor their girls.

"With coronavirus issues, we can't do the things we planned on doing, but we are trying to make it as special," Brian said.

Thinking their mother was going solely to pick up pizza, secretly, Anna Richmond was corralling the girls’ closest friends and family nearby to follow her in a parade to commemorate Jenna and Maggie’s lives.

“We are grateful to have this opportunity because we were given very little hope to their survival,” Anna Richmond said. “We did not know that they would walk, talk or meet milestones. But they overcame every obstacle.

"They have always been fighters through every roller coaster we have been given, in the NICU, throughout their life, they have overcome it all and it is because of our faith, family and friends and their prayers.”