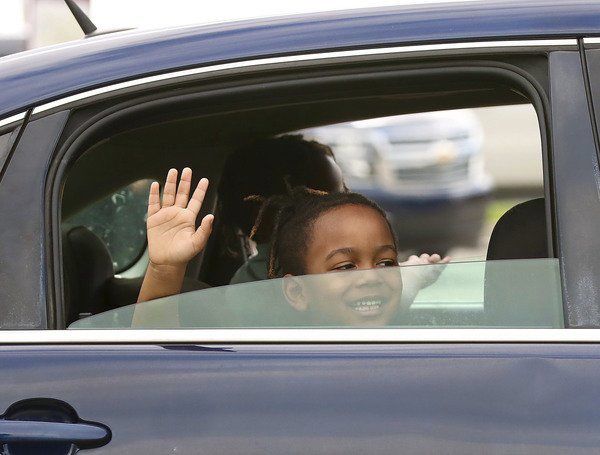 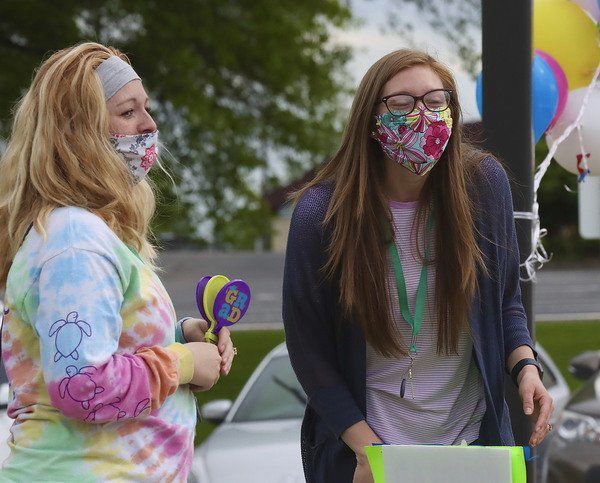 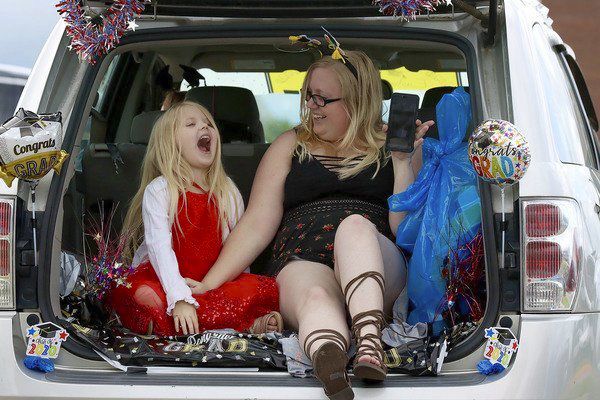 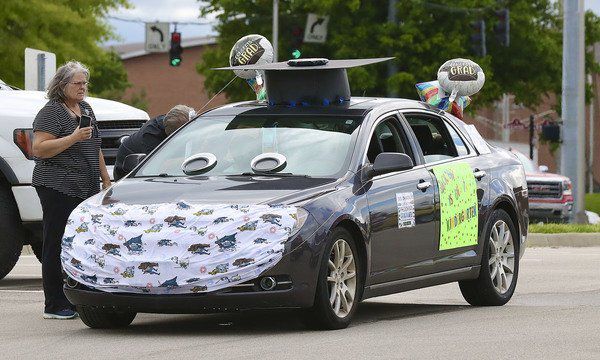 Since it opened in 2017, Eastern Kentucky University's Scholar House has held a big year-end celebration for the pre-kindergarten students in its Head Start program.

Of course, that wasn't possible this year because of the COVID-19 crisis.

The staff, however, was determined to honor the 16 students who were graduating on to kindergarten.

"We just had to do something," said Melissa Gross, director of the EKU Scholar House. "We thought a parade would be fun."

Despite the threat of rain, the pre-k graduates were able to ride through the parking lot of the facility on Thursday in a social-distancing safe event.

Many of the families had decorated their cars with balloons, signs and even a gigantic graduation cap.

After all the vehicles had paraded past the teachers, who were lined up on the route, the students were honored once again with a horn salute.

Each child was also given a special gift basket during the parade as well.

"There's books and pictures," Gross said. "Their teachers all wrote them notes. It's just an usual way to end, but it was what we could do."

One of the books the children were given was Amy Krouse's "I Wish You More."

The pre-k grads will get another special treat next week.

"(Interim EKU) President (David) McFaddin read the book to them, and they will see it in video next week," Gross said.

The EKU Scholar House is a partnership between the Kentucky Housing Corporation (KHC), Kentucky River Foothills Development Council Inc. (KRFDC), the city of Richmond and EKU.

The facility has 39 apartments for single parents who are going to school full time. The Scholar House also has a child development center that can hold up to 80 kids.

"We are here for from from when they are six-weeks old until they are five," Gross said.

EKU shut down its campus in March, clearing students out of dorms.

Residents were allowed to stay at the Scholar House, but the child care facility was closed.

It is scheduled to re-open on June 15.

Gross and the rest of the staff are eagerly awaiting the return of the kids.

"Our parents need to get back to studying," she said. "We are here to support them and help them get their degrees."