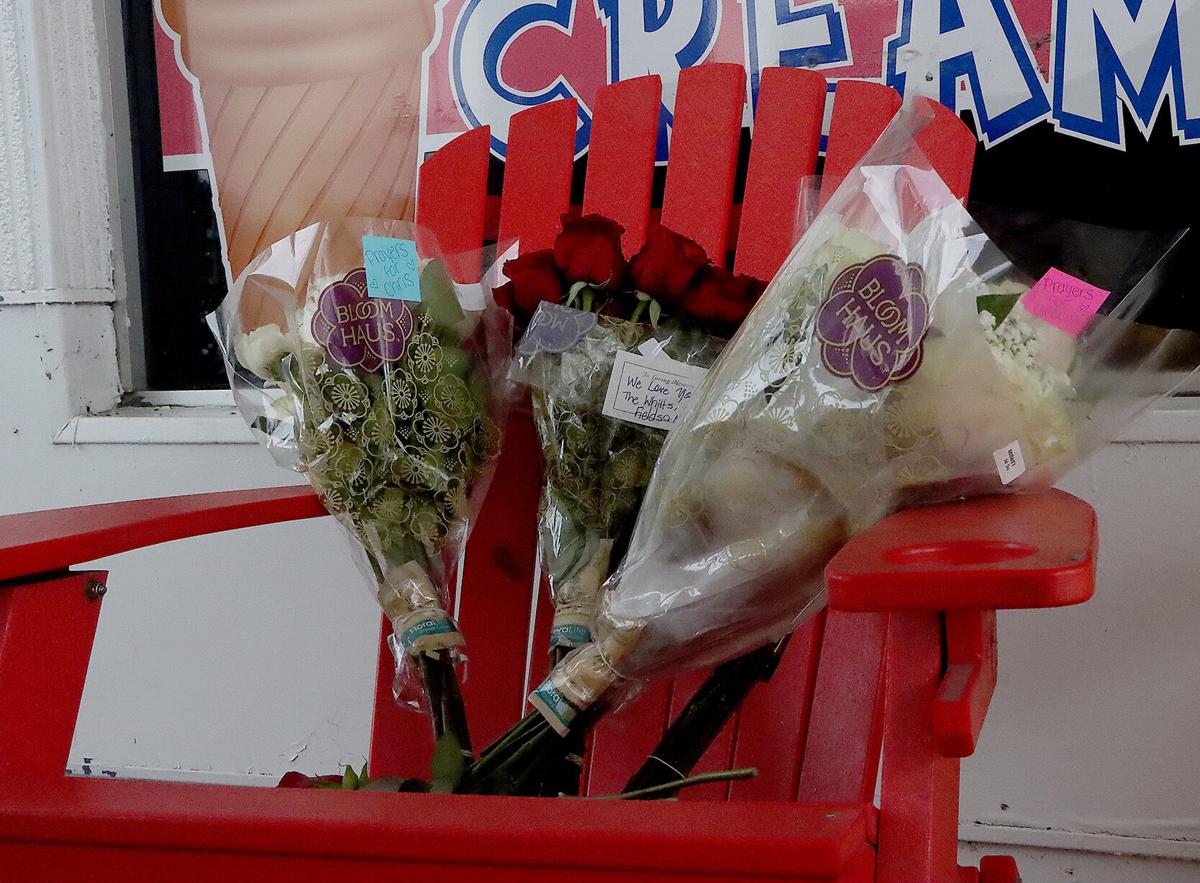 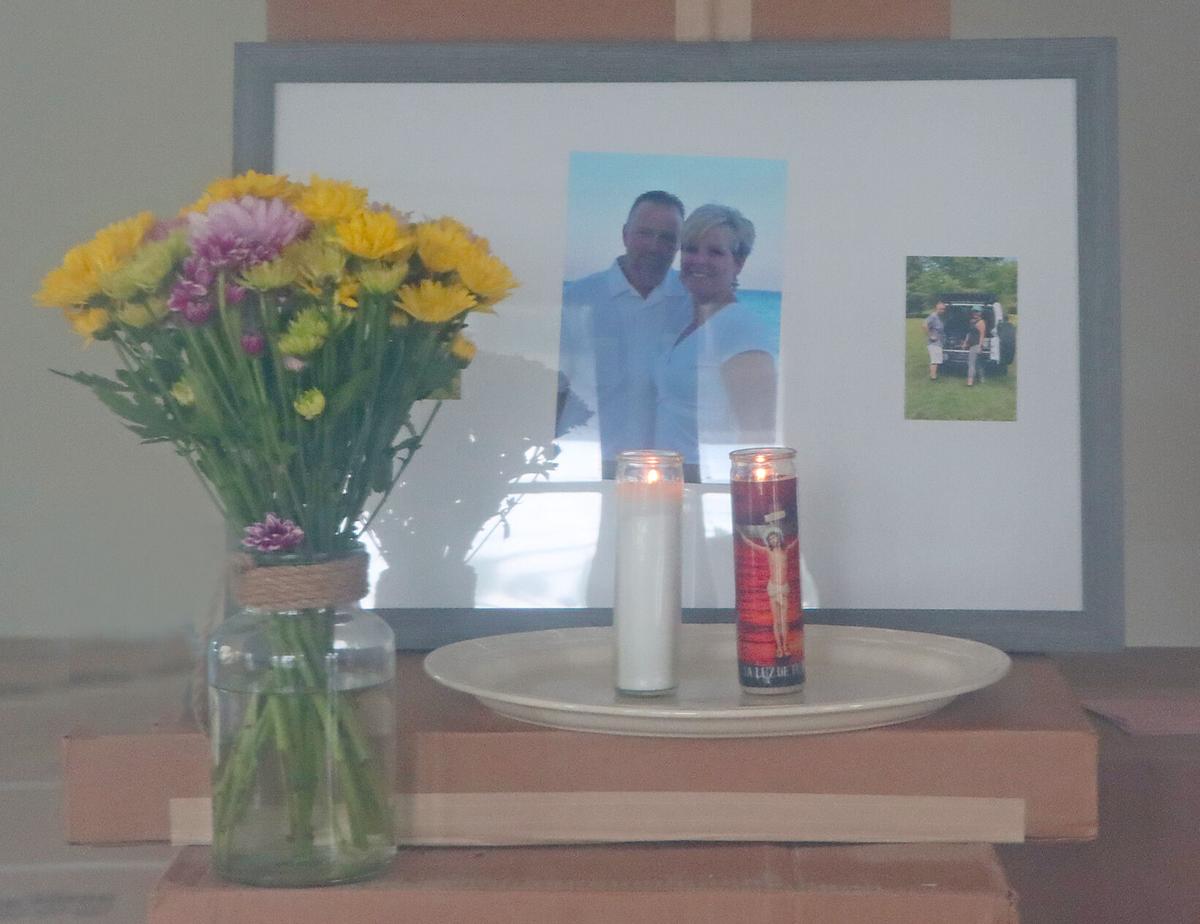 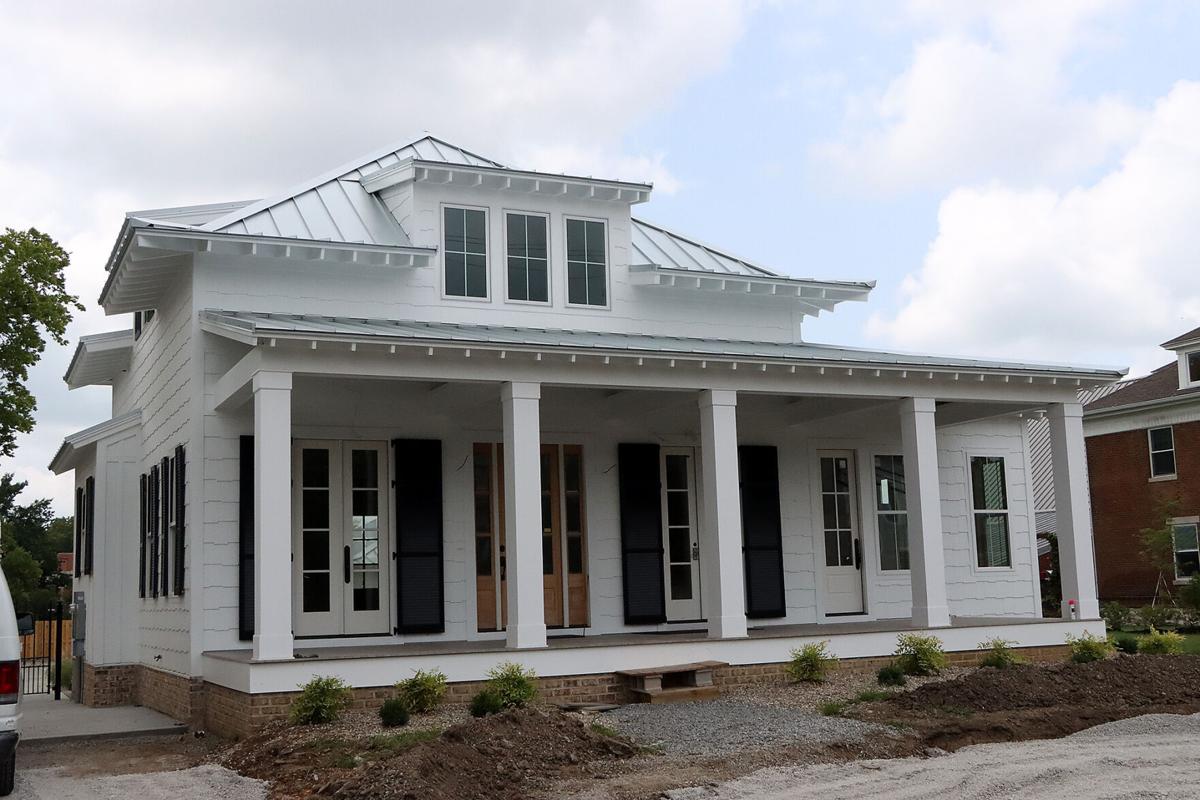 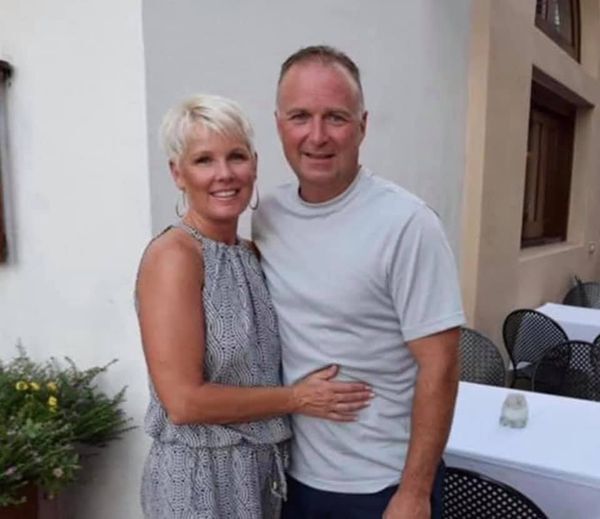 You don’t have to look far to see the impact Christopher and Gracie Hager left on Richmond.

The couple’s fingerprints are littered across the town they loved and felt a deep connection to.

At the University Shell on the Eastern Bypass which the couple owned, a small memorial of flowers has been erected in memory of the Hagers. The tell-tell smell of candles and baked goods which was a signature of Gracie Hager’s touch still in the air.

A sign in front of Richmond City Hall expressed prayers for the couple who were business leaders and mentors to so many in the community.

Just down the street, the couple’s antebellum-style home they were building on the site of a crumbling Victorian is the most current example of projects the couple were working on.

“It was just the kind of people they were,” Lori Murphy Tatum said of the Hagers. “They were the Chip and Joanna Gains of Richmond. They would take something that was blighted and terrible and work to make it the most magnificent thing you would ever see.”

Murphy said the Hagers made their mark on Richmond, which is something the community can cling to in the wake of their passing.

“If anything, the lesson we can take from Chris and Gracie is to make it better than how you found it. They were always doing that,” Tatum said.

Thomas Birl, 51, of Cadiz has been charged with their murder.

As a community mourns the loss of the Richmond couple, many have shared stories of the Hager’s.

Many have spoke about the couple’s deep love and commitment to their Christian values, their kindness and generosity, their sense of humor and willingness to help others.

“Our hearts are heavy ... over the tragic loss of Chris and Gracie Hager, dear friends of so many,” Eastside Community Church posted on Facebook.

The church will be holding a community prayer service tonight at 6:30 p.m. at 2010 Catalpa Loop in Richmond.

Morgan Burdine was just 14-years-old when she met Gracie Hager at the University Shell station the couple owned.

“I was with my mom, and I complimented this lady on her pearl earrings. She took them right off her ears and gave them to me,” Burdine said. “She was the sweetest lady.”

Burdine said she will always remember going into the gas station when she was younger and how good is smelled and the kindness of Gracie Hager.

“So many years later and I still go in there,” Burdine said. “Now it will never be the same.”

Samantha Jo Shepherd, owner of the White Stitch Boutique in Berea, said she still in shock over the deaths of Christopher and Gracie Hager.

“They were wonderful people and touched the community in so many ways. I’m so thankful for the opportunities they gave me while being their tenants. My business would not be what it is today without it,” Shepherd said.

In a post on Facebook, Shepherd said she rented a retail place from the couple seven years ago and their kindness and words of encouragement were paramount.

“They took a chance on my dreams, barely knowing our names. They mentored us and did what they could to make sure Miss Monogram thrived,” Shepherd wrote.

“Chris told me when we first opened the doors, ‘If you work half as hard for yourself as you do someone else, you will never have to worry about how you’re going to make it. I see you have it in you, you will succeed. Stop worrying and believe in yourself.’ Those words have been stamped in my mindset every day since. You know what? He wasn’t wrong,” Shepherd recalled.

Local business Bluegrass Marble and Granite also had a similar story they shared on Facebook.

“Christopher and Gracie Hager were not only our clients, but our friends,” the post said. “The Hagers took a chance on Bluegrass Marble and Granite in 2018, and continued to help us grow our business over the years.”

Christopher Hager, who was a real estate agent at ERA Professional Hometown Services in Richmond, was also active with Better Homes and Gardens in Naples, Florida. The couple also owned several residential properties.

According to the Naples Daily News, the Naples community joined in mourning the loss of the part-time Southwest Florida residents.

"It's a sad, sad day here," Kathy Zorn, owner and broker at Better Homes and Gardens Real Estate Pristine in Naples, where Chris Hager had worked as an agent since 2019, told the paper.

The Naples Area Board of Realtors sent its condolences to the Hager family.

"On behalf of the Naples Area Board of Realtors and its family of members, we are sad to hear of the passing of member Christopher Hager and send our deepest condolences to his friends and family," President Corey McCloskey said.

Richmond local Todd Mason said he spoke with Christopher Hager almost weekly and Chris always answered his call. Mason said Gracie Hager would often let him fill his gas tank up at the couple’s gas station when he didn’t have money on him.

“If there would be anything I learned from you is to be giving and full of gratitude,” Mason said.

Tatum said she got to know the Hagers over the years as they were the visitor center’s across-the-street-neighbors, not once, but twice.

“We kidded each other for many years over their Christmas decorations when they lived across the street in the grey brick house. They had the most gorgeous decorations. When they moved, we joked with them that now the visitor center would get to have the prettiest decorations on East Main Street,” Tatum recalled.

When the couple were building their new house on the site of the old “Scooby Doo” house, Tatum said Chris and Gracie Hager were eager to start the decoration rivalry once more.

“’It’s on next year,’ they said to us one day,” Tatum said. “They were just wonderful, wonderful people. The community lost a great deal on Tuesday.”