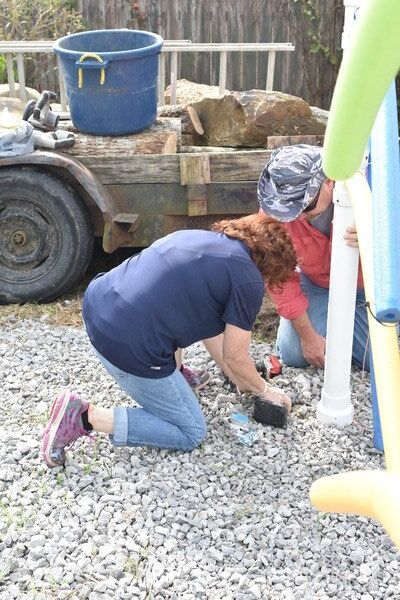 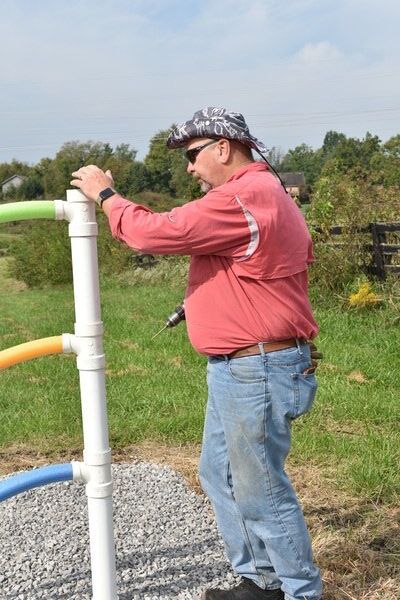 Saturday morning, a local non-profit had a few extra hands to get them through the day.

While at the therapeutic riding center, the Colonels assisted in building an abilities course.

Mark Martin, Co-founder of KFTHC alongside his wife Cheryl, explained the course had been set up for the veterans, which the program helps. He said it helps to give them something to stay “active and engaged” and to help them gain the skills to be able to convince the horse they work with to do something “they might not want to do.”

On Saturday, the Colonels helped build a large arch with strings of plastic bottles hanging from it. This gives the horses an exciting place to walk through. They also worked on a contraption made out of pool noodles and PVC pipe. The pipes form the side of the walkthrough area while the pool noodles reach inward. Mark Martin explained this teaches the horses to push through obstacles.

According to Collins, for 2021’s Day of Service, Kentucky Colonels participated in similar volunteer activities across the Commonwealth and visited five different locations in four other cities.

“We like to give the Colonels the opportunity to see some of the non-profits they are supporting because it’s their dollars that go towards the non-profits,” Collins said.

This year, through donations from Colonels in Kentucky and around the world, the Honorable Order of Kentucky Colonels donated $2.1 million to support 275 charities in Kentucky.

Both Colonel Jerry Robinson and Colonel Robin Tremblay told The Register volunteering is just a way of life for them.

“Everybody should give back in some way,” Robinson said.