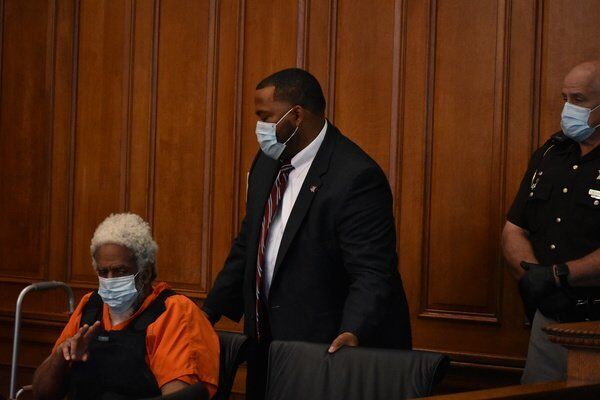 Thomas Birl's preliminary trial was held on Thursday. His case has been sent to the Madison County Grand Jury for their decision. 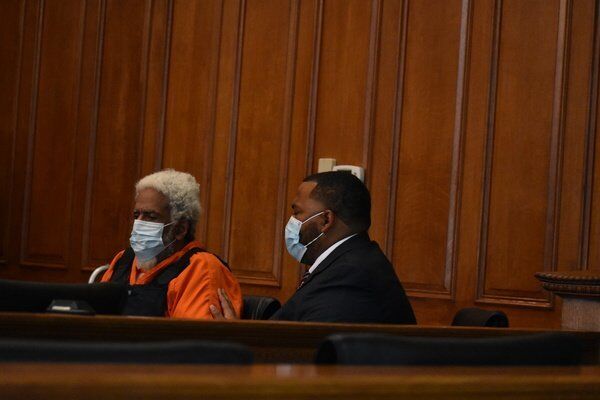 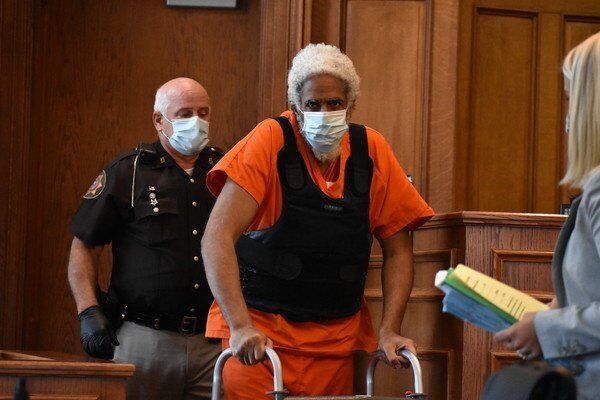 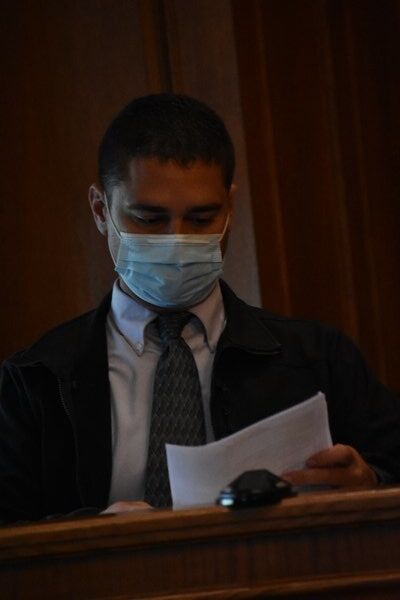 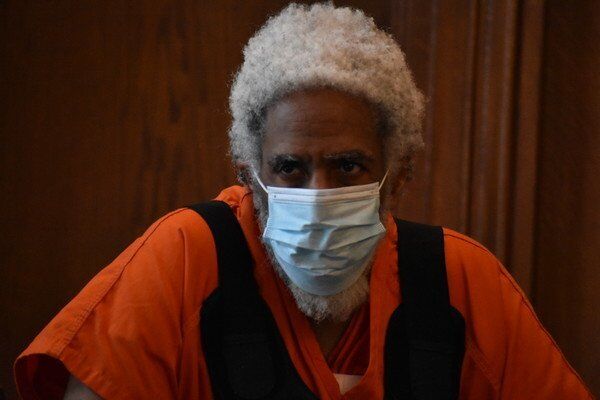 Thomas Birl's preliminary trial was held on Thursday. His case has been sent to the Madison County Grand Jury for their decision.

The case of Thomas Birl, 51, of Cadiz, has been sent to the Madison County Grand Jury.

Birl had a preliminary trial Thursday at 11 a.m., at which Madison County Judge Earl-Ray Neal presided. Birl has been charged with two counts of murder, arson, tampering with physical evidence, criminal mischief, and receiving stolen property.

That day, the judge and those in the courtroom heard from County Attorney Jennie Haymond, witnesses, and Birl's attorney, Daniel Whitley who attempted to lower Birl's $5 million bond.

To argue against lowering the bond, Haymond stated evidence suggested what occurred on August 3 was "cold-blooded murder."

“We are looking at three class A felonies, including two murder charges,” Haymond said. “… Based on the evidence at hand, this is cold-blooded murder for two victims who had no involvement of any type of criminal activity… There is nothing more to show that mister Birl is a danger to others and this community by the actions shown in this case itself. So we find the bond is more than appropriate.”

During the preliminary trial, Haymond brought Detective Jason Friend to the witness stand to testify. Friend is the lead investigator on Birl’s case and is the one who charged Birl.

Haymond asked Friend specifics about the double murder charge. Friend told the court the Richmond police had several people calling in saying there had been a shooting at 238 Keystone Drive.

“When we responded to the scene, it was determined that all the witnesses said a black male had shot a white male and white female, the white female was in a white truck in front of 238 Keystone Drive, and the shooter went back into apartment A and remained in apartment A,” Friend said.

When Haymond asked how Friend determined Birl was the shooter, he told the court Birl’s girlfriend of three years witnessed the incident and told investigators it was Birl.

Daniel Whitley, Birl’s attorney, asked Friend if the witnesses said what led to the incident. Friend said Birl’s girlfriend told officers the male victim came by to tell her there would be a possible change in ownership of the apartments, and her rent might go up. Friend said she told officers she grew upset at this and Birl, “Came walking down the stairs, didn’t say anything, drew a firearm and started firing on the victims,” according to Friend.

Friend explained there was about a four-hour stand-off with officers after the shooting occurred. The results of the stand-off, and the investigation occurring afterward, brought about the additional charges of arson, tampering with physical evidence, criminal mischief, and receiving stolen property.

Friend explained about halfway into the stand-off, the officers saw smoke coming out of the rear upstairs windows.

“As the stand-off went on, the smoke became thicker and darker, heavier, to the point where visible flames could be seen from inside the apartment,” Friend said.

It was then Birl jumped from the second floor of the apartment and was arrested. The fire department could then extinguish the fire. Police had a search warrant to search the apartment and entered after the fire was extinguished. During the search, they found a stolen 9 mm handgun reported stolen out of West Virginia.

“The arson investigator of the fire department determined the fire was started by an accelerant in the rear upstairs bathroom,” Friend said. “When the defendant was placed under arrest, a lighter was discovered in his pocket.”

Because Birl was the only one in apartment A, Birl was charged with arson.

Haymond then inquired about the tampering with physical evidence besides the firearm found.

Inside the defendant's bedroom, they found over 1,500 rounds of 9 mm ammunition, a ballistics helmet, ballistics vest, bulletproof vest, a medical kit, Birl’s phone, his computer, the surveillance component which collects the data of the surveillance video from the apartment, the two surveillance cameras from the front of the house and the rear of the house, a briefcase with documents inside of it which was damaged by the fire.

“… We believe that given he had just murdered two people, he believed official proceedings were going to take place, and any evidence which was inside the apartment would be in error, or we would not be able to discover if it was set on fire,” Friend said.

Friend told the court the stolen handgun was determined to be the gun used in the shooting of the two victims. Friend said two firearms were found in the apartment, the stolen 9mm, and a .38 special revolver.

“The female victim had two 9mm projectiles recovered from her body, we recovered a 9mm projectile from inside the truck, we found six …. 9mm shell casings in the driveway near where the witnesses said it took place and the 9mm firearm we recovered in the defendant’s bedroom had three …. 9mm rounds inside the firearm. One was in the chamber,” Friend said.

Friend said the rounds found inside the firearm were the same as the shell casings found in the driveway.

The detective then explained the criminal mischief charge came from the damage done to the apartment when Birl allegedly set fire to it. He said the estimated damages are around $100,000.

Daniel Whitley, Birl’s attorney, then questioned the witness. He asked Friend what date the firearm was reported stolen. Friend said it was reported stolen on Jan. 4, 2017. Whitley asked if there was evidence Birl knew the firearm was stolen, and Friend said there was none. The Commonwealth argued probable cause was determined because possession of the stolen property is sufficient to be charged with receiving stolen property with no explanation of possession of the property.

“Certainly, the court does find probable cause on all of the charges,” Judge Earl-Ray Neal said. He relinquished all matters to the Madison County Grand Jury for their review.

Whitley then made a motion to question the bond which had been set for Birl at $5 million. Whitley argued the bond of $5 million was not realistic for “any American” to pay. He asked for an adjustment of the bond rate to around $250,000 to $300,000.

Given the severity of the case and charges, the judge agreed the judicial finding of danger to himself or others as appropriate and continued the finding; he also found the bond set was constitutional and reasonable.

“I’ll just say that sometimes in our community, we are swift in condemning people,” Whitley said. “… We just ask whatever happens that mercy prevails, we don’t just pass judgment… We ask for patience. Let the criminal justice system work itself out.”

“We’ll leave it all in the courtroom,” Whitley said.