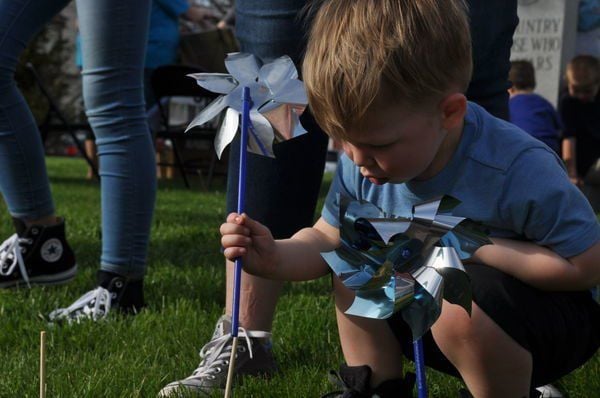 Jon David Arthur put into place one of the more than 500 pinwheels planted last year during the annual child abuse awareness event at the Madison County Courthouse. 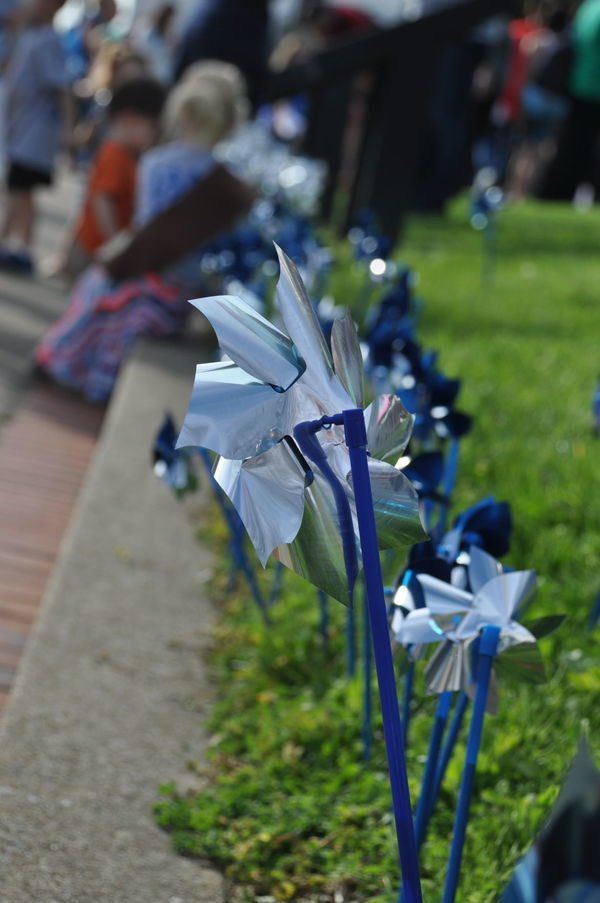 One of more than 500 pinwheels planted last year during the annual child abuse awareness event at the Madison County Courthouse.

Jon David Arthur put into place one of the more than 500 pinwheels planted last year during the annual child abuse awareness event at the Madison County Courthouse.

One of more than 500 pinwheels planted last year during the annual child abuse awareness event at the Madison County Courthouse.

Kentucky children continue to be hurt at an alarming rate, according to a report by the U.S. Department of Health and Human Services (HHS), just in time to bring awareness to National Child Abuse Prevention Month.

The commonwealth now has the highest abuse rate in the country after the release of the HHS Children's Bureau "Child Maltreatment 2017" report.

The report stated that out of 1,000 children in Kentucky, statistically, 22 of them will be victims of abuse and neglect. The rate is more than double the national average.

Kentucky reported more than 22,000 victims, 2,000 more than the 2016 report. In Madison County during 2018, there were 526 children who were abused and neglected, according to Victoria Benge, executive director for Court Appointed Special Advocates (CASA) of Madison County.

"These are substantiated cases, meaning there is enough evidence to suggest the abuse and neglect occurred," Benge said. "This is an issue in our state and in our county and we all need to work together to prevent this and help the next generation be the best they can be."

According to Benge, that number continues to increase. In 2017, Madison County had 520 victims of abuse and neglect. The same HHS "Child Maltreatment" report from 2016 had Kentucky's child abuse rate as the second-highest in the nation.

Typically, it's a combination of factors that cause high stress levels in the family, which could include a lack of education, money troubles or a variety of other stressors. Drug abuse is a big determinant.

"Drug use is a major issue in Madison County and in Kentucky as a whole," Benge said. "This is a major factor for why we are seeing such an increase in the numbers of victims of abuse and neglect in our community."

CASA of Madison County is one of a many organizations that is working on behalf of victims of abuse.

They train community volunteers to advocate on behalf of abused and neglected children in the Family Court System, Benge said. CASA volunteers are appointed to a child or sibling set and stay involved until that child achieves permanency.

These volunteers meet with everyone involved in the child's life and visit with them monthly. Based on the visits and the information the volunteer collects, they make recommendations to the court regarding the child's best interest.

"Often times, CASA volunteers are the only consistent person involved in the child's life," Benge said.

Benge said child abuse occurs at every socioeconomic level. In most cases, it isn't one single circumstance that leads to abuse, she said.

"Children from lower socioeconomic homes as well as from tremendously wealthy homes, and everywhere in between, are being abused and neglected in our state," Benge said. "Similarly, children who are victims of abuse and neglect are all ethnicities and races. Abuse and neglect is not found in one particular type of family."

Continual budget cuts have also put a strain on the system in place to protect children.

Lack of support for social workers has resulted in turnover and now state workers, including child protection workers, are looking at drastic changes to their pensions, leading some to leave.

On Thursday, April 11, CASA and other key agencies are holding their annual Prevent Child Abuse event to raise awareness of child abuse and help prevent it. CASA has collaborated with community partners who will have tables with information on the services they provide. There also will be activities for everyone to enjoy, including an inflatable, a fire truck, princesses, face painting, door prizes and free snacks, Benge said.

They will also be placing 526 pinwheels in the lawn of the courthouse, each one symbolizing an abused and neglected child in Madison County in 2018. These pinwheels will stay up over the weekend. The event is from 5 to 7 p.m. on the courthouse lawn.

"Come out and have fun. Invite your friends, family and neighbors," Benge said. "We will be putting 526 pinwheels in the ground so we need a lot of hands!"

Reporting can also be done online at https://prdweb.chfs.ky.gov/ReportAbuse/OutofHours.aspx. The national abuse hotline can be reached at 800-4-A-CHILD (422-4453).

Learning the TEN-4 bruising rule can help people identify possible abuse, according to a press release from Norton's Children's Hospital. The rule says that children under 4 should not have bruising on their torso, ears or neck.

It's also important for people to help stressed parents, maybe by offering to babysit for a while or offering to run an errand, the hospital release states. People can help prevent abuse also by simply de-stressing a situation with a statement such as "I remember when my child acted like that."