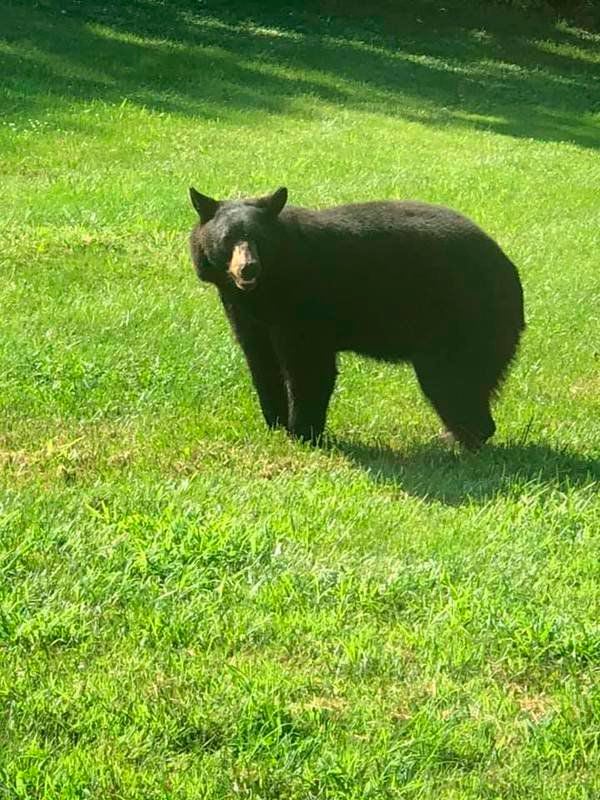 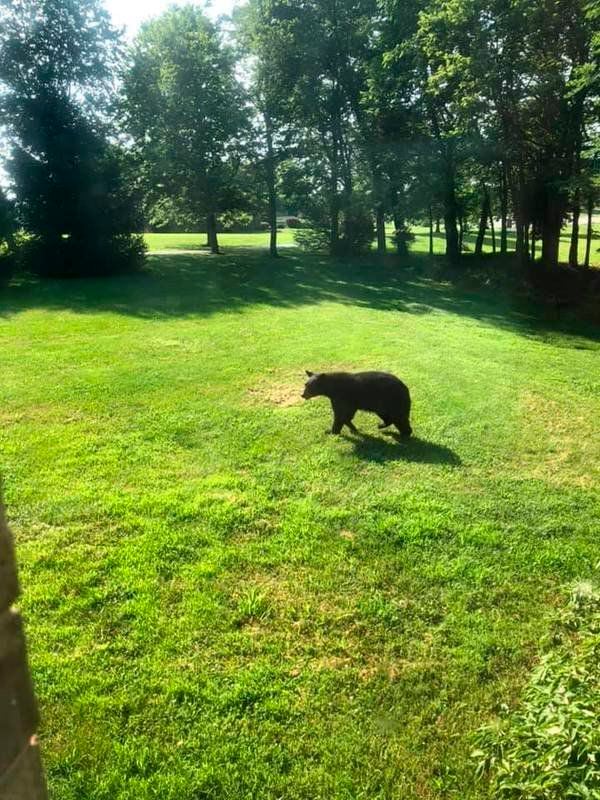 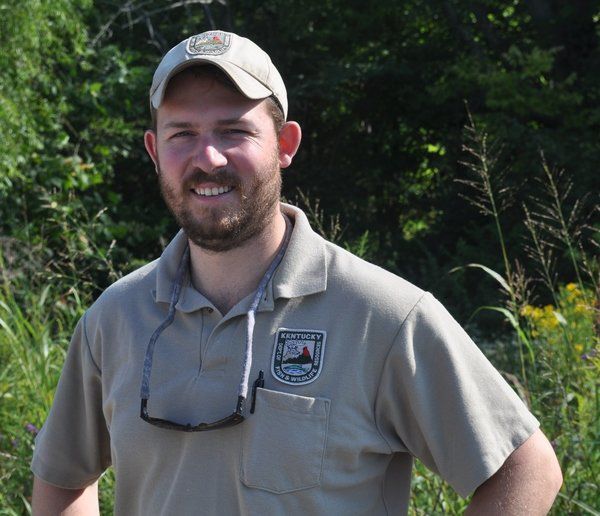 This summer has already been out of the ordinary when it comes to Kentucky's black bear population.

So far this year, John Hast, bear program coordinator with the Kentucky Department of Fish and Wildlife, has received eight calls about black bears being spotted in Madison County. That's almost half of the calls he's received about bears in Madison County since the department's bear tracking program was implemented in 2012, he explained.

"Really, Madison County is one of those transitional counties," he said.

He explained parts of it, such as in Berea and in the parts of the county closer to Estill County, there are mountains. That means those parts of the county include elements that could be considered natural territory for bears. However, in and around Richmond, the land isn't suited to be a bear's home, as it's more similar to the bluegrass region of Kentucky.

So he said it makes sense bears are being sighted in Madison County, and The Register has received a couple of reports about the bears in residential areas, as well.

Rachel Brandenburg, who lives in the Orchard Hills subdivision, said her husband encountered a black bear when he took the trash outside. It was the second time in a week a bear was spotted in their neighborhood, she said.

Alex Fassas, who lives in The Woods, spotted one black bear in his front yard on Monday just snooping around his house. He posted images on social media, advising his neighbors the best thing to do is to leave the bears alone.

Hast backed up that advice, adding people don't need to be too worried about bears in their neighborhoods.

"Really, all over the country, we've got lots of people living with bears," he said.

He mentioned other states, such as Wyoming, have much higher black bear populations.

"They've got tenfold more bears living with the same amount of people with very, very few incidents," he said. "Bears are naturally reclusive. They don't want to see people."

However, he said, it makes sense people are seeing bears more frequently in Madison County this year.

"There's just more of them this summer," Hast said.

He explained over the past several years, black bears have been recolonizing Kentucky, where they used to thrive. But by the early 1900s, "bears were essentially eliminated," according to the Department of Fish and Wildlife's web page on black bears. As forests were logged and people hunted bears without regulations in place, bears stuck to neighboring states, such as Tennessee and West Virginia.

As black bears re-entered the state, the department has been keeping track of them, Hast said.

He called black bears "a keystone part of the animals that were once here that came back." And since they came back, they've been successful and repopulating in the area, as well.

As a result, the younger male bears have left their natural habitat to roam around during summer — which is mating season for the bears — to not only find a new mate, but also a new home, Hast said.

"They go on what I call a walkabout in search of new territory," he said. They're looking "to set up shop somewhere different."

He said as long as people in Madison County aren't feeding the bears, they'll return to the mountains around September or October.

"Really the key is people giving them a natural respect," he said. "We never want to see a bear out in this area getting a human meal."

He said that means don't throw out old food in a yard, and to be careful if your trash contains food, as well. He said its best to take out trash that includes food the day of trash pickup in your area.

Hast also advised to not get close to bears.

Anyone who sees a bear in their neighborhood is asked to report it to the Department of Fish and Wildlife's info center at 800-858-1549 during normal business hours so the department can continue to monitor bear movements in the state.

This helps them know if there's a cluster of black bears in any area and provides information to the department that's necessary for them to manage the black bear population.

Hast said it also allows him to know if he should put together educational programs for counties in Kentucky.

However, if someone is experiencing an emergency regarding a black bear, they should call law enforcement instead.

For more information about what to do when you see a black bear, visit bearwise.org.