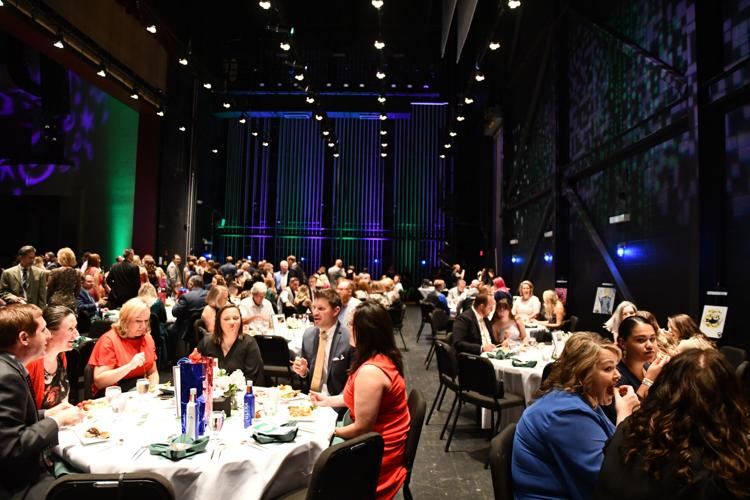 The Superhero Gala hosts 200 members of the community on Saturday evening. 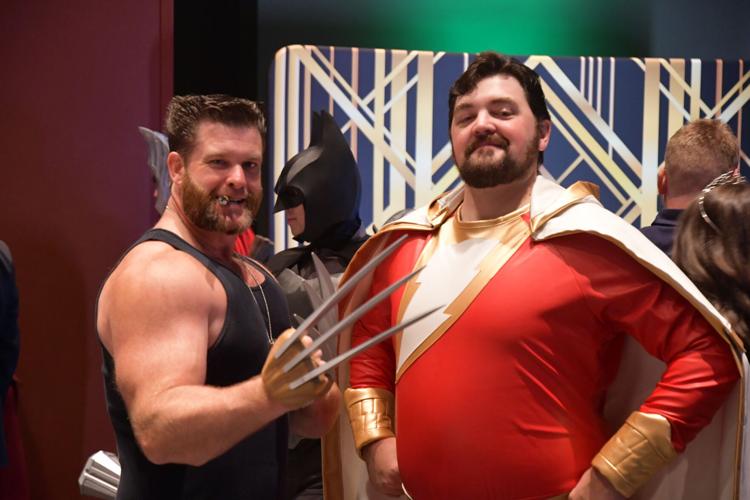 Wolverine and Shazam pose for a picture at the CASA Superhero Gala. 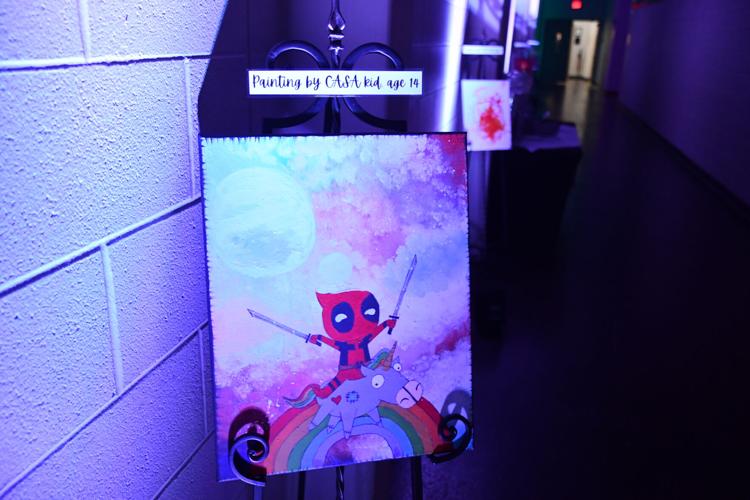 A painting of Deadpool is one of several pieces of artwork from CASA kids standing on display throughout the gala. 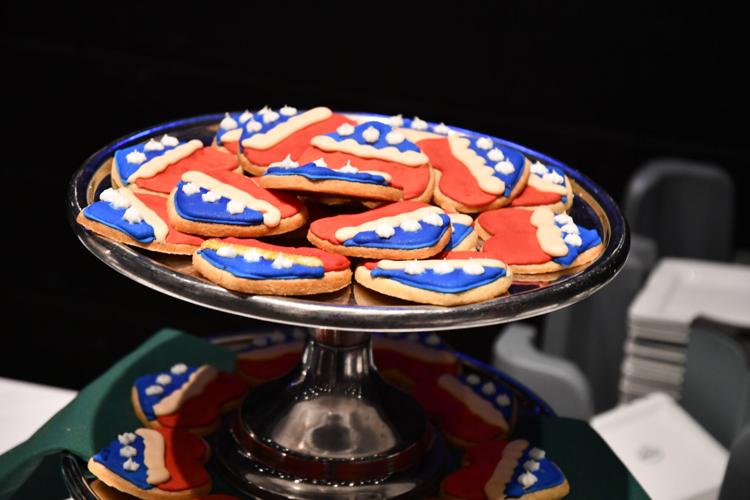 The Superhero Gala hosts 200 members of the community on Saturday evening.

Wolverine and Shazam pose for a picture at the CASA Superhero Gala.

A painting of Deadpool is one of several pieces of artwork from CASA kids standing on display throughout the gala.

The CASA of Madison and Clark Counties held its yearly Superhero Gala on Saturday – a fundraiser for local children which included a plethora of guests.

Local leaders put on their best and mingled with the likes of Wolverine, Shazam, and the Scarlet Witch on Saturday night at Eastern Kentucky University’s Center for the Arts.

CASA is a non-profit organization which partners individual volunteers with abused kids in the court system. The volunteers at CASA become a source of stability for the children they are paired with — serving as courtroom advocates, mentors, and friends.

Artwork from CASA kids adorned the walls of the EKU Center for the Arts.

In keeping with the theme, the artwork depicted drawings and paintings of beloved comic book characters.

The pieces by children served by CASA was not the only artwork present at the event, either. A caricature artist greeted visitors at the front door and another artist painted a picture of the event itself as it went on through the night.

The superhero theme extended to everything from the drinks at the bar to the elaborate desserts cooked up by Eastern Kentucky University catering.

Attendees could order drinks inspired by comic book heroes — the “Wolverine” was a strong cocktail of Canadian whiskey and ginger ale inspired by his home country — and chase them with elaborate and colorful cookies and pastries cut from the same cloth.

Some of the other activities at the gala included a photo booth and a silent and live auction.

A Hulk shade of green was a popular color during the night.

CASA executive director Victoria Benge even painted her nails in tribute to the jade giant. After an exhaustive amount of planning for the event, Benge was ready to enjoy the evening.

“We do every aspect of it (event planning and organizing). The only aspect we don’t do is the lighting. The Center for the Arts does all of that, but everything else is us. I have everything donated. All of our providers donate their time to be here with us. It’s a lot of preparation to get it all ready,” she said.

Benge said CASA hoped to raise $50,000 at this year’s event. That money would allow the organization to serve 50 more at-risk kids across Madison and Clarke Counties.

At the moment, the local CASA branch serves 161 children through 83 volunteers.

“I went to my board in 2019 and said ‘Hey, I have this idea and I think we can make it a really fun event by making it superhero-themed and a good time for people to enjoy themselves.’ It really just brings awareness to what we are doing and trying to do,” Benge said in a previous interview with the Register. “It caught on like wildfire. It has been successful every year we’ve done it and it amazes me how supportive our community is of us and the events.”

Among CASA’s supporters in the community is Madison County Judge Executive Reagan Taylor, who was also present at the event.

“We’re so fortunate in Madison County to have this program and have such a dedicated team of employees and a director. Victoria (Benge) does an outstanding job. and then our volunteers – it’s really sort of a volunteer mission – our program is outstanding. I’m so proud of Victoria and what she’s done to make CASA what it is today,” Taylor said on Saturday at the gala. “Tonight here, you can look around the room and see how much support she’s brought to the program and how much the community has come together to support the kids.”

From 2018 to 2020, Kentucky was ranked as the worst state in the nation for child abuse. While that number has fallen since then, child fatalities have increased. The last report from the Kentucky Cabinet for Health and Family Services reported a 22% raise in fatalities and near fatalities in children across the fiscal years of 2020 (171 fatalities) to 2021 (208 fatalities).

In 2021 alone, over 600 kids needed an advocate. There were 645 cases substantiated cases of abused or neglected children across Madison and Clark Counties. Benge said the group will take as many volunteers as it can get. Volunteers have to be at least 21 years old and pass five background checks. They are also required to take 30 hours of training over the course of a month to learn CASA’s rules and the child welfare system.

“It’s about five to 10 hours a month that people commit as a volunteer. So you can commit even if you have a full-time job or kids,” Benge said in a previous interview with the Register.

The next CASA of Madison and Clark Counties training session will start on Sep. 13. 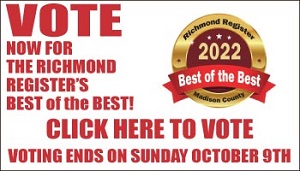