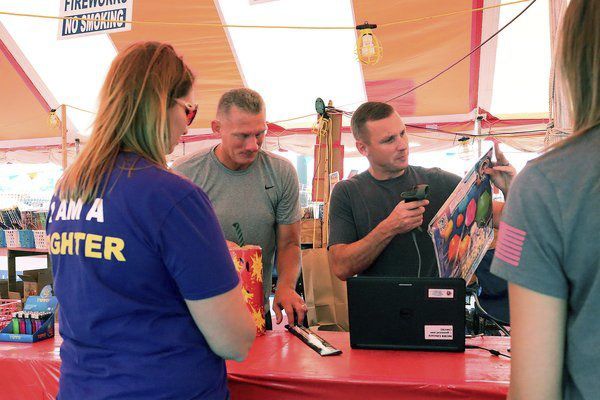 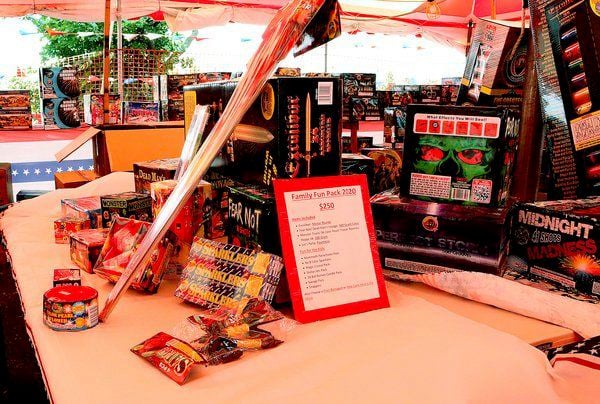 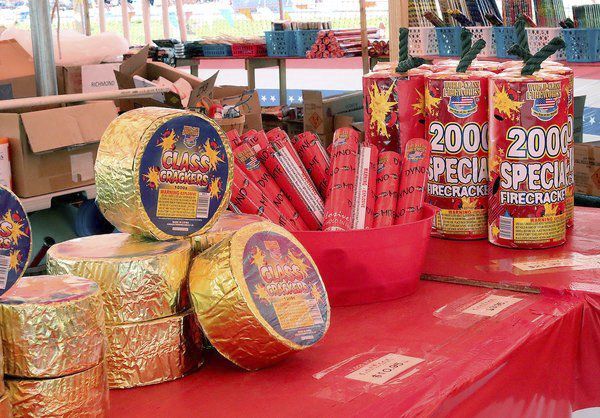 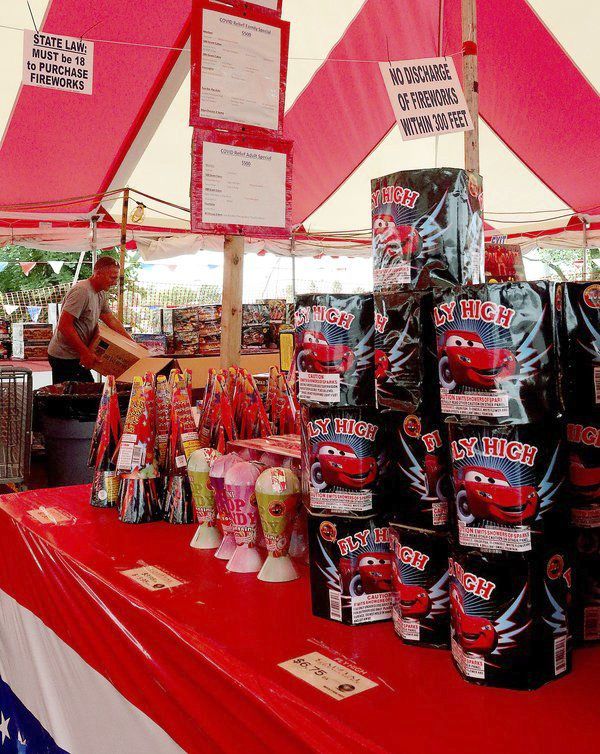 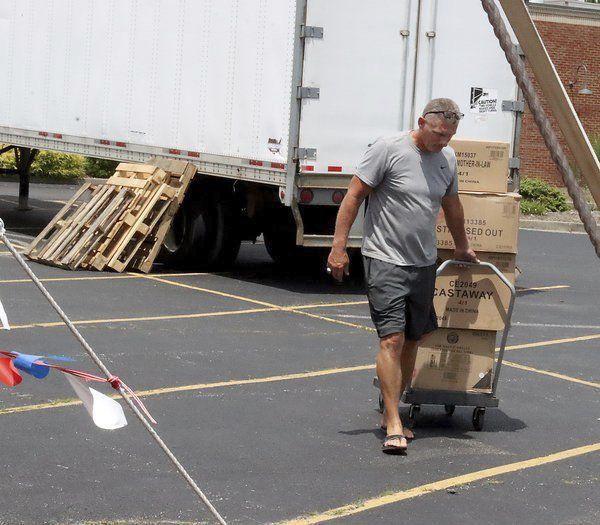 The email arrived in the inbox of Allen Feldhaus Jr. about the same time each year.

He usually deleted it.

After all, the long-time Madison Central boys basketball coach admittedly didn't know anything about fireworks.

"I never really thought much about it," Feldhaus said.

He gave it a second thought, though, after speaking with a coach from another 11th Region school. Paul Laurence Dunbar's Scott Chalk had received those same emails.

He was interested and agreed to help run a Capital Fireworks tent in Georgetown.

Chalk told Feldhaus the company was looking to fill an opening in Richmond.

"I thought we would give it a try. We were definitely novices," said Feldhaus, who led the Indians to the 2013 KHSAA state championship. "We had no idea what we were getting ourselves into. We didn't even know what any of this stuff did. We feel like we are experts now."

Six years later, Feldhaus is back in the fireworks tent again in the Carriage Gate Shopping Center along with a couple of best friends and his wife, Karen.

"We have a good time out here," Feldhaus said. "We cut up, get on each other and throw poppers at each other. We enjoy it."

When Feldhaus decided to take over the fireworks tent, he turned to those closest to him for help.

Brandon Fritz, Jeron Dunbar and Kenny Roberts were all assistant coaches on the Central basketball staff at that time.

Fritz, who is now the principal at Madison Central, was a bit skeptical at first.

"I didn't know what to expect, really," Fritz said. "I wasn't a firework guy. I liked to watch them, and that was about it. It's been a learning experience."

They learned pretty quickly there was much more to the job than they originally expected.

Setting up the massive tent takes several days. Rolling and unrolling the tarps on the side of the tent each night or when it rains is very time consuming.

Feldhaus and his crew have to assemble the shelving that is provided to them to display the fireworks and bring the product into the tent when needed from a trailer set up nearby.

They also learned that it's a 24-hour job.

Someone has to stay on-site at all times.

"You've got to protect your product," Feldhaus said.

That means sleeping in the tent.

"It's not too bad," Fritz said of staying overnight. "We've got a television, some cots and a fan. You usually sleep pretty well, unless the wind is blowing."

In six years though, Feldhaus said they've never had any real problem with potential thieves or any criminal behavior.

It's become a summer tradition in Richmond.

And it's also turned into a great annual fundraiser.

A total of 10% of sales of products is donated to the Madison Central boys basketball program.

"After that first year, we really couldn't afford not to do it," Feldhaus said with a laugh.

Feldhaus and Chalk aren't the only high school coaches who developed a partnership with Capital Fireworks.

The company actively seeks them out to help run their locations across the state.

"I guess they knew that coaches have a dead period during this time," Feldhaus said of Capital Fireworks.

Coaches in Scott County, Christian County and many other places have partnered with the company.

And just as Chalk helped Feldhaus get into the business, the Central coach has also encouraged others to do so as well.

"We help them out because we know a lot of people who are free at this time," Feldhaus said of other coaches.

The Central coach even recruited one of his biggest rivals from the past to get involved last year — Shane Buttry.

"I didn't make half as much money as they did," said Buttry, who was the head coach at Madison Southern for more than a decade. "It served its purpose though."

Buttry took over a Capital Fireworks location with a couple of friends in Warren County, where he is an assistant boys basketball coach at Bowling Green High School.

He decided not do it again this year.

"I made enough money to paint my house," Buttry said with a laugh. "But, it's a lot of work."

Feldhaus and his team continue to make their partnership with the fireworks distributor work.

Dunbar moved to Pulaski County several years ago after being named the head coach at Somerset High School.

After his departure, Karen Feldhaus stepped in to take his place.

The business has developed a loyal customer base, which Feldhaus attributes to reputation, name recognition, consistency and quality products.

And while there are many other places to buy fireworks locally, not all of them are run by local people.

"We know a lot of folks," Feldhaus said. "And they knew it helps the basketball team too."

Until just recently, Feldhaus didn't even know if they would be able to set up the tent this year. The state-wide health recommendations brought on by COVID-19 put the annual fundraiser in jeopardy.

"We were concerned," Feldhaus said.

Those restrictions were eased just in time.

The tent opened on June 17 and will remain in place through July 4.

And business has been booming.

"I think people have been cooped up for the past three or four months," Feldhaus said.

If people want to blow off some steam by blowing something up, then there are plenty of options.

"We've got pretty much everything you can sell, legally," Feldhaus said. "We've got all the big boys."

The city of Richmond still plans on having its annual fireworks show at Lake Reba on July 4 this year, but will likely have to do so under social distancing guidelines.

Judging by the number of fireworks he has been selling in the past week, Feldhaus thinks people might be ready to start a new tradition.

"We are hoping people have their own shows at home," Feldhaus said.