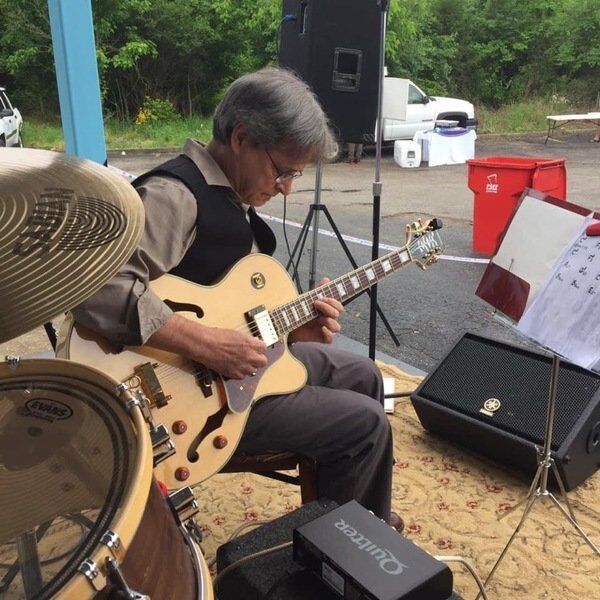 Jesse Pena performs in May 2019 at the inaugural Band Showcase and Block Party. 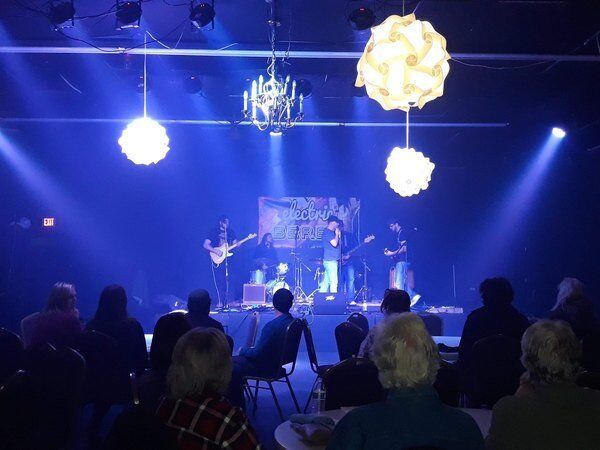 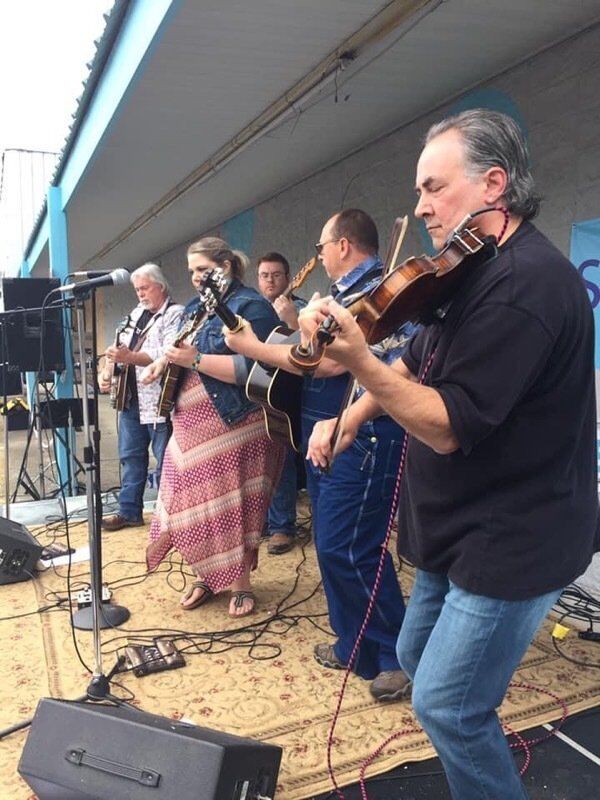 Blind Ricky performs on May 11, 2019, at Electric Berea's first event. 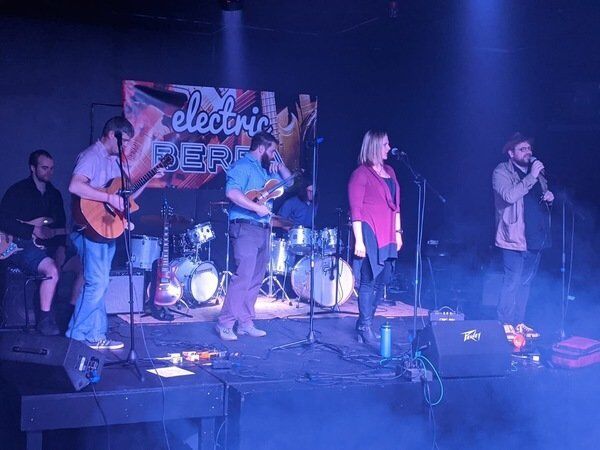 Anything But Sue performs on Nov. 22 at Electric Berea's Winter Warm-Up event.

Jesse Pena performs in May 2019 at the inaugural Band Showcase and Block Party.

Blind Ricky performs on May 11, 2019, at Electric Berea's first event.

Anything But Sue performs on Nov. 22 at Electric Berea's Winter Warm-Up event.

Electric Berea's second annual Band Showcase and Block Party later this month will be The Sparrow Hawks first gig for 2020.

"Our practices are just now starting to resume, and we're doing them outside and being smart about it and socially distancing and being careful with equipment," Jerry Sparks, one the band's members, said.

He explained his band has been impacted by the coronavirus just like everyone else.

Several of The Sparrow Hawks' events for the year were canceled because of the coronavirus, including a gig at the Kentucky Hall of Fame, along with smaller festivals and venues.

Jason Brakefield of Kinda Lingers said his band put everything on hold once the coronavirus struck Kentucky in mid-March.

"We had a bunch of stuff lined up that got canceled, of course," he said. "We went about four months without doing anything at all, as far as together. We weren't really trying to get gigs or anything like that."

Instead of practicing outside like The Sparrow Hawks, the bassist for Kinda Lingers, Jeff Downing, offered his basement for practices where they meet once every two weeks. It's big enough they can keep their distance from each other too.

His band has gotten creative in order to make music, as well.

"What we did is we did like a little cover song EP. We call it the Quarantune session," Brakefield said. "So basically, each member recorded their own part at their own house and everybody sent their part to me, and I mixed it. We ended up releasing a cool little cover song thing."

He said that kept the band members busy while they couldn't together, and now, his band, along with The Sparrow Hawks, is looking forward to get out and perform again.

And on Aug. 22, from 2 to 8 p.m., they'll be able to do just that at the Berea Electric showcase, organized in part by Jeff Richey.

"The set of standing reasons for an event like this is that Madison County doesn't have very many permanent full-time live music venues. Some towns in Madison County like Berea don't have any at all," he said. "And so Electric Berea exists in general, not just for this specific event … to promote live, local music, especially amplified music, music of diverse genres."

He said that goes into the other reason to host an event like this, because often when people go to the venues that exist in Madison County, it's normally not diverse music.

"Not always, but often, it turns out to be a relatively small number of performers often playing one or two acoustic instruments -- a guitar and fiddle, a guitar and banjo, that kind of thing," Richey said. "And while that's wonderful music to listen to, it certainly not the full spectrum of music that's made in Madison County or that people want to hear that live here in Madison County."

Because Electric Berea is all about local music, all the bands scheduled to play are from around Madison County.

The Band Showcase and Block Party was originally slated for May, but was pushed back because of coronavirus concerns.

However, Richey said coronavirus is another reason to hold this outdoor event.

"Obviously since COVID-19 hit the country in January and really began to make its effects felt locally around March of this year, opportunities to both perform and to go to listen to live music have virtually disappeared," he said. "Almost every festival that was planned for the spring, summer, or early fall has been canceled. Just recently again, bars have had to close, and that was after a prolonged period of closure earlier this spring, and since that's the major venue for most live music around here, bars and cafes and restaurants, those closures or those reductions in audience capacity or customer capacity have really, really negatively impacted people's opportunities to make music for an audience or to go be a part of that audience."

He added the coronavirus is still something to be concerned about, and all attendees are asked to wear masks and keep their distance from other attendees.

"We're also going to create some partitions to separate out the stage, food vendor and audience areas," he said. "… But ultimately, of course, we'll just have to rely on folks to be compliant, and we hope that they will."

Richey, Sparks and Brakefield said they all believe it'll be a safe and fun event.

"I know Dr. Richey pretty well, we've been in the same music circles for a number of years, and I trust that he understands to do it correctly," Sparks explained.

Even in the preparation, precautions are being taken to avoid the spread of the coronavirus, such as each band bringing their own vocal mics, he said.

"All the steps are being done to make sure that we've minimized the risk," he said. "I think that they're doing things in a way that the risk is low enough that we think the benefits outweigh potential cost."

He and Brakefield are definitely excited to be playing for an audience again.

"And so music has always been a big part and will continue to be a big part whether we play live gigs or not, but being able to share music with others is a wonderful thing, lots of different reasons why you do that, so it's exciting. It's exciting to be able to plug in and play some music. We're really looking forward to it."

"As musicians, we're always chasing that high," he said.

However, Sparks and Brakefield aren't sure how many people will come out, or how many will stay at home because of the virus.

"There's always a concern with something like this," Brakefield said. "It's always in the back of your mind, you know. My hope is with there being a lot of music fans there and people that want things to be back to normal, people want to be able to experience live music, they'll follow the guidelines and wear the masks and social distance in hopes that maybe we can have more events like this in the future."

Sparks said it's not about how many people show up, though.

Blind Ricky -- "not your granddaddy's bluegrass band," based in Berea

All Gussied Up -- gal-fronted, good time-havin' music from southeastern Kentucky

Additionally, Jeff Richey said Barnyard Grub plans to be a food vendor at the event, and he'd like to have at least one other one. If interested, message Electric Berea's Facebook page.