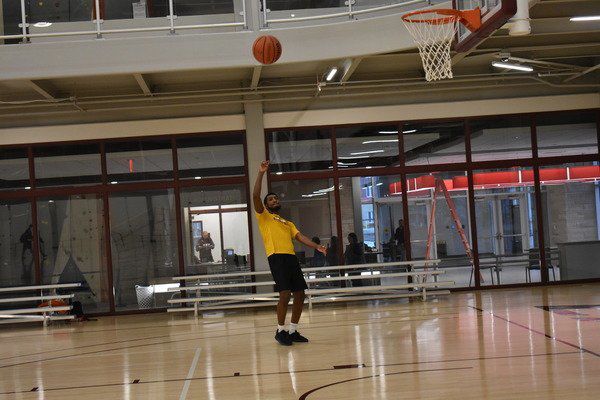 Derrick Mason, a wildlife management junior at EKU, plays basketball at one of the courts in the Rec Center Friday. 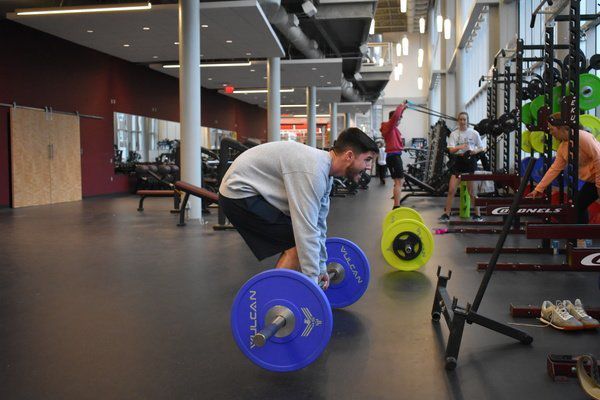 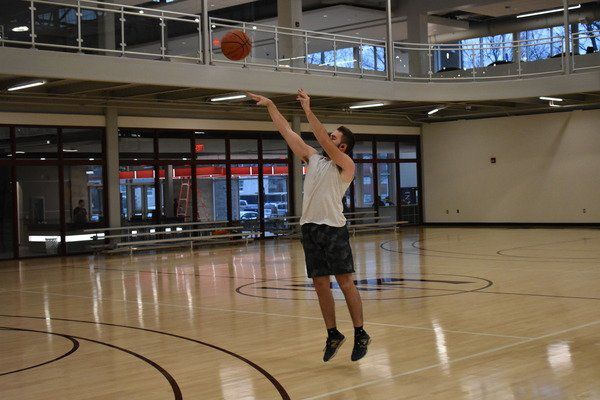 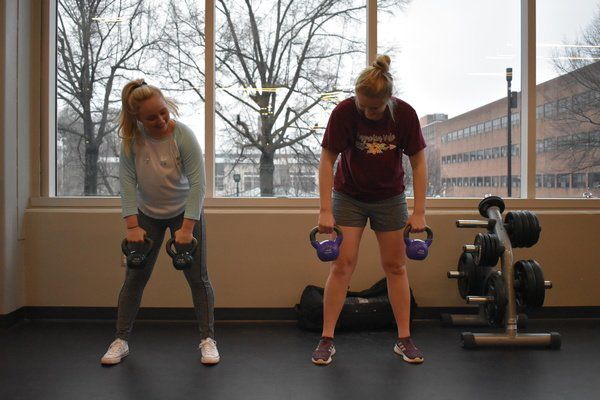 Derrick Mason, a wildlife management junior at EKU, plays basketball at one of the courts in the Rec Center Friday.

Director of campus recreation Justin Raymer said that the Rec Center was a vision created by current students for future students. He explained the project had been ongoing for some time. Several years ago, the Student Government Association (SGA) decided it was something that they wanted, and they voted and approved for student fees to pay for it.

Raymer has been the director for a year and has been involved in the purchasing, some design, how the spaces are intended to be used and more. He went on to explain that there were focus groups done by SGA, as well as the campus recreation group, to see what students most wanted to see as a part of the Rec Center.

The Rec Center offers intramural and club sports, which combined is called competitive sports. Raymer explained the difference between the two is that sport clubs are active in competition with other universities and practice similar to varsity athletics while intramural sports are students against students in scheduled athletic events. Raymer said there are many team sports such as ice hockey, men's and women's rugby, volleyball and more. They also have group exercise programs that hold several classes several times a week, such as aerobic classes and cycling classes. Raymer said they also have personal trainers.

The Rec Center features the Student Health Advocates and Peer Educators (SHAPE) team which advocate for wellness as well as best practices for living well and promoting well being for social health, mental health and more.

The Rec Center has an adventure program. They do team building for first-year and transfer students and anyone who requests that program. They operate the challenge course, which is outdoors and seasonal. The adventure program is also in charge of the climbing wall, which Raymer said is the largest climbing wall at a university in the state. It is 40-feet high with 18 top rope climbing lanes, as well as two repel towers and a 12-foot high bouldering area.

Raymer said that hopefully within the next couple of months, the Rec Center's aquatics facility will be open. He said the facility will have a spa (or hot tub), a recreational pool area with a zero entry and vortex pool, as well as a four-lane lap pool.

Raymer compared some of the machines the new Rec Center has with those that the old rec center had. He said that with Olympic lifting platforms, they went from having three racks to having 12 options. The square footage of space for strength and cardio is nearly three times the size, Raymer said. He added they also have 130 pieces of cardio, compared with 60 at the previous location. The new Rec Center has four basketball courts, one of which is a multi activity court specialized for indoor soccer. He said that EKU's campus had not had the space to play indoor soccer for a couple of years, so now that it is open, it has been very busy.

Raymer explained that in the last facility, there were no racquetball rooms, and now there are three. The previous rec center had one group exercise room, and the new rec center now has three.

Students who are a Richmond campus enrolled student taking five or more credit hours on campus have a $35 fee included as part of their student fees. If students fall under those five hours, they can opt in for the membership, which would then be $70. For alumni of EKU, Raymer explained that President Emeritus Michael Benson announced at commencement this past December that students who graduated December 2019 and the students who will graduate in May 2020 will have a two-year free membership to the Rec Center. Otherwise, Alumni can pay the $70 fee and join the Rec Center.