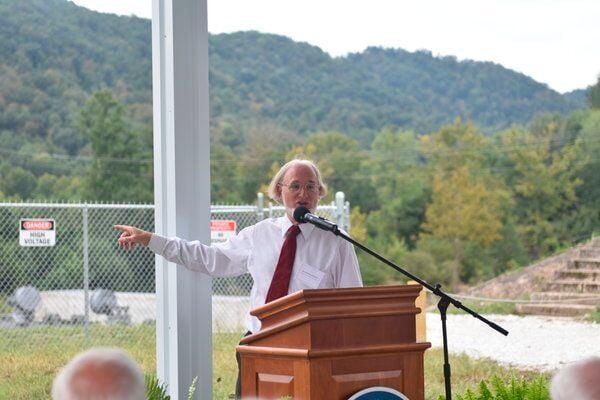 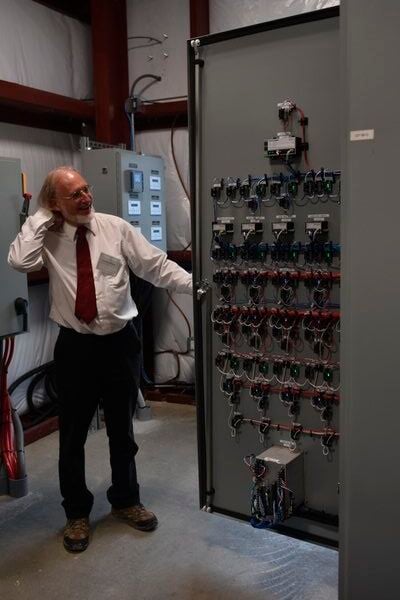 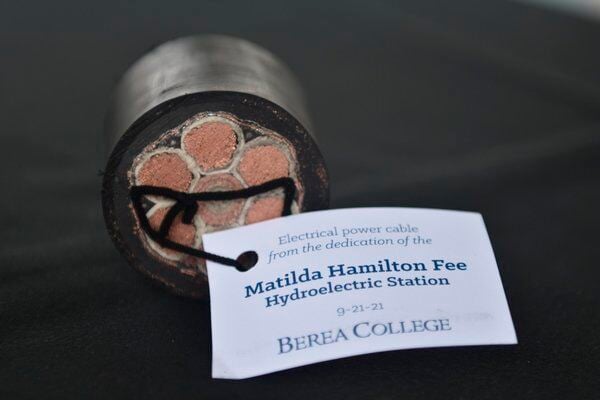 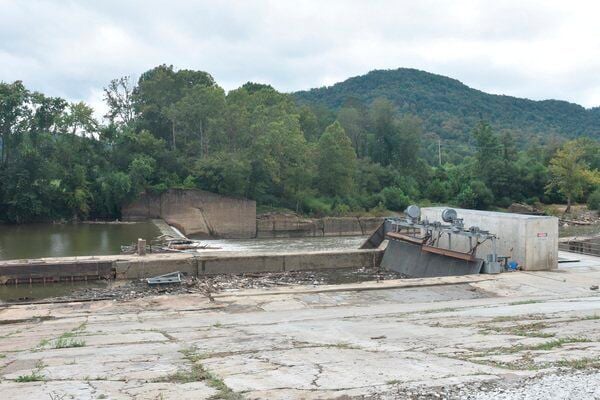 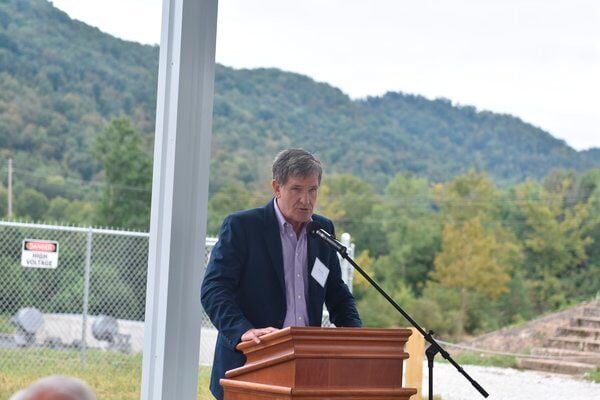 RAVENNA — Tuesday afternoon, a group gathered at Lock and Dam 12 on the Kentucky River to officially cut the ribbon on Berea College’s hydroelectric generating plant.

The $10.2 million project has been named the Matilda Hamilton Fee Hydroelectric Station, after the first “First Lady” and co-founder of Berea College.

The plant at Lock and Dam 12 is, according to President of Appalachian Hydro Associates David Brown Kinloch, is a “project of firsts.”

The project, Kinloch added, is also the first project in Kentucky to use submersible turbine generators. It is also the first plant in the United States to use Polyset, a coating used by NASA which chemically bonds to metals on all metal surfaces.

“The Matilda Hamilton Fee plant stands as an important model… of how to use the right innovative technologies combined with great construction partners to develop a viable and cost-effective hydroelectric project,” Kinloch said.

Another first is the fact Berea College is the first higher education institution in the United States to complete the construction of a hydroelectric generating plant.

Berea College partnered with Appalachian Hydro Associates (AHA) to build the project, one which was 10 years in the making.

“Today’s dedication marks the culmination of a project that seems like a hundred years in the making but was actually just 10,” Glenn Jennings, trustee of Berea College, said.

According to a press release, the project is a culmination of robust collaboration, including AHA, Jackson Energy Cooperative, Wright Concrete and Construction of Pikeville, Kleinschmidy Group, Flgyt, and Berea College.

The press release states the hydroelectric project helps Berea College to uphold two of its eight Great Commitments. The seventh commitment, to sustainable living, “inspires the college to demonstrate sustainable systems to the community, students and other investors.”

The eighth commitment is to Appalachian communities and families demonstrated through “the local and regional labor force employed in constructing this project.”

The release states, the power generated by the project will primarily be sold to Jackson Energy Cooperative at a discounted rate and will power 1,200 homes in the West Irvine Area. The Estill County public schools will also benefit from property taxes generated by the project. The project also produces, on average, about half of the electricity the college uses on an annual basis, which will reduce their carbon footprint.

“This project is a natural extension of who we are,” Laurie Roelofs, President Lyle Roelofs’ wife, said. “As the plant neared completion, the topic of what to name it came up. Well, we’ve learned that in keeping with tradition, it is customary to name these sites after accomplished women. The very first name that came to mind was that of Matilda Hamilton Fee. The college’s first ‘first lady.’”

President Lyle Roelof explained the station demonstrates there is a future for the region, which can include “green energy.”

According to a news release, the area around Lock and Dam 12 has also been improved to include a pavilion with picnic tables for the benefit of local residents and a portage way for kayakers on the river.

“Parks, I’ve been reading about parks, and what they do for people, mentally people go out and go to a place to clear their mind and get their thoughts together, and just meditate,” Watson said.

“This plant produces more than electrical power; it demonstrates the power of ideas and innovation,” Watson said. “It also demonstrates what’s possible when people come together. And it demonstrates the great potential that exists in Estill County and Eastern Kentucky. And I might also add, this is a win-win for everybody.”

The release states, the revenue generated by the project will be funneled into Berea College’s general fund to support the mission of educating students of limited financial needs.

“We’re glad that the money, the investment, is being used to teach students that otherwise couldn’t go to college,” Robert Fairchild, vice president of AHA, said in a release. “We believe in the mission of Berea College as well.”