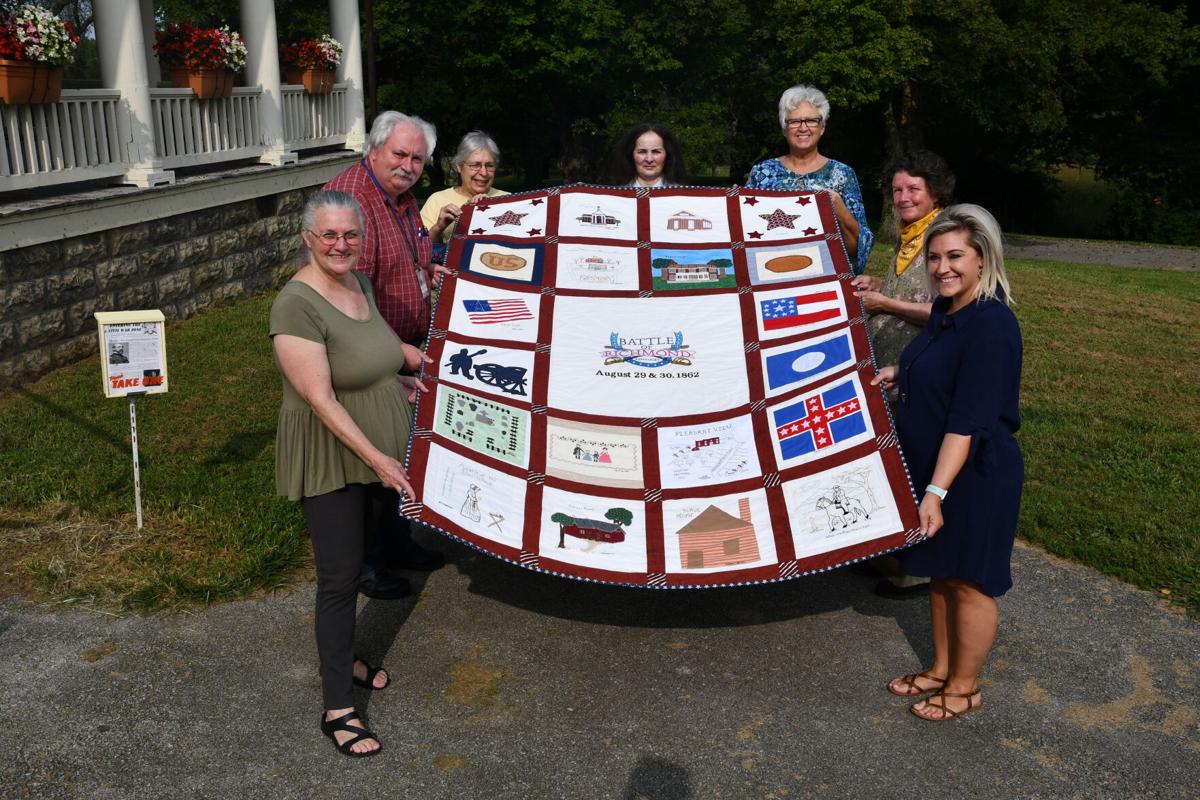 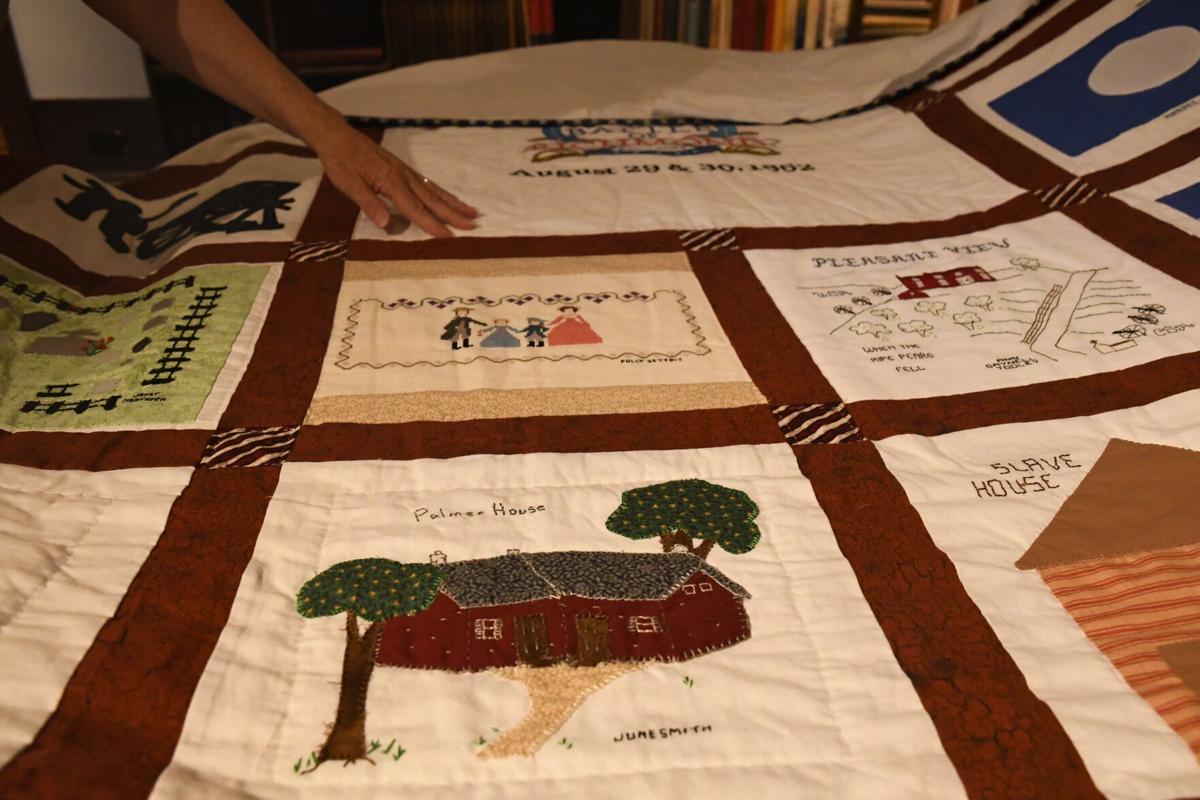 What started out as a sketch on a napkin one night at dinner has now been crafted to display Madison County’s Civil War history at the Pleasant View Home at Battlefield Park.

About a year ago during a Christmas dinner at Cooper’s, Phillip Seyfrit and several others including his wife Polly, June Smith, and Janet Northern, began to discuss the idea of a quilt which showcased the historic Battle of Richmond.

On Thursday, the group gathered to present it to all those that contributed in the place it will remain — Pleasant View Home.

According to June Smith, the group worked on the block for the quilt the previous year, and then each woman who helped contribute to the quilt was given an empty white block with what they were to design.

“I would give a white block with something like ‘Union flag’ written on it, and they it was open for interpretation on how they wanted it to look,” she explained Thursday afternoon.

Now, 21 blocks make up the tangible history that was the Battle of Richmond, including Union and Confederate flags and belt buckles, as well as historic buildings that remain in the area today.

Some include, Pleasant View Home, the Battlefield Cemetery, Mount Pleasant, and the county courthouse.

“It was a collaboration,” Smith said. “Each one had their own specialty for it, from the very simplest to what you might consider the most complicated.”

“It is unreal, because it feels like it took so long,” said Tara O’Donnell, who helped complete a square that depicted the Rogers’ House.

It would seem fitting a quilt be made to remember history, as quilts were abundantly used and made before, during and after the war.

Before the Civil War, quilting with others was not only meant to create an item of comfort and warmth for families, but it was used as a social event to bring others together.

During the Civil War, quilts were made for soldiers, as well as used for signs of the abolitionist cause.

But after the Industrial Revolution, when mass manufacturing was created, quilting for social stimulation was no longer.

Flash forward to 2020, a group of women came together — at a distance — to make a work of art.

The quilt will hang in the entrance of the home, which is open daily at Battlefield Park.