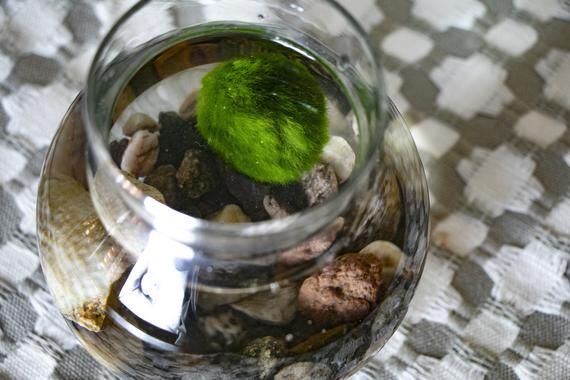 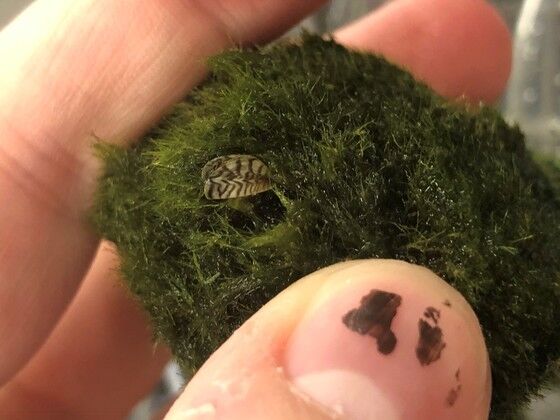 Wildlife officials are warning consumers a popular aquarium plant may harbor and invasive species that could threaten Kentucky waterways.

Wildlife officials are warning consumers a popular aquarium plant may harbor and invasive species that could threaten Kentucky waterways.

A cute aquarium plant could be hiding harmful creatures and should be disposed of, wildlife officials warn.

The Kentucky Department of Fish and Wildlife Resources is warning the popular moss ball sold for aquarium use could harbor live, invasive zebra mussels, which look like small, striped clams.

State and federal fish and wildlife agencies are asking retailers to remove moss balls from their shelves. Aquarium owners should properly dispose of this algae product and decontaminate the tank to prevent the potential spread of zebra mussels.

According to a release from Kentucky Fish and Wildlife, Zebra mussels are prolific breeders and can smother native mussels with their sheer numbers, or outcompete native species for food.

Zebra mussels also cause problems for boaters by attaching to hulls and motors, and for water treatment plants by clogging water intakes and pipes.

As of March 9, Kentucky Fish and Wildlife had not confirmed that moss balls sold in the state contained zebra mussels.

However, several other states have reported zebra mussels hitchhiking in moss balls sold in stores.

Several national retailers have already pulled the product from their shelves and the U.S. Fish and Wildlife Service is working with local officials to stop the distribution of the moss balls.

The risk posed by zebra mussels is substantial, and Kentucky Fish and Wildlife asks anyone who purchased these products to promptly and safely dispose of the moss balls and any water used in aquariums that housed the moss balls.

“When dealing with any invasive species, the most effective tool against their spread and proliferation is prevention,” said Andrew Stump, aquatic nuisance species biologist with Kentucky Fish and Wildlife. “Individual zebra mussels are small and unassuming on their own but pose a huge threat to Kentucky waters and water resources. Preventing new introductions, further spread and additional impacts to Kentucky waterways is extremely important.”

Zebra mussels already are present in several of Kentucky’s major waterways that are connected to the Ohio River and some inland systems such as Kentucky and Barkley lakes and Dewey Lake.

Zebra mussels have a D-shaped shell and alternating light and dark stripes. The invasive mollusks attach to hard surfaces, including rocks, stumps, boats, weeds, other mussels, boat motors, piers and the inside of water intake pipes. Once attached, they can form layers of living mussels that clog intake pipes and render cooling systems on boats inoperable.

Zebra mussels have microscopic larva, invisible to the naked eye, and can float in the water undetected for three weeks to three months depending on water temperatures.

They are filter feeders and pump water over their gills, filtering out small animals and plankton for food. A single adult zebra mussel can filter more than a quart of water per day, removing natural food sources that native species depend upon for survival. The zebra mussel’s ability to outcompete native mussels for food and space is particularly concerning in Kentucky because of the state’s diverse native mussel community, many of which are threatened or endangered.

“Kentucky has over 100 species of native mussels, and 27 are listed as threatened or endangered,” said Monte McGregor, director of Kentucky Fish and Wildlife’s Center for Mollusk Conservation. “Many of our rivers have thriving native mussel populations, and some of these are the last strongholds left in the world. Invasive species like the zebra mussel can smother native mussels and contribute to the imperilment of many aquatic species. We want to keep out all invasive species and protect our rivers, lakes and streams so they remain free of these unwanted species.”

Use one of the following methods to dispose of aquarium moss balls:

To disinfect an aquarium that housed a moss ball:

By state regulation, zebra mussels cannot be imported, purchased, sold or possessed in aquariums in Kentucky.

Anyone who finds zebra mussels in their aquarium should immediately notify Kentucky Fish and Wildlife by emailing Info.Center@ky.gov.

“Zebra mussels are aquatic invasive species that can have a tremendous negative consequence for native fish and mussel populations,” said Dave Dreves, Fisheries Division director for Kentucky Fish and Wildlife. “We hope people that may have purchased this product pay particular attention to following the safe disposal instructions.”