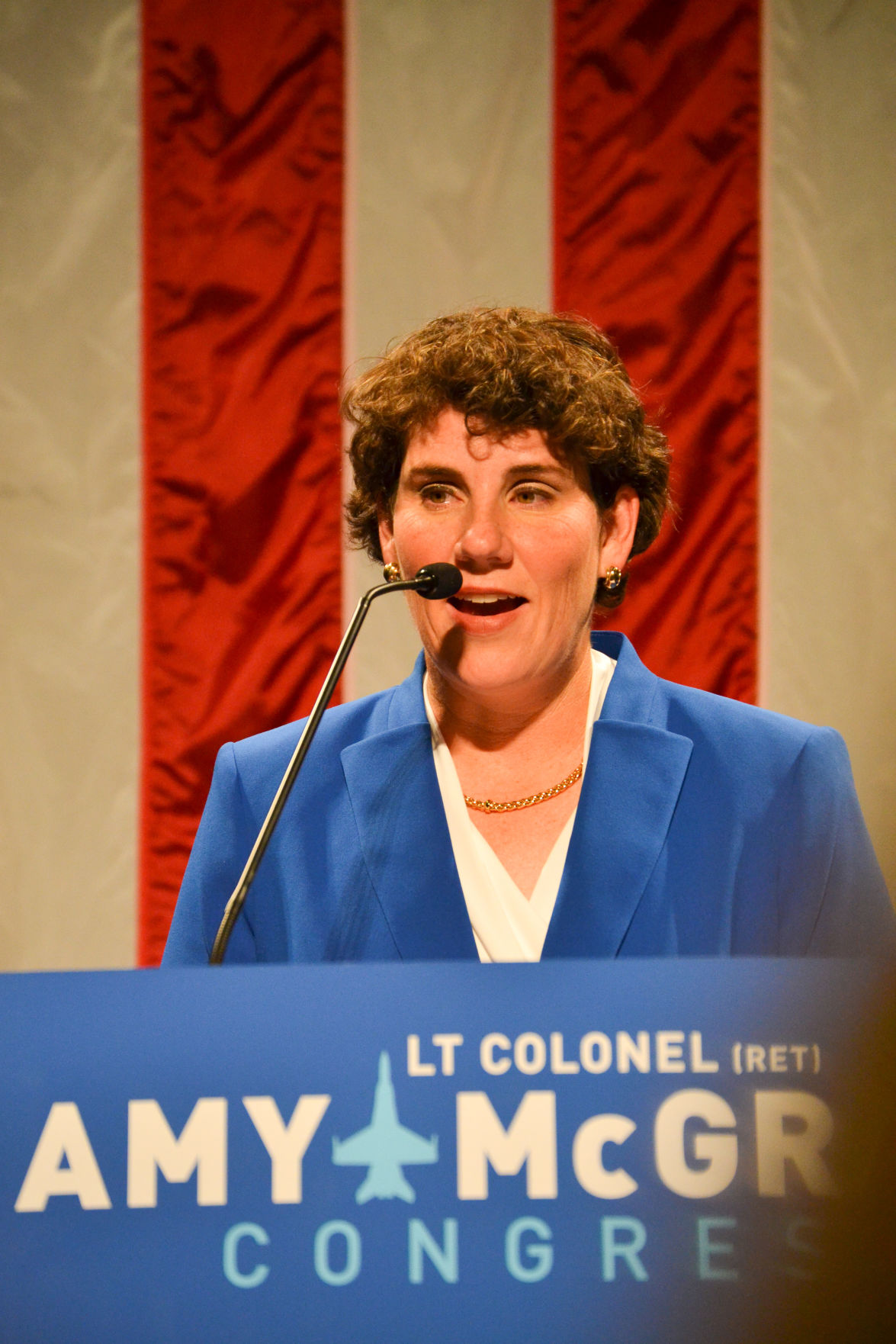 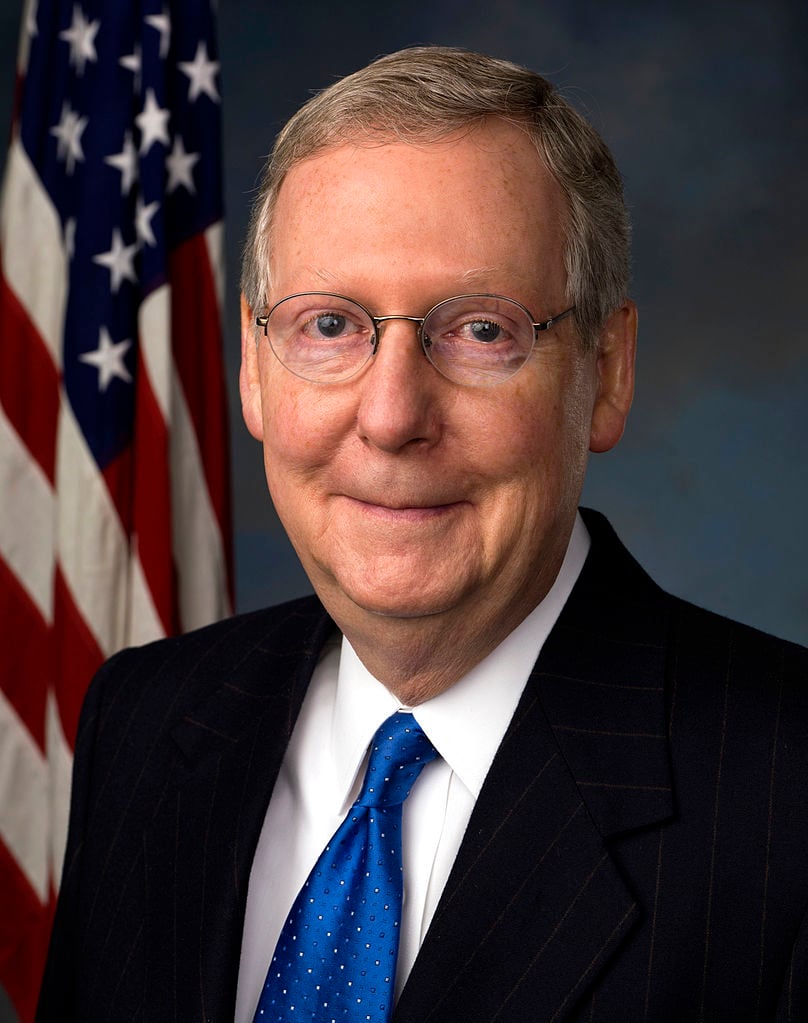 LOUISVILLE (AP) — On the eve of the anniversary of the deadliest terror attack on American soil, Republican Senate Majority Leader Mitch McConnell and Democratic challenger Amy McGrath battled over an ad reviving her reference to the tragedy.

The exchange was sparked by the latest ad from McConnell's campaign in the Kentucky Senate race, criticizing McGrath for comments nearly three years ago comparing the feeling of seeing President Donald Trump elected in 2016 to how she felt on Sept. 11, 2001.

McGrath responded forcefully Thursday, saying she won't “get lectured on patriotism" by her Republican opponent. She noted she was on alert as a Marine pilot “in a cockpit of an F-18" ready to help defend the West Coast in response to the terror attacks and that she went on to serve multiple combat stints.

It's the latest in a series of attacks from both campaigns in an increasingly bitter and expensive race in Kentucky.

The McConnell ad features retired Marine Col. Jim Clark, who was in the Pentagon when it came under attack. For McGrath to equate Trump's election with the terror attacks “is — and always will be — unacceptable,” said Clark, who is from Flemingsburg, Kentucky. He said it “truly made me question her judgment."

Nearly 3,000 people were killed that day when hijacked planes slammed into the World Trade Center towers in New York, the Pentagon and a Pennsylvania field.

“I remember exactly where I was on September 11th," Clark says in the ad. “I was in the Pentagon. I didn’t hear about the attack, I felt it.”

McGrath fired back at McConnell — and not her fellow Marine shown in the ad.

“I’m not going to get lectured on patriotism from a guy who’s been in Washington longer than the World War II Memorial, served his country, I think, less than one month," McGrath told reporters during a campaign event in Louisville. “Mitch McConnell has no low.”

McGrath flew 89 combat missions in Iraq and Afghanistan, targeting al-Qaida and the Taliban during her deployments. She retired from the Marines as a lieutenant colonel.

On the day of the terror attacks, McGrath said she was in the cockpit of a military aircraft armed with missiles to help defend the West Coast.

“For me, after having deployed three times in combat after 9-11 and losing friends in combat, this is a really important day tomorrow,” she said of the anniversary.

The McConnell ad refers to comments McGrath made in late 2017 as she described her shock after Trump was elected president a year earlier. “The only feeling I can describe that’s any close to it was the feeling I had after 9/11,” she said at the time. “‘What just happened? Where are we going from here?’ It was that just sinking feeling of sadness, and I didn’t know what to do.”

At the time she made the remarks, McGrath was running for a congressional seat in Kentucky. She went on to narrowly lose that 2018 race to the Republican incumbent, Rep. Andy Barr.

Trump remains popular in much of Kentucky. McConnell has been his most powerful congressional ally, working together on tax policy and the confirmation of conservative federal judges.

Democrats have brought up McConnell's brief military service in past campaigns.

McConnell enlisted in the U.S. Army Reserve in 1967 during the Vietnam War. Soon after taking the bar exam, he trained at Fort Knox from July 9 to Aug. 15 that year before receiving a medical discharge due to an eye condition, his campaign said.

McConnell, the top-ranking Senate Republican, is seeking a seventh term. He commended McGrath for her military service in a recent TV interview but noted her comments that prompted the latest ad, saying “that's worth commenting on." It's the second McConnell ad to highlight the Democratic challenger's remarks.

McGrath is airing her own ad featuring veterans defending her.