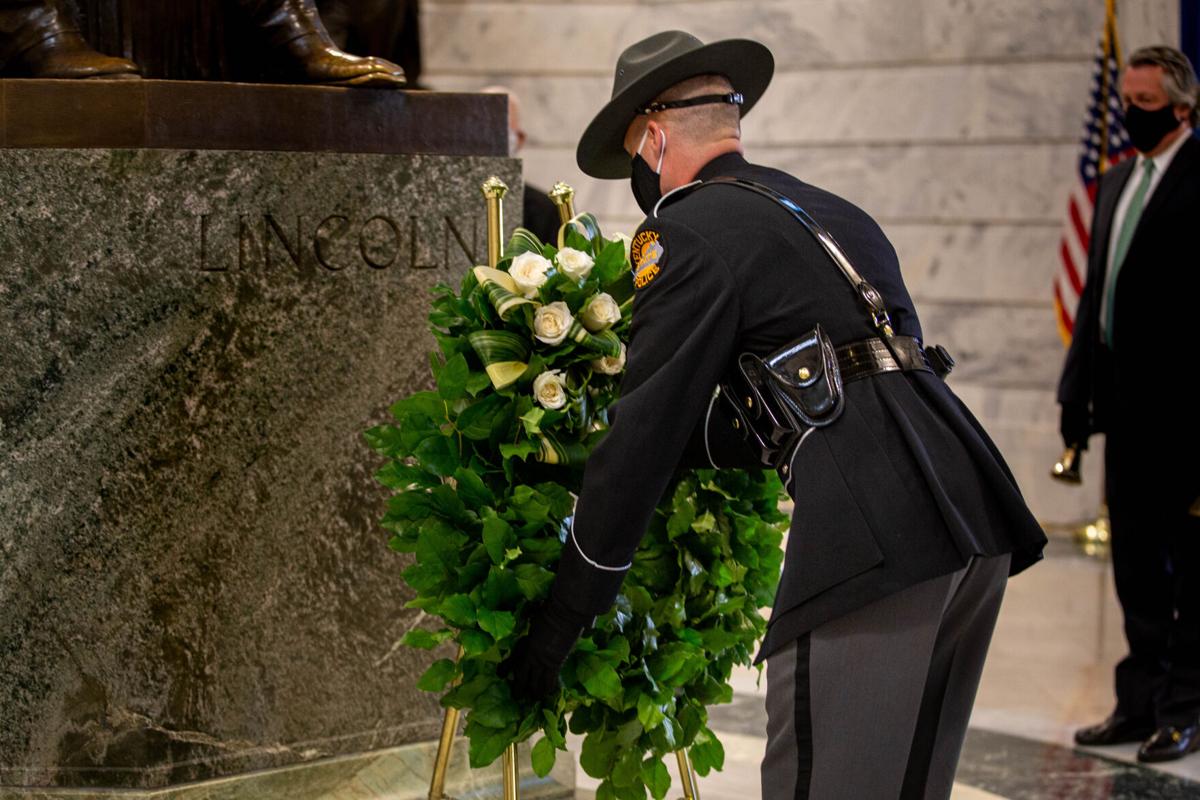 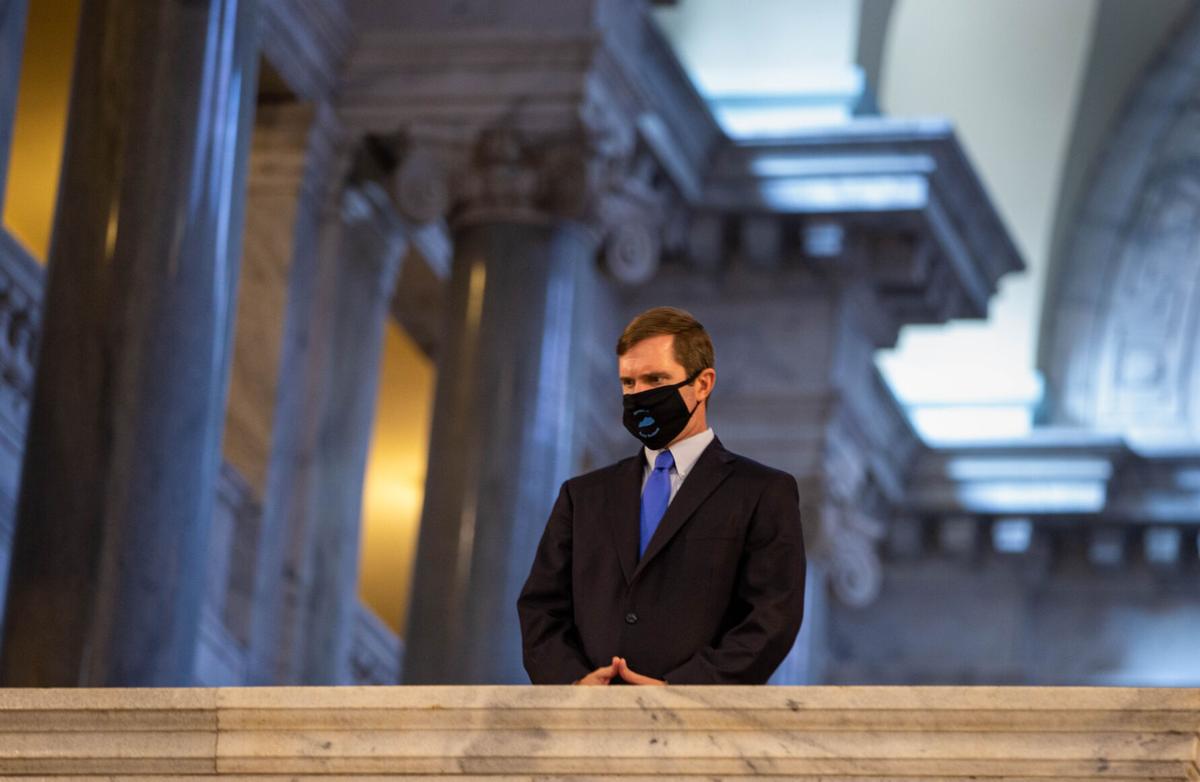 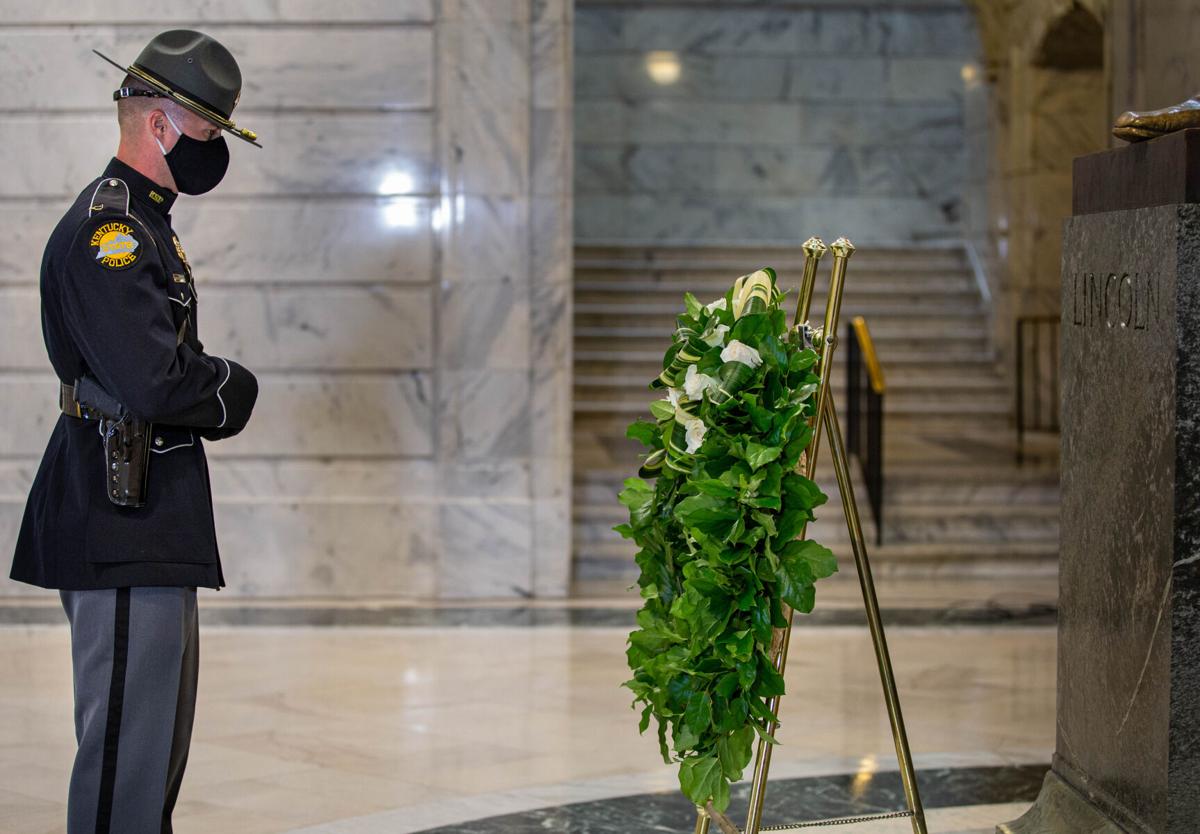 FRANKFORT (AP) — Gov. Andy Beshear urged Kentuckians to fulfill their “patriotic duty to protect one another" as he reported the highest one-day number of coronavirus-related deaths Thursday — one day after the state's death toll topped 1,000 from the pandemic.

In a 15-minute speech from the statehouse, the Democratic governor warned that lives, the state's economy and the education of Kentucky children depend on individual actions to contain the virus.

While the virus keeps people apart, he said, Kentuckians “cannot let it drive us apart."

The response to the virus has increasingly become a polarizing issue nationally. In Kentucky, Beshear’s virus-related orders — including his mask mandate — are being challenged in court.

The governor called for unity in combating the health crisis. He said he would offer new information in coming weeks “to help communities and families" as students return to classrooms. Beshear has urged school districts to hold off resuming in-person classes until late September to help efforts to get the virus under control.

But the state is coming off two consecutive weeks in which it had record numbers of virus cases. And Kentucky will lose more people to COVID-19 than in the Korean or Vietnam wars, he said.

“Both of those conflicts raged on for years and required deep sacrifice," the governor said. “We’re still only six months into fighting this battle, but it is clear this is the fight of our lifetimes. Now, as Americans, as Kentuckians, it is our time to fulfill our patriotic duty to protect one another."

He repeated his pleas that people wear masks in public, socially distance, limit gatherings to 10 or fewer, wash hands frequently and limit travel.

“We are asking so little," he said. “Just small, but powerful actions that may save somebody’s life."

Beshear reported 805 new coronavirus cases and 22 deaths Thursday, raising the statewide death count to 1,035 since the pandemic began. The newest deaths included people ages 100, 101 and 102, as well as a 53-year-old and a 55-year-old, according to the governor's office. The total number of virus cases statewide surpassed 54,770.

The governor typically gives his virus updates in freewheeling media briefings in which he takes rounds of questions from reporters. He chose to give formal remarks Thursday to deliver an update on the status of the pandemic fight and to mark the grim milestone the Bluegrass State passed the day before with more than 1,000 virus-related deaths.

Earlier Thursday, the governor watched as the Kentucky State Police Honor Guard placed a wreath in the Capitol Rotunda in honor of those who have died.

In his speech, he bluntly warned that the death toll is likely to increase by at least hundreds more.

“In this fight, we have been unwavering and so is the science: The coronavirus threat is real," Beshear said. “To protect one another and our economy – we have acted and must continue to act with unity and purpose. And we must understand battling a brand new virus requires flexibility."

The governor defended his many COVID-related restrictions and the state's efforts to ease the economic hardships caused by the pandemic. He also tried to remove politics from the equation.

“From the beginning, here in Kentucky, we have blazed our own path," he said. “Not a path of red states or blue states, but a path of our state."

In paying tribute to those who have died, Beshear said “we will always remember them, but our duty is to recommit to them and to each other to defeat this virus." He then cited a Bible verse from Galatians: “Carry each other’s burdens, and in this way you will fulfill the law of Christ.”

For most people, the coronavirus causes mild or moderate symptoms that clear up within weeks. But for others, especially older adults and people with existing health problems, the virus can cause severe symptoms and be fatal. The vast majority of people recover.

As of Thursday, there have been at least 943,460 coronavirus tests performed in Kentucky. The positivity rate currently stands at 4.14%. At least 10,791 Kentuckians have recovered from the virus.