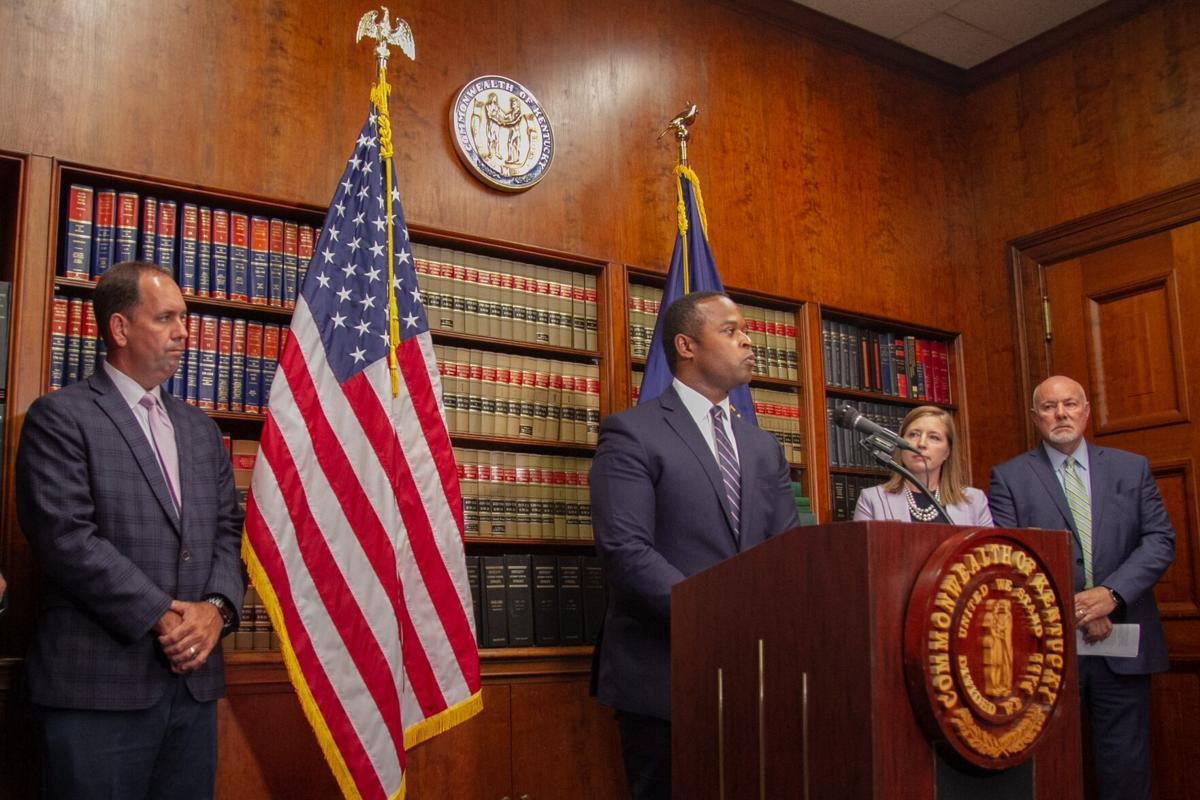 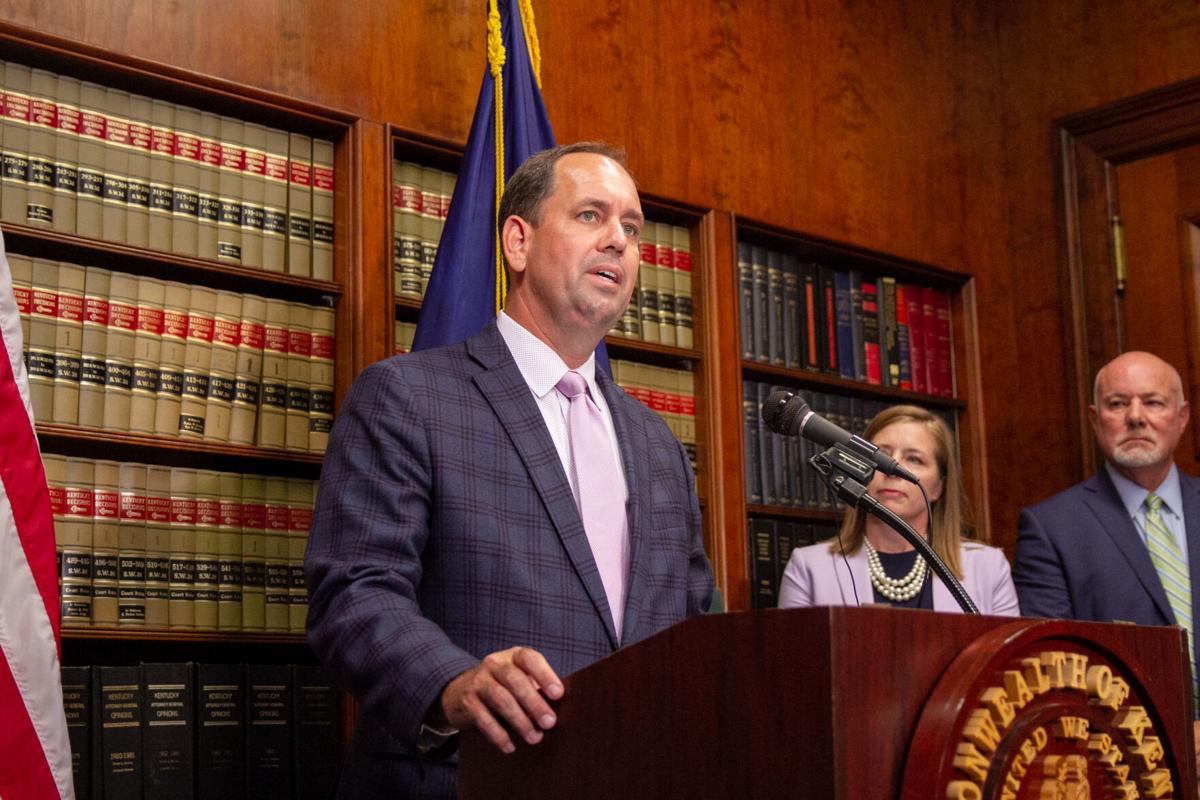 Madison County Judge Executive and KACo President Reagan Taylor speaks Wednesday about a settlement from a class action lawsuit which Madison County helped lead the way to do.

Madison County Judge Executive and KACo President Reagan Taylor speaks Wednesday about a settlement from a class action lawsuit which Madison County helped lead the way to do.

On Wednesday, a major milestone was reached in the opioid crisis that has ravaged Madison County, small towns, and the commonwealth.

Attorney General Daniel Cameron announced a $26 billion settlement from lawsuits against the nation's top three distributors of opioid drugs, claiming the distributors have created a public nuisance and are guilty of negligence in failing to properly handle suspicious orders of controlled substances.

AmerisourceBergen Drug Corporation, Cardinal Health, Inc., and McKesson Corporation are named as defendants in the suit.

The three companies control about 85% of the market nationally for prescription opioid distribution, according to court documents. Johnson and Johnson was also included in the lawsuit.

“This settlement is a result of investigations by our office and attorney generals across the country about how these distributors failed to fulfill their legal duty by shipping opioids to pharmacies that submitted suspicious drug orders and how Johnson and Johnson mislead both patients and doctors about opioid drugs,” Cameron said.

The state of Kentucky stands to receive $460 million which will go to provide state and local governments. The funds are required to go towards addiction and opioid abatement programs. Once the agreement is finalized, $21 billion will be paid over 18 years from the three pharmaceutical companies, and Johnson and Johnson will pay $5 billion over nine years.

Cameron said while this does not conclude the process, the announcement is a major step to return money to the commonwealth.

“There is hardly a family anywhere in the commonwealth that has been immune to the scourge of opioids,” Cameron said. “We have lost thousands of our fellow Kentuckians and seen families and children torn apart by the grips of addiction. Today’s announcement is for each one of them. For the mom who lost her son in the prime of life. For the father who begs their daughter to enter treatment. For the little girl in foster care that prays everyday her parents will get better and that she can return home. These are so often the stories of the opioid epidemic and these are the Kentuckians we are fighting for.”

Some of these funds, once acquired by the state, will go to Madison County, who was one of the first governments to sign on to the lawsuit in 2017 and alleged the distributors have unlawfully sold millions of prescription opioids in the county, which resulted in the drugs entering the illicit market.

Madison County Judge and Kentucky Association of Counties President Reagan Taylor was present at the press conference Wednesday afternoon, and said it was an honor to be there.

He stated as one of the first counties to join the class action opioid lawsuit, Madison County sent a loud and clear message to some of the largest players in the prescription drug distribution ring this government will not allow those actions to go unchecked.

“During my time in office, I have shouted from the rooftop that the drug epidemic has been the root of so many of issues in Madison County: our detention center overcrowding, the impact on our first responders, demand on our health care system, the exhaustion of our social service providers, and the impact on our workforce, to name a few,” Taylor said. “While we don’t know locally the full impact of the settlement for Madison County, I will work tirelessly to ensure Madison County gets its fair share of the settlement funds.”

According to the Kentucky Overdose Fatality Report from 2019, 53 overdose deaths were confirmed for a 62.32% age-adjusted mortality rate in Madison County.

In December 2020, the overdose record was surpassed when there were around 57 overdose deaths confirmed at the end of the year.

As of Wednesday afternoon, Madison County Coroner Jimmy Cornelison said he has 42 confirmed overdose deaths, and 13 toxicology reports pending. He expects this year’s overdose rate to surpass that of previous years.

While Cameron and Taylor said this will not conclude the process, the AG’s office will have 30 days to review the settlement agreement and make sure they are the right terms for the commonwealth before it will move forward.