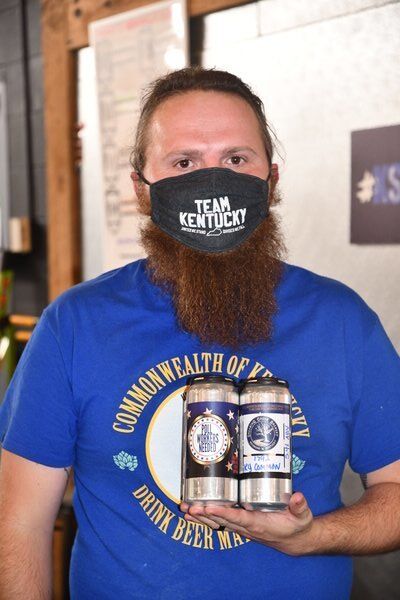 Head brewer Patrick Fannin poses with the new cans endorsing the campaign 'SOS from your SOS.' 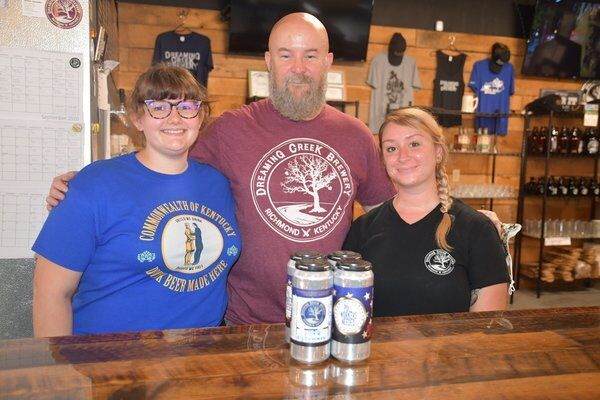 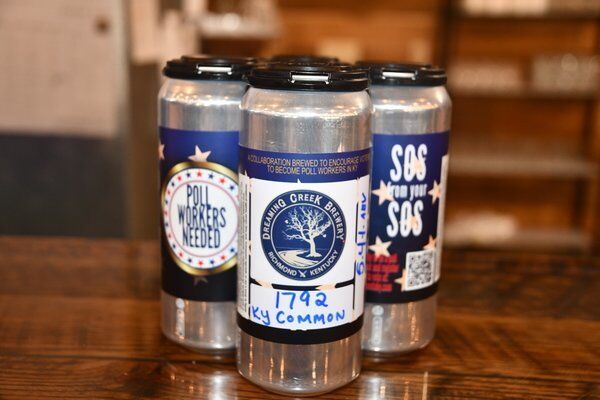 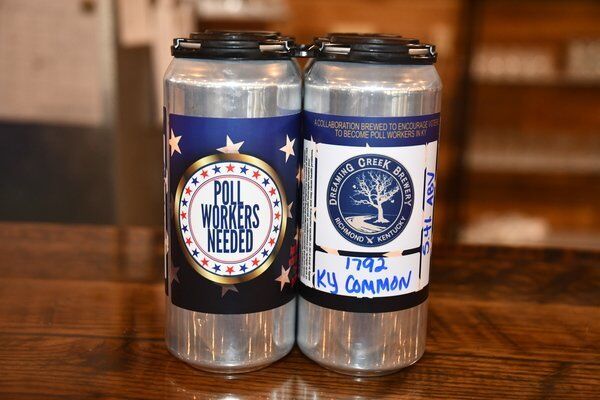 Head brewer Patrick Fannin poses with the new cans endorsing the campaign 'SOS from your SOS.'

In efforts to recruit younger citizens to work in polling stations in the upcoming general election, Secretary of State Michael Adams has enlisted an unlikely partner: the Kentucky Guild of Brewers.

This includes the help of local favorite, Dreaming Creek Brewery, who said they jumped on the opportunity when asked to participate in the campaign.

"We along with several other microbreweries around the commonwealth were eager to help support the initiative by getting custom labels to help promote and make the information easily accessible through QR codes," co-owner Charley Hamilton told the SOS office. "With COVID-19 still a strong concern going into the voting season, poll workers are in short supply. This initiative will hopefully bring attention to this and get some new folks to help out working the polls come voting time."

Together the two groups designed beer labels that solicit volunteers to work the polls and encourage Kentuckians to register to vote which read: 'SOS from your SOS.' The labels have QR codes directing people to govoteky.com where imbibers can register to vote and apply to be a poll worker.

Secretary of State Michael Adams announced the partnership on National Poll Worker Recruitment Day on Sept. 1, and said there was a critical need for poll workers as the nation heads towards the Nov. 3 election.

A normal election requires 15,000 poll workers in Kentucky. During the primary, many voting precincts were unable to open because there were not enough poll workers to man them.

"Last year, I testified to the legislature that we had a poll worker crisis in Kentucky," Adams said. "COVID-19 certainly hasn't helped. We need younger generations to step up and be good citizens, and so we enlisted the help of Kentucky's craft breweries to reach them.

"There is a crisis brewing -- no pun intended -- of older poll workers reaching the end of their time to volunteer and be poll workers. We don't have the bench to replace them," Adams told The Register. "....With this we are trying to find younger generations like millennials and Gen X to step up or we won't have in-person voting like we have the past 200 years."

No stranger to the struggle of recruiting new poll workers, Madison County Clerk Kenny Barger said as of Friday, his office has 190 workers signed up to help in the election.

More than half that number, he said, were new workers -- an exciting surprise.

"We still want to get them vetted, and let them see what the day is going to be like," Barger explained.

However, with mail-in voting, early voting, and potentially seven polling locations for walk-in voting on Election Day, Barger said he needs workers for more than just one day.

As opposed to needing them specifically for Election Day, Barer said he needs workers for the days leading up.

"But what we need is staff during the week for processing early voting," he said.

Still, Barger needs workers to staff early election voting stations and stuff mail-in ballot packets which is the most difficult.

"[The greatest] difficulty is with the mail -in process," Barger said. "We have a pool of 25 folks that can help us stuff the ballots, but we have to get them ready to go back in and they have to be on an approved list from the county election board."

However, Barger has already noticed a wider variety in ages who have committed themselves to work at the polls.

The average age of poll workers is typically those in their 60s, but Barger said his staff for the general election consists of those in their 20s, 40s, 50s and 60s.

Adams said the campaign has really taken off, with 800 people signing up to work the polls in the first day of the campaign launch on Tuesday.

"It has taken off and we hope it gets the word out," Adams said.

The campaign, SOS From Your SOS, is now being carried out by four Kentucky breweries and can be found at Monnik Beer Co., Pivot Brewing Company, Dreaming Creek Brewery and Wooden Cask Brewery.

For more information about becoming an election officer, visit madisoncountyclerk.us/how-to-become-an-election-officer.