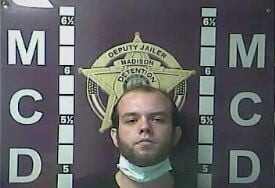 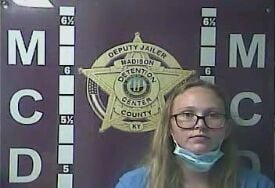 A mother and father have been indicted with a capital murder charge and nine counts first-degree criminal abuse after their seven-month-old child died from severe trauma to his brain and spinal cord.

The Madison County Grand Jury handed down a decision Wednesday, Sept. 8, which cited ten individual charges Cody and Savannah Northern of neglect and abuse of their infant.

On Thursday, Sept. 4, Cody Northern, 22, Berea, and Savannah Northern, 23, Berea, were arrested by Berea police and were originally charged with first-degree manslaughter.

According to a citation, around 10:49 a.m. on Thursday, Berea police responded to a residence in reference to a seven-month-old child not breathing.

Cody and Savannah Northern identified themselves as the victim’s parents, and both said the victim had choked while drinking from a bottle. The victim was transported to St. Joseph Berea, where they were pronounced deceased shortly after.

The citation states, a hospital examination of the infant revealed several severe injuries on the victim not related to the possible choking, including hemorrhaging in the brain, possible left occipital skull fracture, multiple fractures in the lower ribs, and old fractures of the left humerus and right femur.

The citation states, an autopsy was completed on Thursday at the State Medical Examiner’s Office in Louisville. The preliminary diagnoses of death was determined to be by brain hemorrhages, spinal cord hemorrhage, multiple rib fractures, abrasions, and contusions to the head, torso, and upper and lower extremities were noted. Manner of death is listed as a homicide. A final diagnosis is pending.

According to a citation, on Thursday, an officer spoke with Cody and Savannah Northern at the Berea Police Department.

The citation states, Cody Northern, told police he and Savannah were caring for the victim, and no one else had access to them. He said he does not know how the victim was injured in such a way, and he could never hurt his children. Upon further questioning, Cody Northern told the officer he did not want to speak to him any longer, and the interview was ended.

The couple were arrested and taken to the Madison County Detention Center.

According to their indictment, the abuse allegedly inflicted by the parents occurred between Jan. 4, 2021 and Sept. 2, 2021. The document cites multiple occasions where Cody and Savannah Northern fractured their child's skull, breaking his ribs, arms legs, as well as leaving bruising and abrasions on his face, head and torso.

The Northern's should be arraigned sometime next week.

The story will be updated as more information becomes available.