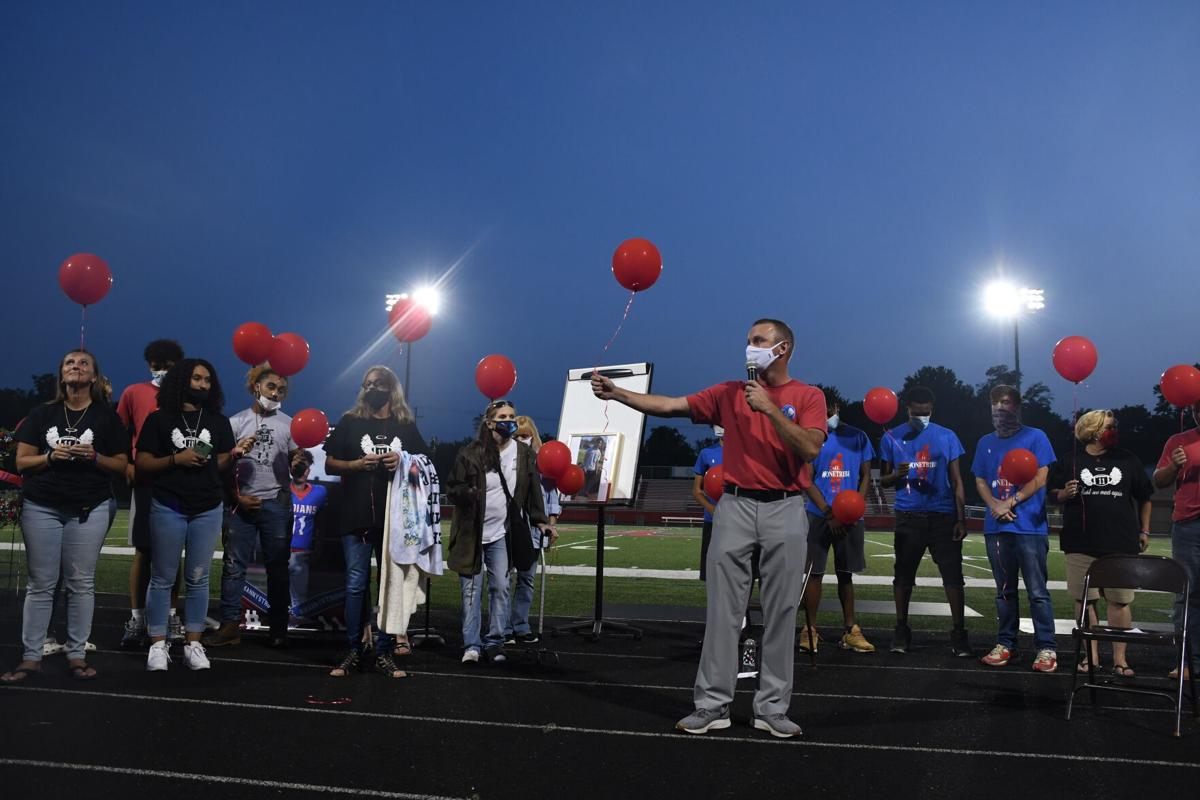 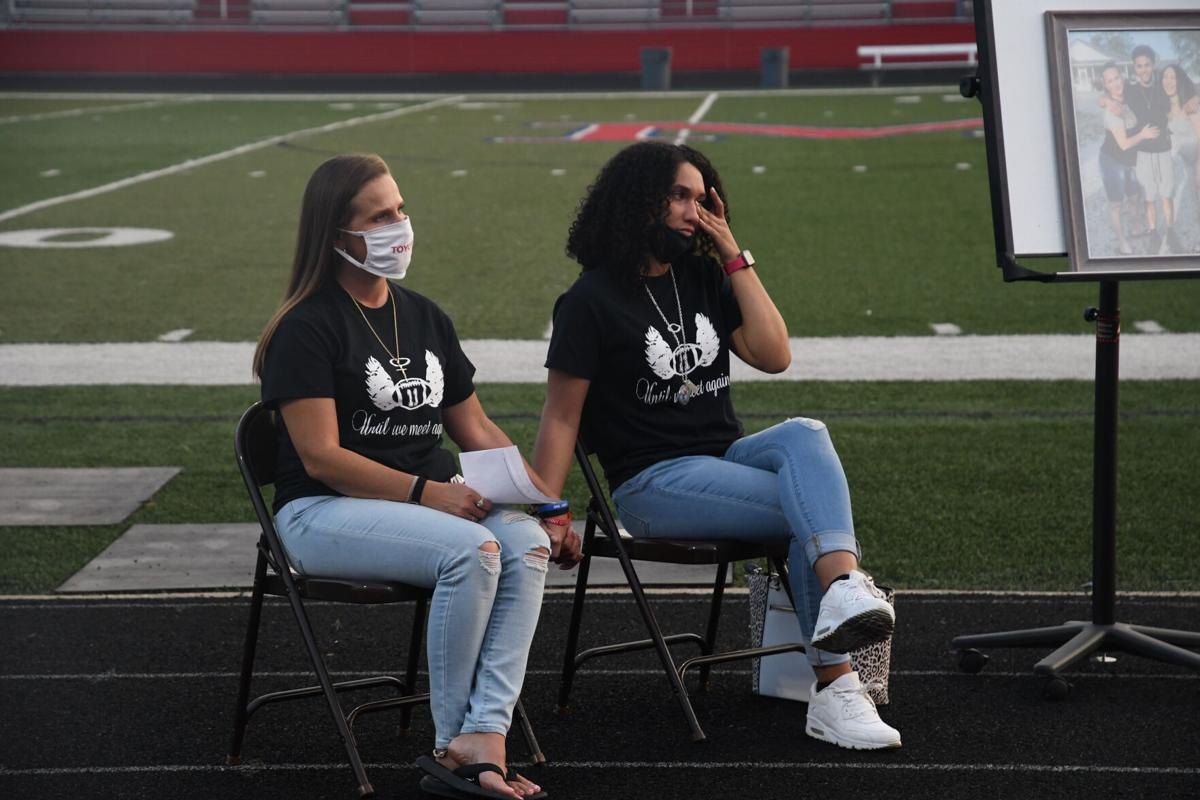 Manny's mother, Kelly (left), and sister Jessirae (right), hold hands at the start of his celebration of life.

Manny's mother, Kelly (left), and sister Jessirae (right), hold hands at the start of his celebration of life.

Those are the words Madison Central Principal Brandon Fritz said would be his goal to honor Emanuel 'Manny' Prewitt this year.

Prewitt, who would have been a senior at Central this August, died in June after he drowned while swimming at Lake Herrington.

At Prewitt's celebration of life ceremony at the Indian's football field Thursday night, Fritz grew tearful when he talked about his goal and the impact of Prewitt's death in the community and school.

"It's been a tough year," he said. "It's been tough on Madison Central, and tough on the community...Tonight we came here to celebrate Manny, and hear all those things that you all talked about him, it was nothing but loving each other and uniting more."

Fritz, clearly emotional, explained how getting to know the Prewitt family has been both a blessing and an example of how to love, and love like they never have before.

"We are going to use Manny's life as a reason to be better," he cried.

Before Fritz spoke, several other people who knew Prewitt — his teammates, family and coaches — shared heartfelt words to honor their friend's short life.

Coach Mark Scenters spoke about Prewitt, and questioned what the young man would think of the event and everyone there to honor him.

"It would embarrass him," his mother, Kelly Prewitt laughed.

But, as it was a celebration of life, Scenters said there was a lot to celebrate including how smart, hardworking, and loving, young Prewitt was.

Scenters said Prewitt was a great teammate, and athlete, as he played most of the last season hurt.

"I hope we shaped his life in some way, but I know this: He shaped ours and in a lot of different ways. Even before the tragedy of losing him way too soon," Scenters said. "He shaped a lot of lives with how he lived his."

At the end of the celebration, Prewitt's teammates, family, and friends each grabbed a red balloon to release.

His mother released the first balloon and as she did, she said to her son, "Momma loves you, baby."