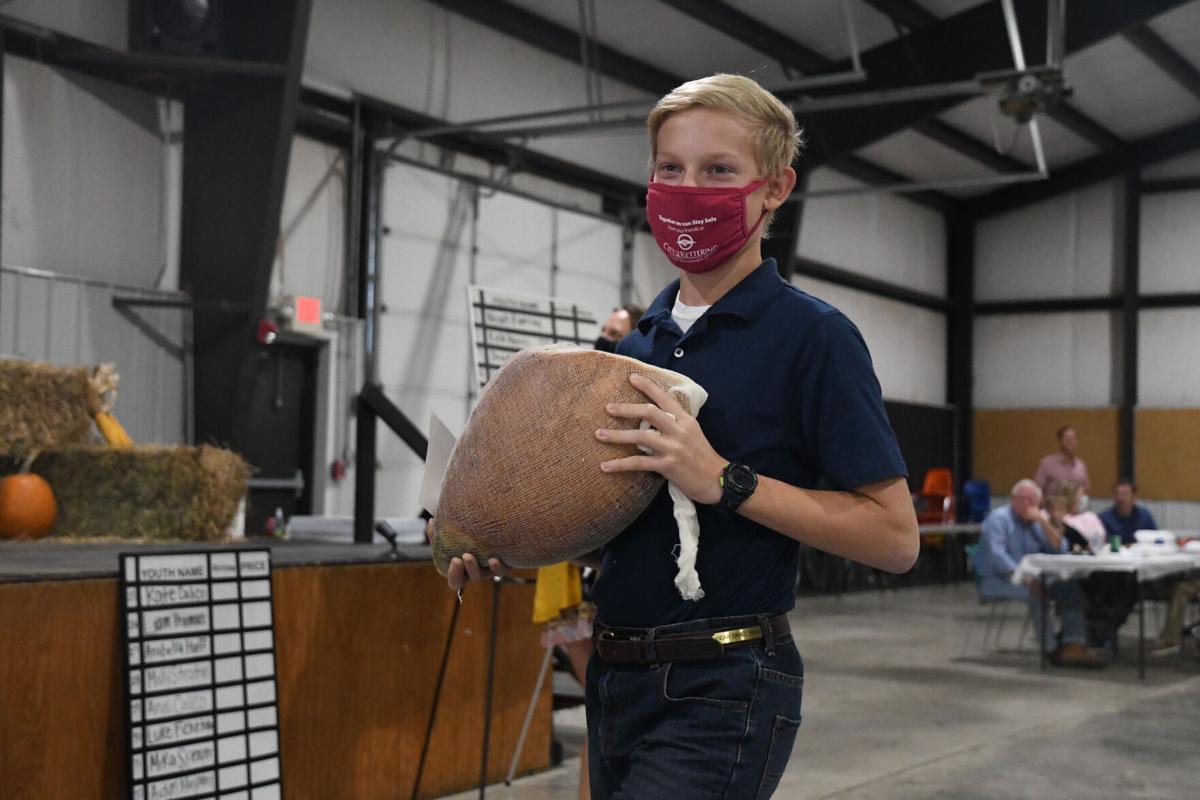 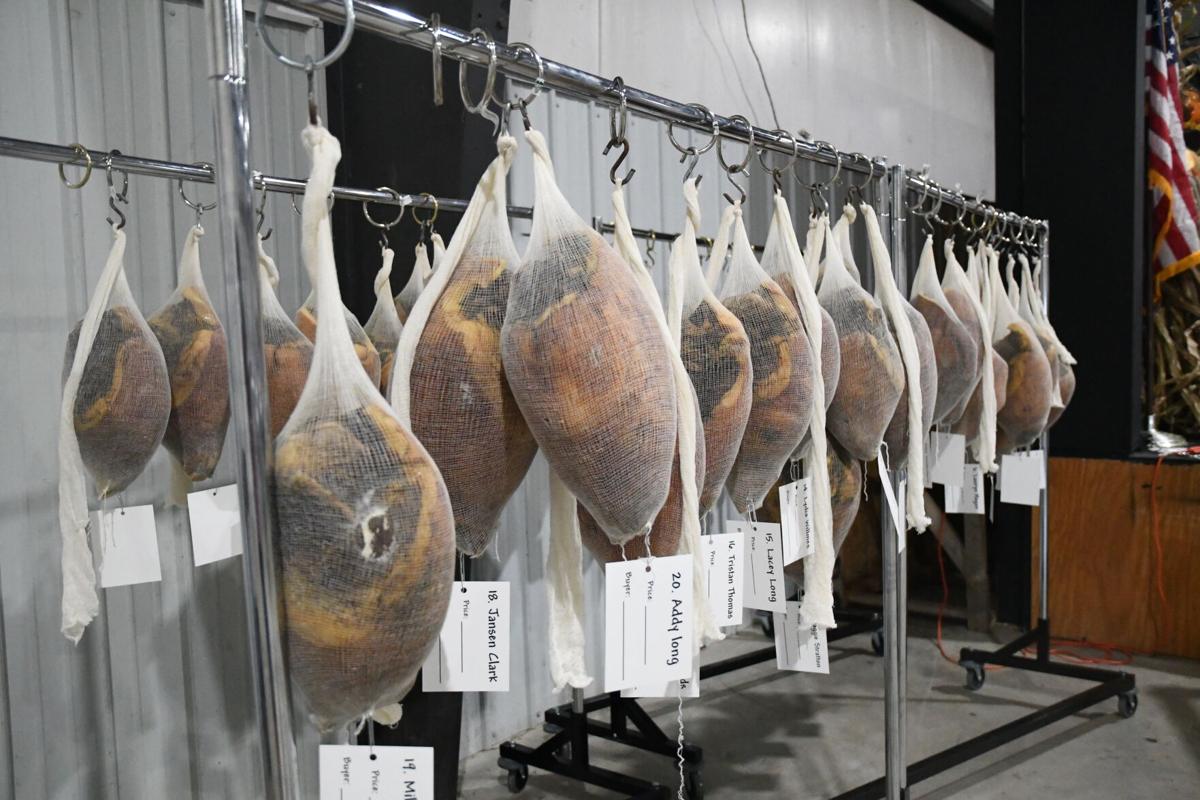 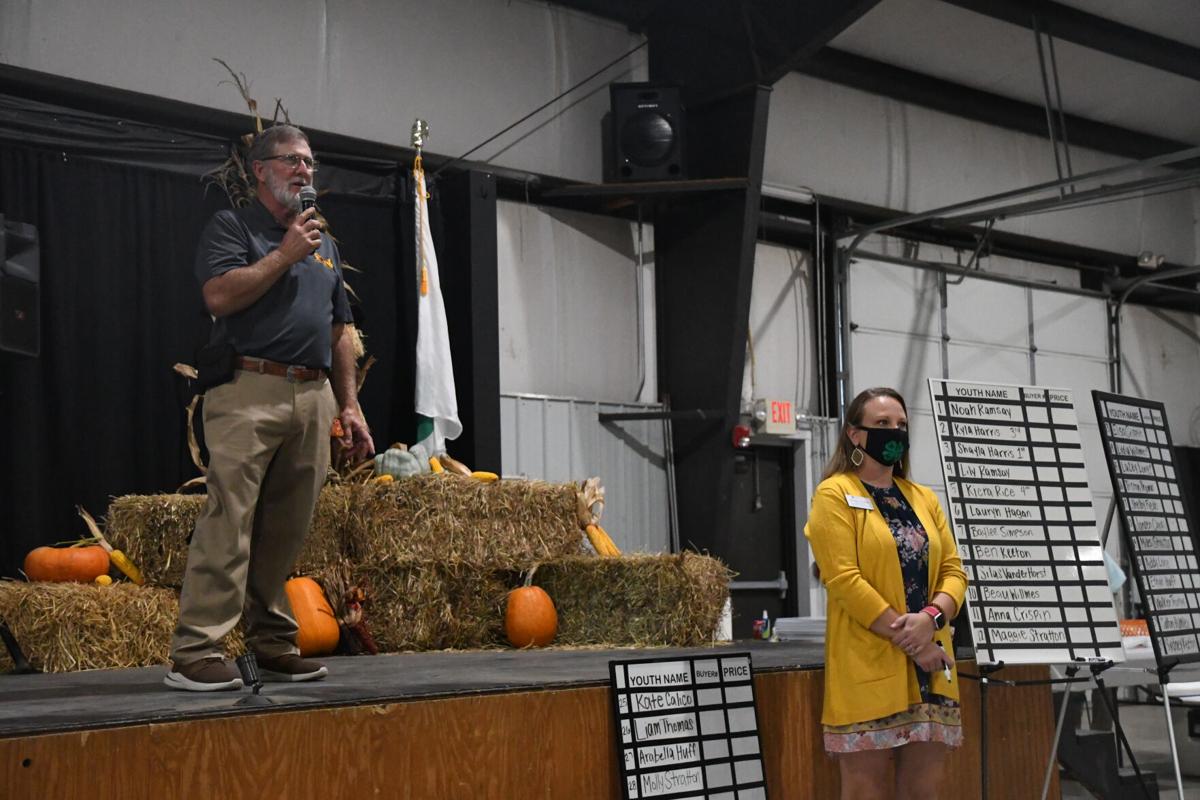 Darrell Tate was an auctioneer at the Thursday evening auction.

Darrell Tate was an auctioneer at the Thursday evening auction.

“Madison County 4-H prides itself on providing opportunities for youth to develop skills they will use for the rest of their lives. We may not all agree on the importance of preserving meats, or even the importance of preserving the heritage that is associated with curing country hams,” the program read. “However, we can agree that communication, business marketing, and public speaking skills will serve these young people well no matter their intended career path.”

The students cure two hams at the extension office, complete six hours of educational training on hams and livestock, and give speeches at the county and state fairs. In addition, all had to visit local businesses and farmers to market their ham, as well as the auction.

Thursday evening, many gathered inside Robinson Hall to support the young 4-H students who began curing their meat since January of this year.

One-by-one, young 4-Hers were called up to showcase their hams through a hall full of people while auctioneers Darrell Tate and Danny Ford wrangled up bids and sales for hundreds of dollars.

The auction rules state that because these hams are not USDA inspected, they can not be sold. However, if a bidder happens to notice an outstanding job and wants to reward a young 4-H participant, then a bid can be placed.

If you are a successful bidder, the program states, you will be given the ham as a ‘Thank you’ for the donation.

According to Marty Sewell, a representative of the county fair board, the highest ham went for $1,900. The lowest ham went just under $500. In total, $22,000 was raised for 4-H youth, according to the 4-H Facebook page.

With 34 participants, he said that was a good chunk of change. In addition, each amount purchased for the ham goes directly back to 4-H who then writes a check out back for the student.

On behalf of himself and the other elected officials of Madison County, Taylor was able to purchase a ham himself.

“Madison County 4-H is such an important part of developing our young leaders and the future of our great county,” said Judge Taylor. “It was an honor for me to be able to reward all of the dedicated young people for their hard work in this year’s country ham project. I also appreciate our Sheriff, County Clerk, County Attorney, Jailer, and PVA for joining me in supporting this event. We are all pretty excited about our hog purchase.”

Others who purchased cured meats included members of the Beef Cattle Association, Friends of 4-H, Farm Bureau, the Madison County Fair Board, Whitaker Bank, and Skipworth Veterinary Clinic to name a few.

In addition to the ham auction, a silent auction was held simultaneously with gift baskets for people to bid on. Some baskets featured movie night treats, grilling packs, coffee snacks and other speciality packages.