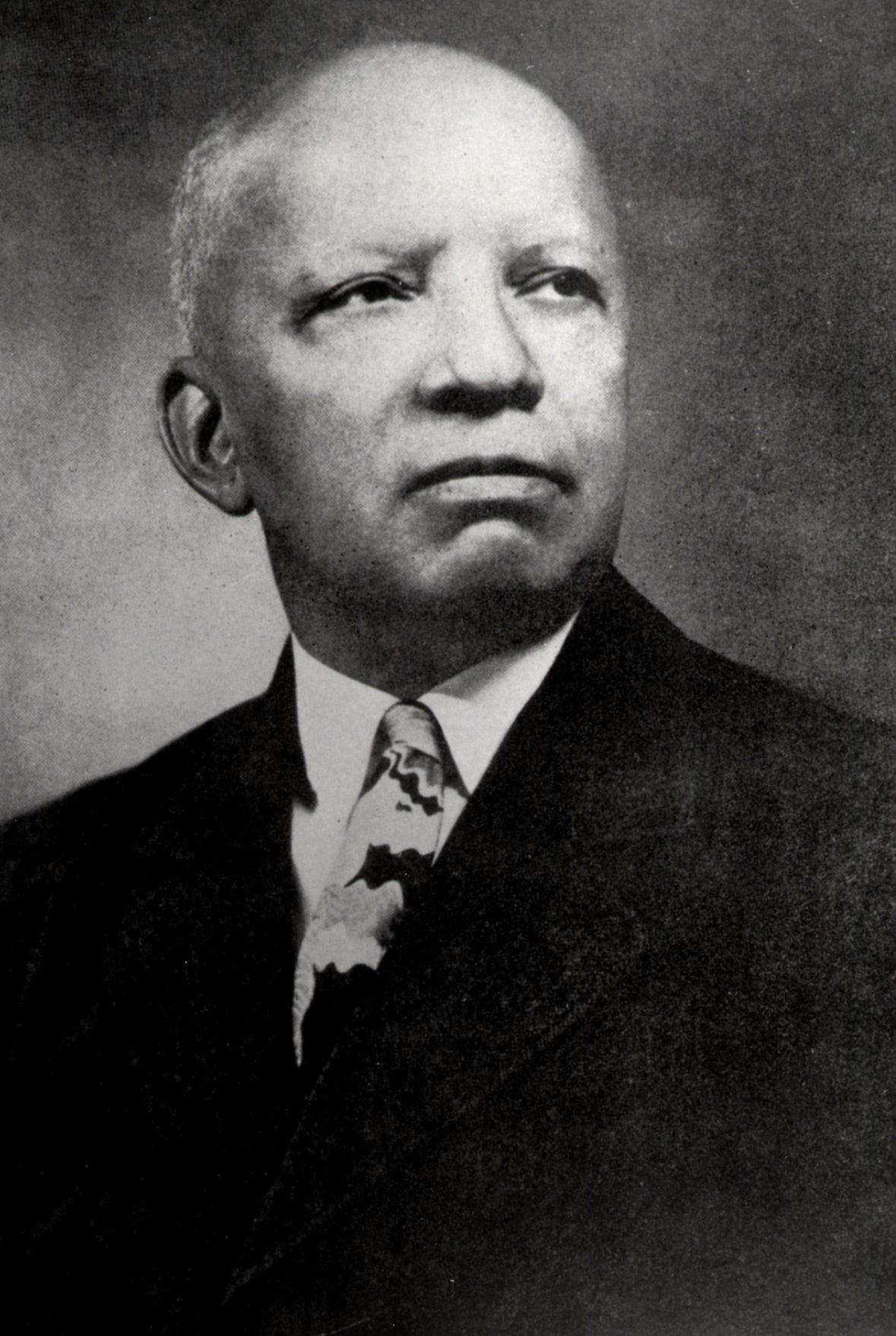 A nationally recognized scholar in his own time, Carter G. Woodson is regarded as the “father” of what became Black History Month. 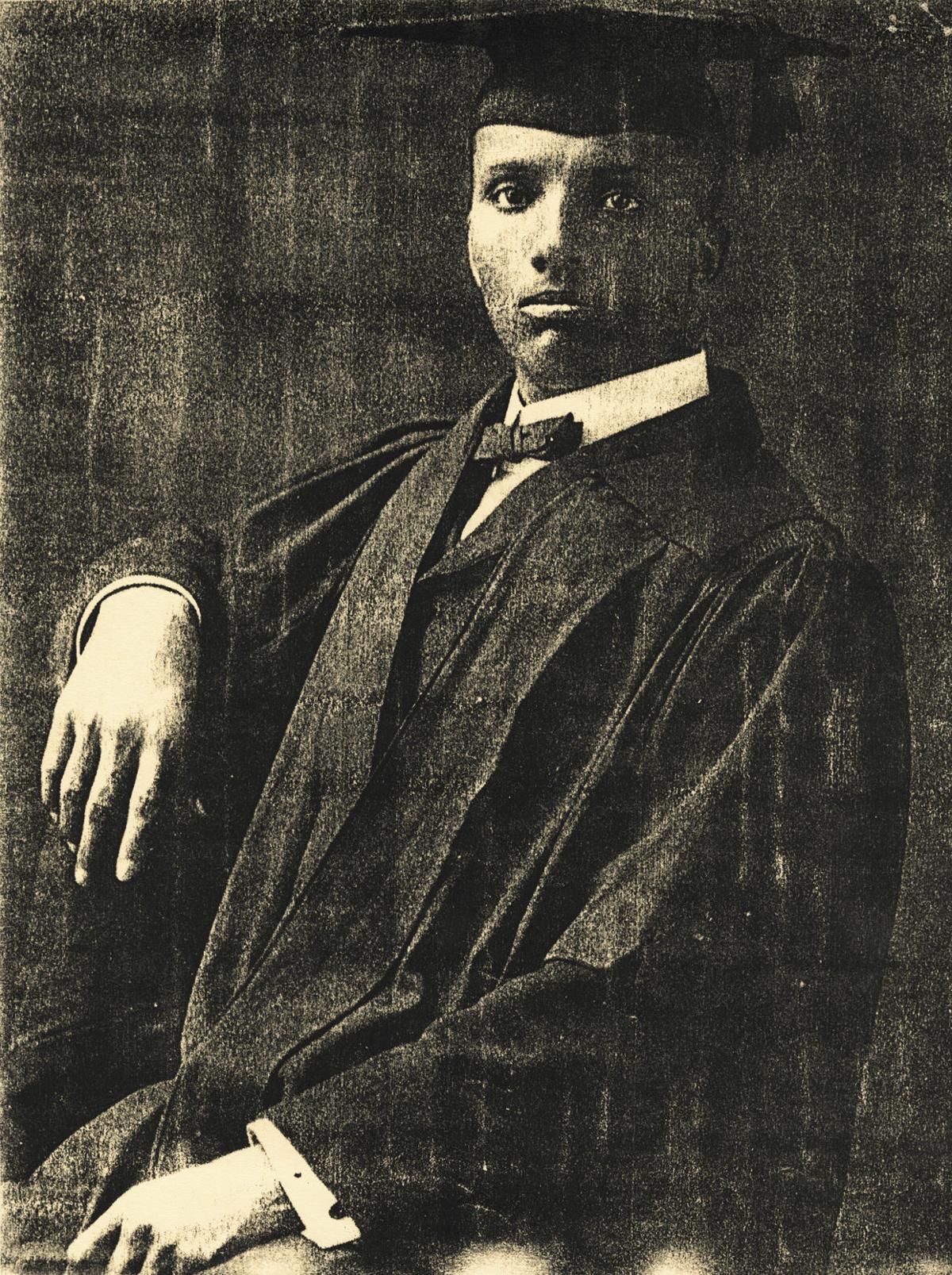 Carter G. Woodson, a pioneer in the study of black history, graduated from Berea College in 1903.

A nationally recognized scholar in his own time, Carter G. Woodson is regarded as the “father” of what became Black History Month.

Carter G. Woodson, a pioneer in the study of black history, graduated from Berea College in 1903.

The national emphasis on the history of black Americans and their contributions to the nation and their communities has a strong connection to Madison County.

In 1895, a young man from West Virgina, Carter G. Woodson, who worked as a coal miner while attending high school, enrolled at Berea College.

The son of former slaves, Woodson attended college part-time, while teaching at a school that black miners in West Virginia organized for their children. He received a bachelor’s degree from Berea in 1903.

As a child, Woodson’s family moved to Huntington, W.Va., after his parents learned a school was being built there for black children.

After graduating from Berea, Woodson continued his education at the University of Chicago, where he earned a second bachelor’s degree and in 1908 was awarded a master’s degree in European History.

He then continued his studies at the Sorbonne in Paris, France, and at Harvard University where he earned a Ph.D. in history in 1912. He was the second African-American to earn a doctorate from Harvard. W.E.B. DuBois was the first in 1907.

As an educator, Woodson devoted himself to the study and promotion of black history, which was largely ignored by most scholars.

In addition to research and writing, Woodson served as principal of Armstrong Manual Training School in Washington, D.C., before becoming a dean at Howard University in Washington and for the West Virginia Collegiate Institute .

To promote the teaching of black history, Woodson pushed for a week of emphasis in February, between the birthdays of Abraham Lincoln, Feb. 12, and Frederick Douglass, Feb. 20.

Eventually, Negro History Week would become Black History Month, and most schools of higher learning would incorporate courses or majors in black studies into their curricula.

Woodson died April 3, 1950, at the age of 74 and is buried at Lincoln Memorial Cemetery in Suitland, Md.

Berea College was the first institution of higher learning in a former slave state to educate black and white students together.

For much of its early history, Berea’s enrollment was divided nearly evenly between black and white students.

That was the vision of its founder, the Rev. John G. Fee, who was invited to Madison County by anti-slavery politician Cassius M. Clay. Fee built a church on southern Madison County land that Clay deeded to him in 1855. During the week, the church building was used as a school.

Clay’s support for Fee waned after the preacher announced at an Independence Day picnic that as a Christian, he could not obey the Fugitive Slave Law that was part of the Compromise of 1850. The compromise was introduced by U.S. Sen. Henry Clay of Kentucky who hoped it would help avoid secession and civil war.

Then in late 1859, a statement Fee made at Henry Ward Beecher’s Brooklyn, N.Y., church was interpreted in Kentucky as voicing support for John Brown’s attempt to arm slaves for rebellion. At a public meeting at the Madison County Courthouse, a “Vigilance Committee” was formed that December with orders to force Fee and his Berea colleagues from the state within 10 days.

The Bereans asked Gov. Beriah Magoffin for protection but were told they would be protected only as they left the state, according to “Madison County: 200 Years in Retrospect.”

They left, but Fee managed to return undetected as the Battle of Richmond raged in late August 1862.

When Confederate armies left Kentucky after the Battle of Perryville that October and the Union Established Camp Nelson to train black soldiers in Jessamine County, Fee worked as a teacher there. When peace came, Fee revived his school at Berea and many of his former students at Camp Nelson followed him there.

The ratio of black to white students at Berea continued to be nearly equal until the late 19th century. When William G. Frost became Berea’s third president in 1892, he began aggressively recruiting white students, enlarging the college with a goal of achieving a student body that reflected the black/white ratio of the Kentucky population.

But even that wasn’t enough for those in Kentucky who opposed racial equality. Rep. Carl Day of Breathitt County introduced a bill in the General Assembly aimed at Berea and its experiment of integration on the basis of equality.

In 1904, the year after Woodson graduated from Berea, the law forced black students to leave. The college appealed to the U.S. Supreme Court but lost its case.

Berea then created the Lincoln Institute for black students in Shelby County, but that school did not offer college courses.

By 1950, attitudes had changed, and the Day Law was amended to allow integrated education at the college level. Black students then returned to Berea.

Today, Berea’s Carter G. Woodson Center for Interracial Education helps carry on the legacy of the former coal miner who became an early black history scholar and the father of what is now Black History Month.

For more about the early history of Berea, see “Madison County: 200 Years in Retrospect” published by the Madison County Historical Society.